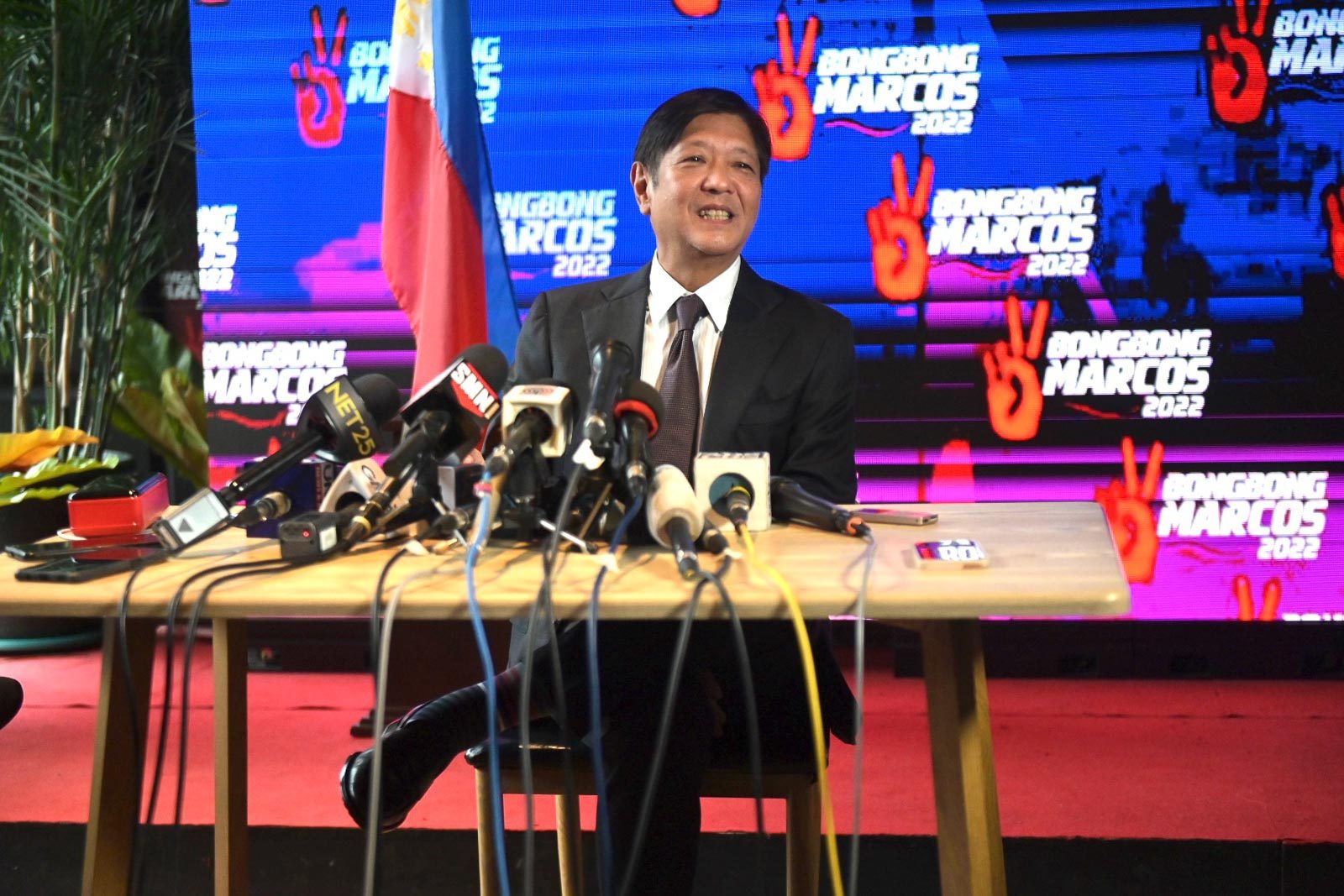 NEXT PRESIDENT. Ferdinand Marcos Jr. speaks to media at his campaign headquarters in Mandaluyong City, May 23, 2022.

Facebook Twitter Copy URL
Copied
The incoming budget department will have about two months at most to include president-elect Ferdinand Marcos Jr.'s priority programs in the proposed 2023 fiscal plan

MANILA, Philippines – President-elect Ferdinand Marcos Jr. instructed the Department of Budget and Management (DBM) to ensure that his priority programs are contained in the 2023 fiscal plan.

In a statement on Thursday, June 2, incoming Budget Secretary Amenah Pangandaman said the president-elect’s focus areas include the following:

“I aspire to draft and implement a budget that will promote a broad-based and inclusive economic recovery and growth,” said Pangandaman.

“President-elect Marcos’ priority programs are in line with that,” she added.

When the incoming administration takes office on June 30, the 2023 National Expenditure Program (NEP) will be on its way to being finalized.

The incoming DBM will have about two months at most to inject Marcos’ priority programs into the NEP. The constitutional deadline for the submission of the proposed budget to Congress is a month after Marcos’ first State of the Nation Address, which is on July 25.

New presidents usually do not have full control of budget priorities until their second year in office when they draft the fiscal plan themselves.

In Marcos’ case, this means that the first budget that his administration will fully craft is for 2024. The remaining 2022 budget and the bulk of the 2023 budget were crafted by the Duterte administration.

Pangandaman said on Thursday that the entire economic team is “set to meet soon” and that she will work with them to “fulfill” Marcos’ campaign promises.