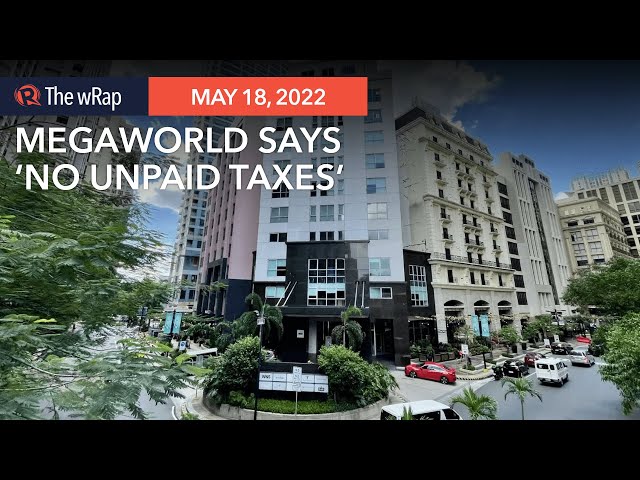 MANILA, Philippines – Property giant Megaworld Corporation said its records show it has no unpaid tax liabilities “needing any enforcement action” by the government.

“It is regularly audited by the large taxpayers service of the BIR (Bureau of Internal Revenue) head office, and all its tax returns up to taxable year 2020 have been examined, and all previous deficiency assessments have already been paid for by the company and duly cleared by the BIR head office,” Megaworld said.

The statement released on Wednesday, May 18, comes a day after the BIR told reporters that it would issue a closure order against the Andrew Tan-led company.

The BIR retracted its order “until further notice,” but it has yet to explain why it initially wanted the company closed. Rappler sought clarification but has yet to get a response from BIR officials.

Sources told Rappler that Megaworld executives were “caught off-guard” by the news on Tuesday, May 17, as the company never received any complaints that would “warrant a closure.”

However, Megaworld said there was an “initial disagreement” with BIR Revenue Region No. 8B regarding its jurisdiction on conducting a tax audit of “some” of the company’s properties. The company added that the matter “has been clarified and resolved yesterday.”

“Some simple documentary requirements would and should not be a basis for closure. The company could easily give BIR that, hence the quick turnaround from yesterday’s tweets fiasco,” said a source who requested anonymity.

Megaworld also said that “for pending tax audits, the company continues to maintain its stance of full cooperation with the tax authorities in accordance with their mandate to collect badly needed revenues for the government.” – Rappler.com