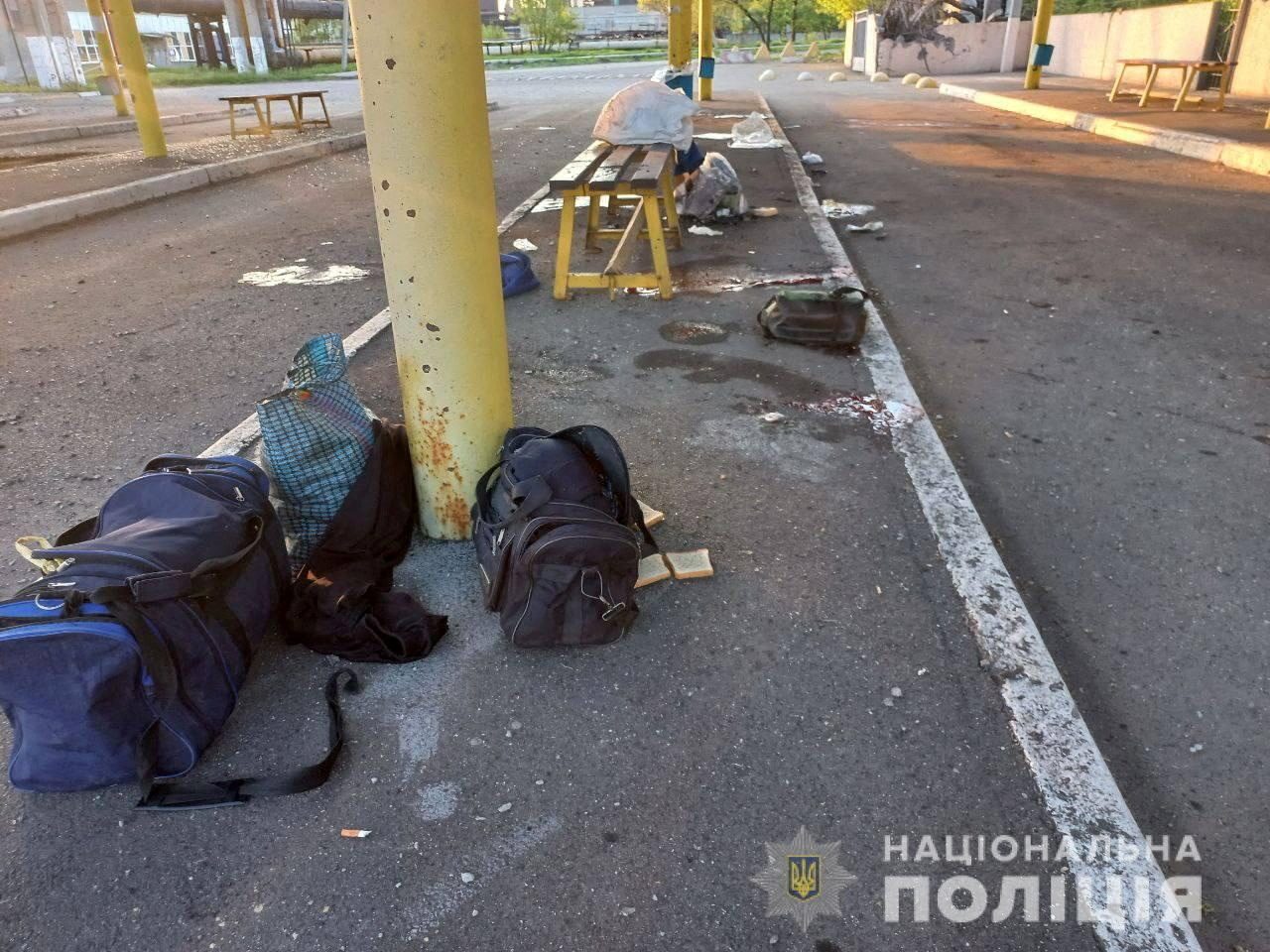 SHELLING. Debris is seen after, according to the local governor, at least 10 people were killed by Russian shelling of a coking plant in the city of Avdiivka, Ukraine, in this handout image uploaded on May 3, 2022.

KYIV, Ukraine – Ukraine’s largest steelmaker, Metinvest, said on Wednesday, May 4, it had offered to evacuate staff from its coking plant in the eastern frontline city of Avdiivka after 10 workers were killed in Russian shelling.

The workers were killed at a bus stop on Tuesday, May 3, as they waited for a bus to take them home after they finished their shift at the factory.

“Despite difficult logistics and hostile shelling, the Metinvest Group is ready to evacuate all employees and members of their families who wish to leave the dangerous place,” Metinvest said in a statement.

It added 20 people had also been wounded in an attack that gave the victims no time to return to the plant’s bomb shelters which are equipped with drinking water, medicines, and generators.

Metinvest said it was carrying out a process of “conservation” at the Avdiivka Coke and Chemical Plant, the largest coke producer in Ukraine, and that it had minimized the number of staff working on the plant’s industrial sites.

Specialists continue to work to ensure the storage of industrial facilities, it said.

Metinvest, which is controlled by Ukraine’s richest businessman, Rinat Akhmetov, put some of its production facilities into a special “hot conservation” regime at the start of Russia’s invasion to protect equipment and prevent accidents during Russia’s invasion.

They include the Illich Iron and Steel Works, the second largest metallurgical enterprise in Ukraine, and the Azovstal iron and steel works, which is one of the biggest steel rolling companies in the country and is in the port city of Mariupol. – Rappler.com