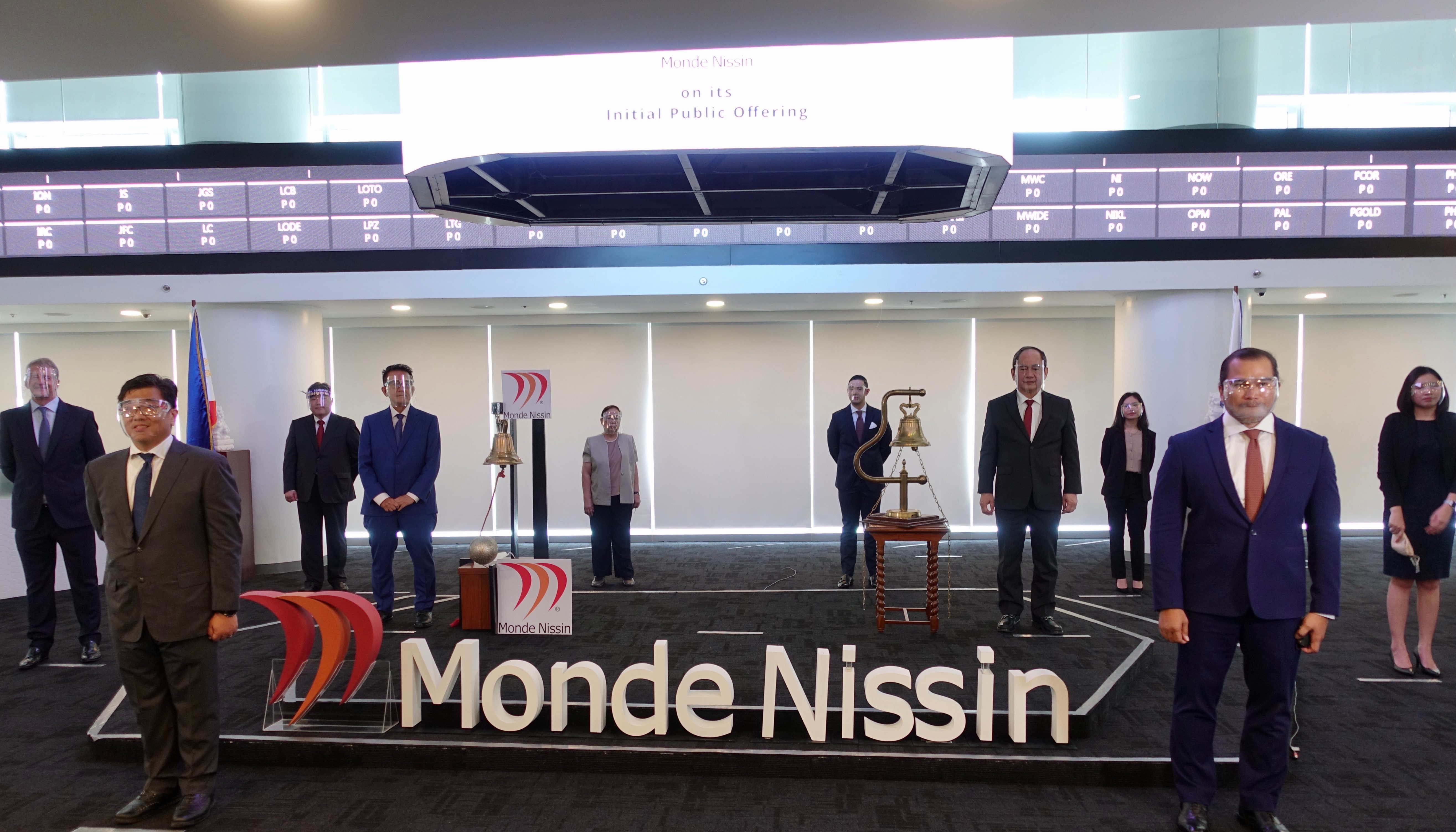 Facebook Twitter Copy URL
Copied
After its explosive IPO, Monde Nissin is spending P26.5 billion in the next three years, part of which will be used for its alternative meat business

Monde Nissin is looking at a 1,000% growth in the alternative meat market in the next 10 years to drive the company’s growth, assuring investors that its massive P48.6-billion (around $1-billion) initial public offering (IPO) is all worth the hype.

On Tuesday, June 1, Monde Nissin listed on the Philippine Stock Exchange following its IPO, which was four times oversubscribed, amid challenging conditions in the equities market brought about by the coronavirus pandemic.

The offering is the Philippines’ largest IPO to date and the biggest food IPO in Southeast Asia.

Monde Nissin, known for brands like MY San Biscuits, Dutch Mill, and Lucky Me!, is  banking on Quorn, a meat substitute product, to drive growth, as Filipinos slowly embrace going meatless. The company bought the British meat-alternative food producer for £550 million (P38.93 billion) back in 2015.

Monde Nissin chief executive officer Henry Soesanto said the company currently corners 1% of the total protein sector and expects to exponentially grow over the next decade.

“Ten years from now, based on several studies, this meat alternative protein business will be at least 10% of the total alternative sector. That’s 1,000% in the next 10 years and that is explosive growth,” Soesanto said.

Monde Nissin chief finance officer Jesse Teo said the company is spending P26.5 billion in the next three years, part of which will be for its alternative meat business.

“There is a huge take-up in the United States [for alternative meat] and the potential here is huge as well. The time is right to bring Quorn back…. The market is very ready, the potential in Asia is enormous,” said David Nicol, Monde Nissin chief strategy officer.

Nicol also noted that Monde Nissin is open for acquisitions that can be beneficial or be built on its current alternative meat technologies.

While Lucky Me! currently captures around 70% of the total instant noodles market, Filipinos do not consume as much noodles as their Vietnamese or Korean counterparts.

Soesanto said they are addressing this, with one strategy lowering oil content in their noodles by 70% without altering the taste.

Shares of Monde Nissin closed slightly lower by 0.15%. It was the most actively traded stock on Tuesday with a value of over P3.2 billion.

The Philippine Stock Exchange index ended flat at 6,627, down by 0.02%, with four of the seven subindices in the red. – Rappler.com