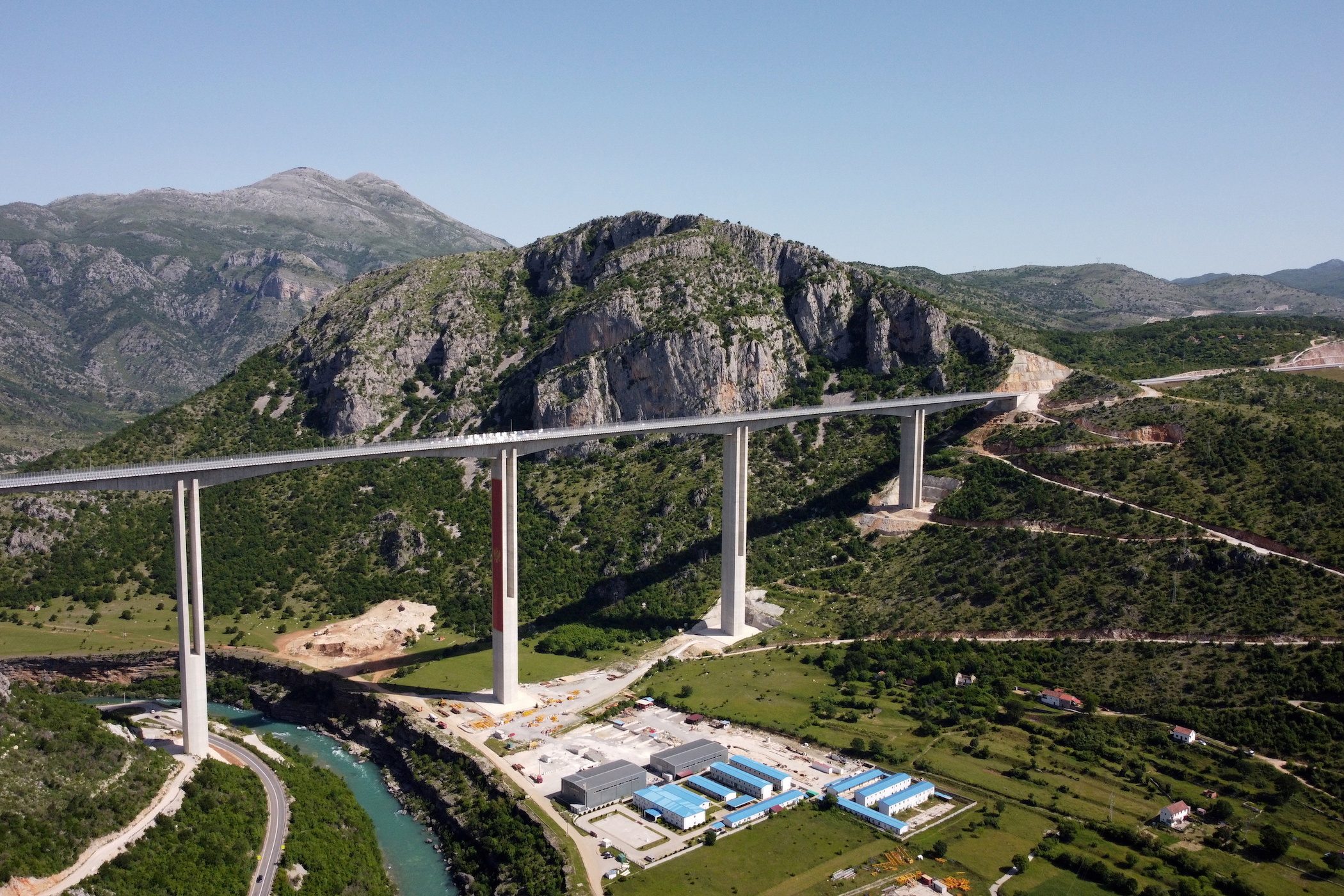 DEBT. A drone picture taken on May 25, 2021, shows Moracica bridge on the first leg of a new highway in Montenegro, linking the port of Bar with the border of Serbia, built with a large Chinese loan that has sent Montenegro's debt soaring.

China sees the Western Balkans, which includes Albania, Bosnia, Kosovo, North Macedonia, and Serbia, as well as Montenegro, as part of its Belt and Road initiative to expand Chinese influence.

Beijing has invested billions in the region, mainly through soft loans in infrastructure and energy, which could complicate EU expansion east.

The 2014 Chinese loan for the construction of a stretch of the highway from the Adriatic coast of Montenegro – a NATO member and candidate to join the EU – to the border with Serbia, sent Montenegro’s debt soaring to a total of 103% of economic output and forced the Montenegrin government to ask for EU help.

At a session of the parliamentary committee for finances and budget, Finance Minister Milojko Spajic declined to identify the European financial institution due to a non-disclosure agreement, but said discussions were “in the final phase.”

“Instead of a 2% [dollar] interest rate on the [Chinese] debt…the rate will be 1% in euros, grace period of six years…and repayment of 20 years,” Spajic told the committee.

Montenegro’s finance ministry also filed an amendment to the 2021 budget that would serve as a legal precondition for the refinancing or repurchasing of the state debt.

The budget has been the subject of protracted debate in the 81-seat parliament.

“To repurchase or refinance the debt, the government can borrow up to 900 million euros in 2021…through arrangements with international financial institutions, bond issues, bilateral and other credit arrangements,” the amendment said. – Rappler.com