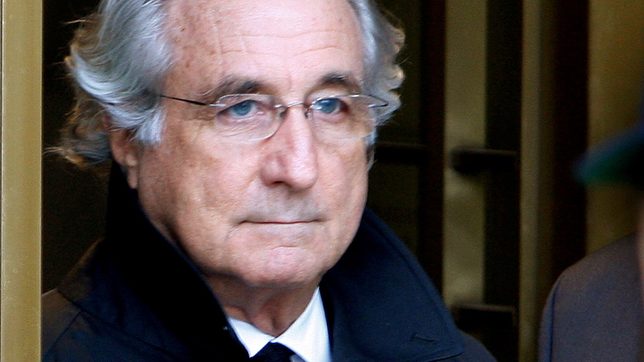 Facebook Twitter Copy URL
Copied
More than 42,000 claimants are eligible for payouts. The latest distribution boosts their recovery from all sources to 81.35% of their losses.

Victims of Bernard Madoff’s Ponzi scheme can expect to soon receive another $568 million to help cover their losses, the US Department of Justice said on Thursday, September 16, boosting total recoveries above $18 billion.

Payouts to nearly 31,000 victims will come from the Madoff Victim Fund, a $4.05-billion government fund set up in 2013 and overseen by former US Securities and Exchange Commission chairman Richard Breeden.

Following the latest distribution, its seventh, the fund will have paid out more than $3.7 billion to individuals, schools, charities, pension plans, and others.

More than 42,000 claimants are eligible for payouts. The latest distribution boosts their recovery from all sources to 81.35% of their losses, the Justice Department said.

Another $14.5 billion has been recouped for customers of the former Bernard L. Madoff Investment Securities LLC by the court-appointed trustee liquidating that firm in bankruptcy.

Madoff was arrested in December 2008 after admitting his fraud to his sons, and one day after his firm’s annual Christmas party.

He pleaded guilty three months later to 11 criminal counts and was sentenced to 150 years in prison, where he died on April 14 at age 82.

Most of the government fund came from a Justice Department settlement with Madoff’s former bank JPMorgan Chase & Co., and a settlement between the trustee Irving Picard and the estate of former Madoff investor Jeffry Picower.

In contrast, Picard awards money only to former Madoff customers, who he has estimated lost $17.5 billion. – Rappler.com