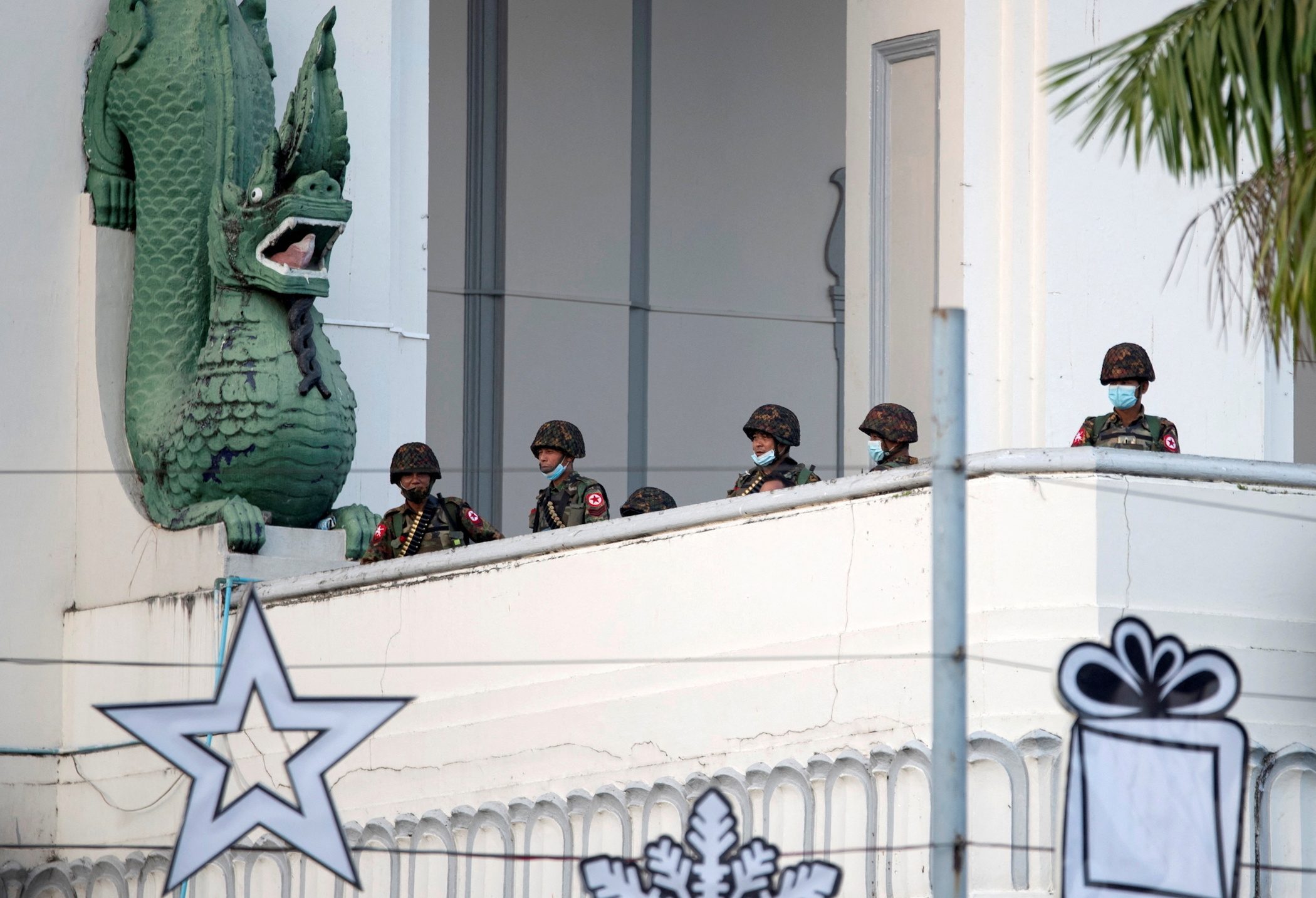 MILITARY. Soldiers stand at a city hall during protests against the military coup, in Yangon, Myanmar, February 8, 2021.

Myanmar has approved $3.8 billion in foreign investment since a coup a year ago, its military government said on Thursday, January 27, owing to what it called a return to stability and confidence in its economic potential.

It did not disclose details of the investments, but said the projects approved included $2.5 billion in a liquefied natural gas power plant. That figure accounted for two-thirds of the overall amount cited.

China was the top investor, it said, without disclosing the amount. Myanmar received $516.4 million from one Japanese firm, a combined $442.2 million from four Singaporean investments, $75.5 million from two Thai ventures, and $66.1 million from five South Korean businesses, it said.

Myanmar’s economy has nosedived since the army overthrew an elected government and launched a bloody crackdown on opponents, with a struggle to impose order amid widespread civil unrest and armed resistance from pro-democracy militias and ethnic minority rebels.

Instability, uncertainty, Western sanctions, and concerns about reputation damage have led to a corporate retreat from Myanmar, most notably from its energy sector, historically a lifeline for the military during decades of trade restrictions.

The United States on Wednesday, January 26, issued a business advisory warning of heightened risks in doing business in Myanmar, especially when the military is involved. The military runs a network of its own businesses dealing in lucrative areas like energy, gemstones mining, and teakwood.

A joint statement on Thursday from the junta’s investment and information ministers said Myanmar had endured economic sabotage by foreign-backed groups and had “largely restored national stability by the second half of 2021.”

While some countries discourage doing business with Myanmar, “many of our foreign partners choose to work quietly with us, fully recognizing Myanmar’s economic potential as well as its unique challenges,” it said.

In the 2019-2020 and 2020-2021 fiscal years, Myanmar’s foreign investment fell from $4.9 billion to $3.8 billion, data from Myanmar’s Directorate of Investment and Company Administration showed. – Rappler.com