MANILA, Philippines – National Economic and Development Authority (NEDA) Secretary Arsenio Balisacan broke his silence on the issue of the proposed Maharlika Investment Fund, saying that the fund’s success depends largely on how it is governed.

“Laws that the Congress passed are good or bad depending on how you make it. Governance is key to that. The governance framework that you put into the law, it’s what makes it workable or not workable,” he said during his Commission on Appointments hearing on Tuesday, December 13.

The proposed Maharlika bill would pool P105 to P110 billion from government banks and the Bangko Sentral ng Pilipinas for the purpose of investing in various projects and assets. The hope is that the fund would generate a good return and also finance much-needed development projects. 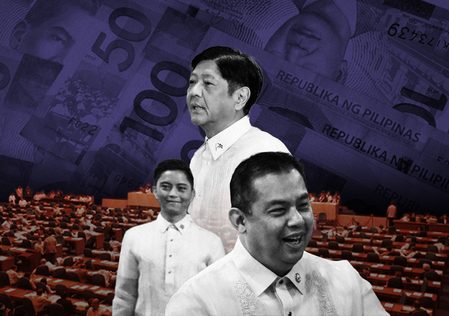 While the NEDA chief clarified that he and the administration’s other economic managers are in “full support” of the bill, he also gave a nuanced view of the bill’s good and bad points.

“If that fund could supplement the limited fiscal resources that we have, for example, it could be used to improve the attractiveness of PPP projects, particularly for critical areas like infrastructure,” he said. “Then again, as pointed out by several observers, its potential depends so much on how we design the framework.”

Should the Maharlika fund push through, Balisacan urged it to prioritize the development programs identified in the Marcos economic team’s 8-point socioeconomic agenda and NEDA’s Philippine Development Plan. One prime example would be investing in railways and mass transit, which the President has already instructed as “high priorities.”

However, should the investments of the Maharlika fund go somewhere different, Balisacan warned that it may fail to achieve its purpose.

“If those funds are going to be invested in areas where those are not identified as critical for economic development for the moment, then that doesn’t serve the purpose as I see it,” he said. “But if these funds are used to meet and augment the very limited fiscal space that we have now, to meet our development priorities, then I’m all for it, and that’s what I’m made to understand.”

According to the NEDA chief, the idea for the Maharlika fund came from the President before it was “tossed” to the members of the economic team to develop further.

However, Balisacan confessed he was not an expert on the topic of sovereign wealth funds, and that he was not aware of exactly what NEDA’s contributions to the drafting of the bill were.

To this, Senator Risa Hontiveros urged Balisacan to lead NEDA in reviewing the bill carefully so that the agency could flag the proposal if it were a bad idea. Hontiveros pointed out that several former NEDA secretaries, which include Cielito Habito and Dante Canlas, have already spoken out against the Maharlika bill.

(We don’t want NEDA, which is regarded highly by those of us in government, to become, well, a mere deodorant for policies that come from anywhere – even for those that come from Malacañang.)

Balisacan disagreed, citing that the reserves were a way for the Bangko Sentral ng Pilipinas to keep already-rampant inflation in check.

“As far as I remember my macroeconomics, it’s part of the macroeconomic tools of the central bank,” he said. “Now that you have high inflation, and if you believe that it’s partly because of the high liquidity, then that’s one instrument. I would not want Bangko Sentral to lose that instrument.”

Escudero also wondered whether it’d be better to simply allocate funds from the national budget directly into building infrastructure, rather than to put it into a sovereign wealth fund, with the hope of it earning dividends several years down the line. “Isn’t it better spend the 25 billion to actually build the bridge already today than to put that 25 billion, invest it in a fund, and hopefully it will earn?” he said.

Escudero called on the economic team to come up with a more “comprehensive plan” as they present the proposal to Congress. – Rappler.com