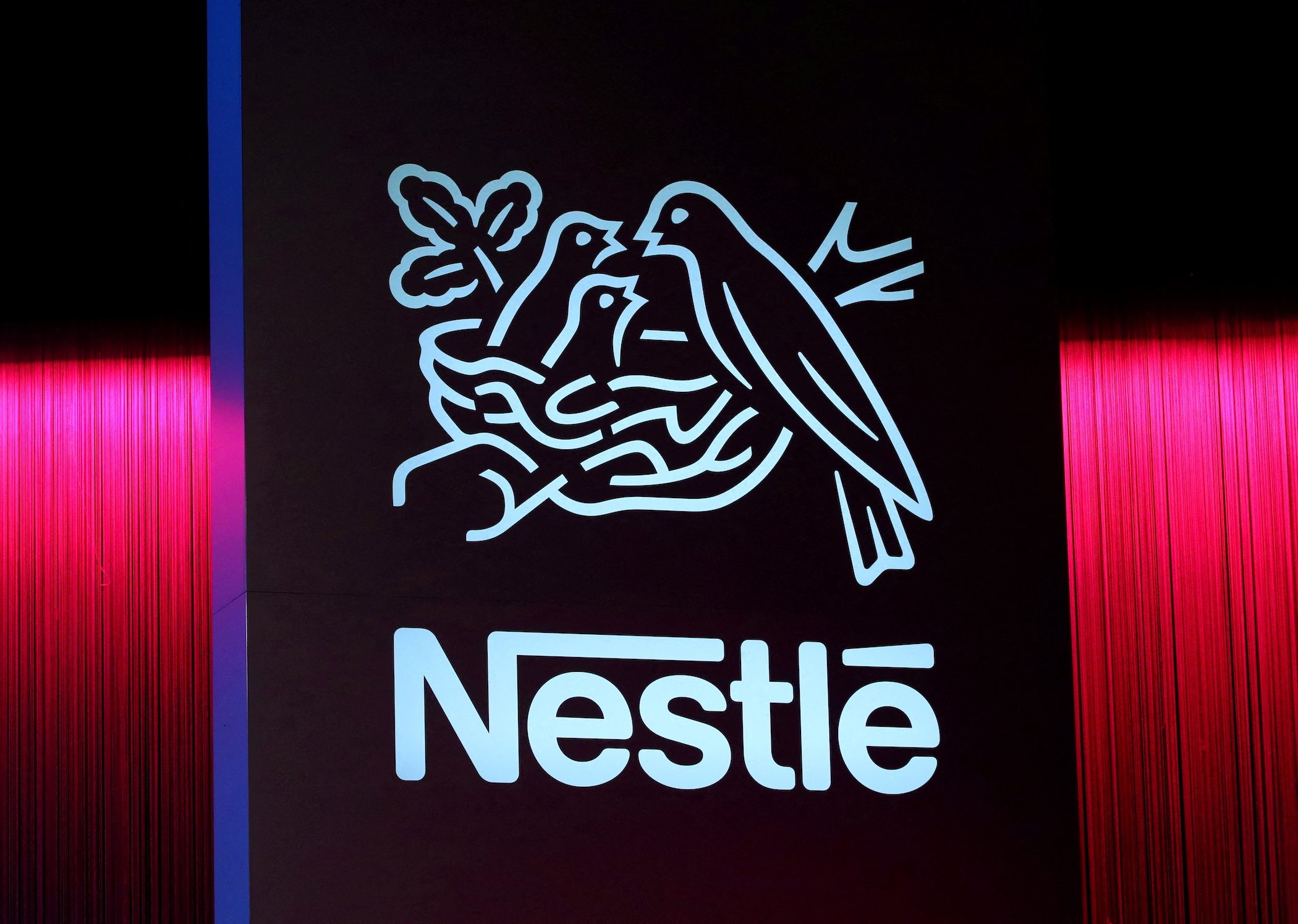 NESTLE. The Nestle logo is pictured during its 152nd Annual General Meeting in Lausanne, Switzerland, April 11, 2019.

Facebook Twitter Copy URL
Copied
Nestle, which has already pledged to source all its coffee sustainably by 2025, said it is now also aiming, by that date, for 20% of its coffee to be grown using 'regenerative' agricultural practices

Study after study has shown that by 2050 roughly half the land currently used to grow coffee, especially that of the high quality arabica variety, could be unproductive thanks to rising temperatures, drought, and disease.

Multinationals are meanwhile facing increased reputational and legal pressure from consumers and governments alike to clean up their global supply chains in the fight against climate change.

The European Commission has proposed several laws aimed at preventing and, in the case of forced labor, banning the import and use of products linked to environmental and human rights abuses.

Nestle, which has already pledged to source all its coffee sustainably by 2025, said it is now also aiming, by that date, for 20% of its coffee to be grown using “regenerative” agricultural practices.

These include planting cover crops to protect soil, using organic fertilizers to improve soil fertility, and increasing the use of agroforestry and intercropping to preserve biodiversity – all with the aim of halving greenhouse gas emissions by 2030.

The company, in a statement announcing its plan to double spending on sustainable coffee sourcing, said it is “committed to supporting farmers who take on the risks and costs associated with the move to regenerative agriculture,” and will provide programs aimed at helping them improve their income.

A major coffee report published last year said there is little evidence efforts by the world’s top coffee roasters and traders to prevent human rights and environmental abuses are having any impact, with most farmers operating at a loss and unable to produce sustainably.

The coffee sector is valued at $200 billion to $250 billion a year at the retail level, according to the report, but producing countries receive less than 10% of that value when exporting beans, and farmers even less than that.

Around 125 million people around the world depend on coffee for their livelihoods, while an estimated 80% of coffee-farming families live at or below the poverty line, according to nonprofit organizations Fairtrade and Technoserve. – Rappler.com