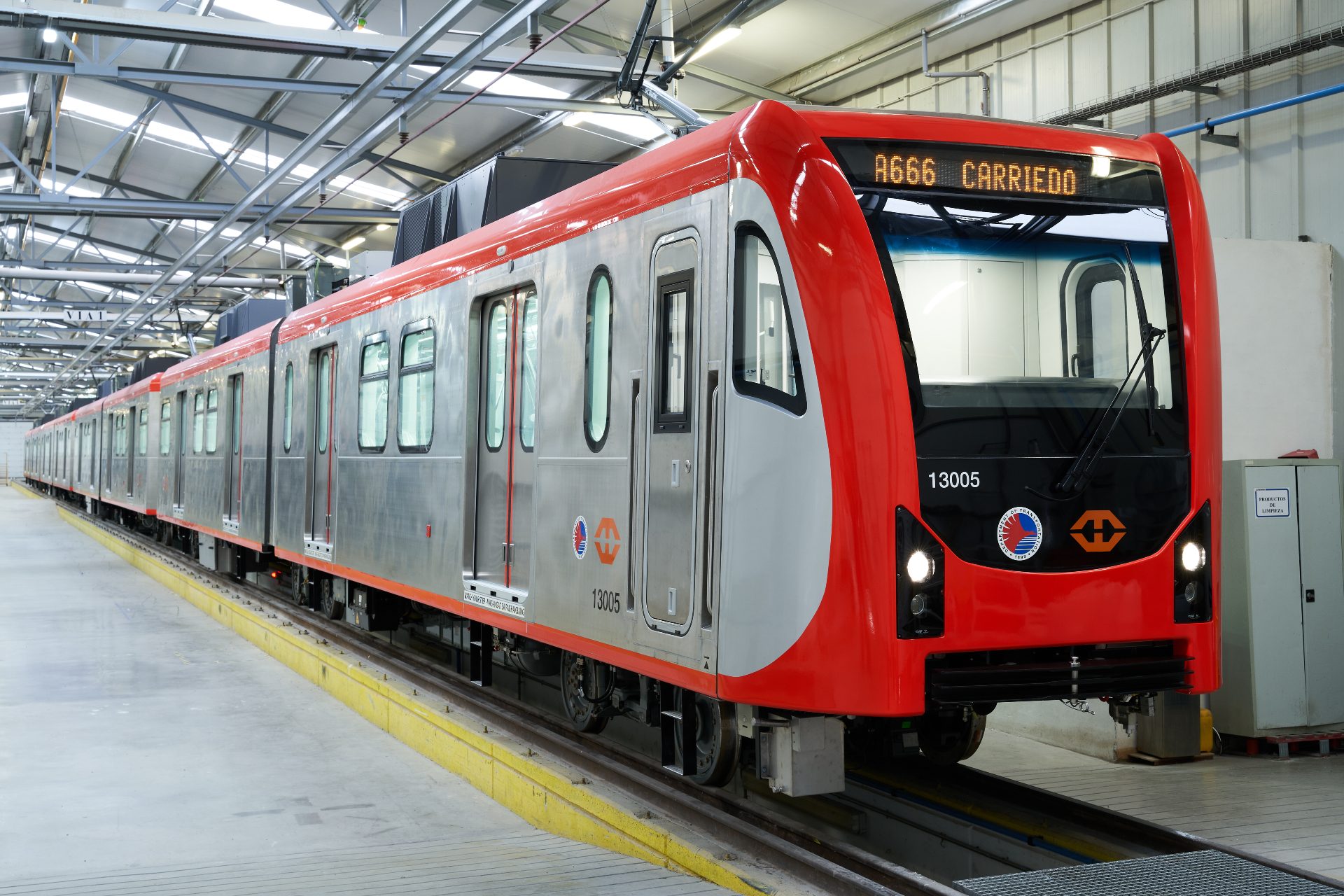 NEW TRAIN CARS. These are manufactured by Construcciones y Auxiliar de Ferrocarriles in Spain and Mexico.

The first batch of new Light Rail Transit Line 1 (LRT1) cars already arrived in the Philippines from Spain and Mexico.

In a ceremony on Tuesday, January 26, the Department of Transportation (DOTr) and Japan International Cooperation Agency (JICA) unveiled the first train set which consists of 4 light rail vehicles (LRVs).

The rest will be delivered every quarter until May 2022, for a total of 120 LRVs.

These have a maximum speed of up to 70 kilometers per hour (km/h) and a capacity of 1,388 passengers.

According to the DOTr, the additional trains – once operational – will reduce headway or the interval between trains from 4.24 minutes at 40 km/h to 2.75 minutes at 60 km/h.

The first train set was originally scheduled to arrive in the Philippines in July 2020 but was delayed due to the coronavirus pandemic. It arrived last January 18.

Meanwhile, construction of the LRT1 Cavite Extension is now halfway through. Partial operations are targeted by the 4th quarter of 2021, which would also make use of the new LRVs.

Other train cars to arrive

Transportation Undersecretary for Railways Timothy John Batan said on Tuesday that new train cars for other railway projects will start arriving in the country this year.

Batan said 108 new train cars for the Metro Rail Transit Line 3 have been manufactured and are ready for delivery within 2021.

There are also 104 train cars being manufactured for the North-South Commuter Railway (NSCR), set for delivery starting December. Meanwhile, 304 commuter train cars and 56 airport express train cars for the NSCR system are for bid submission and publishing this year.

In December 2020, a contract for 240 train cars for the Metro Manila Subway was signed.