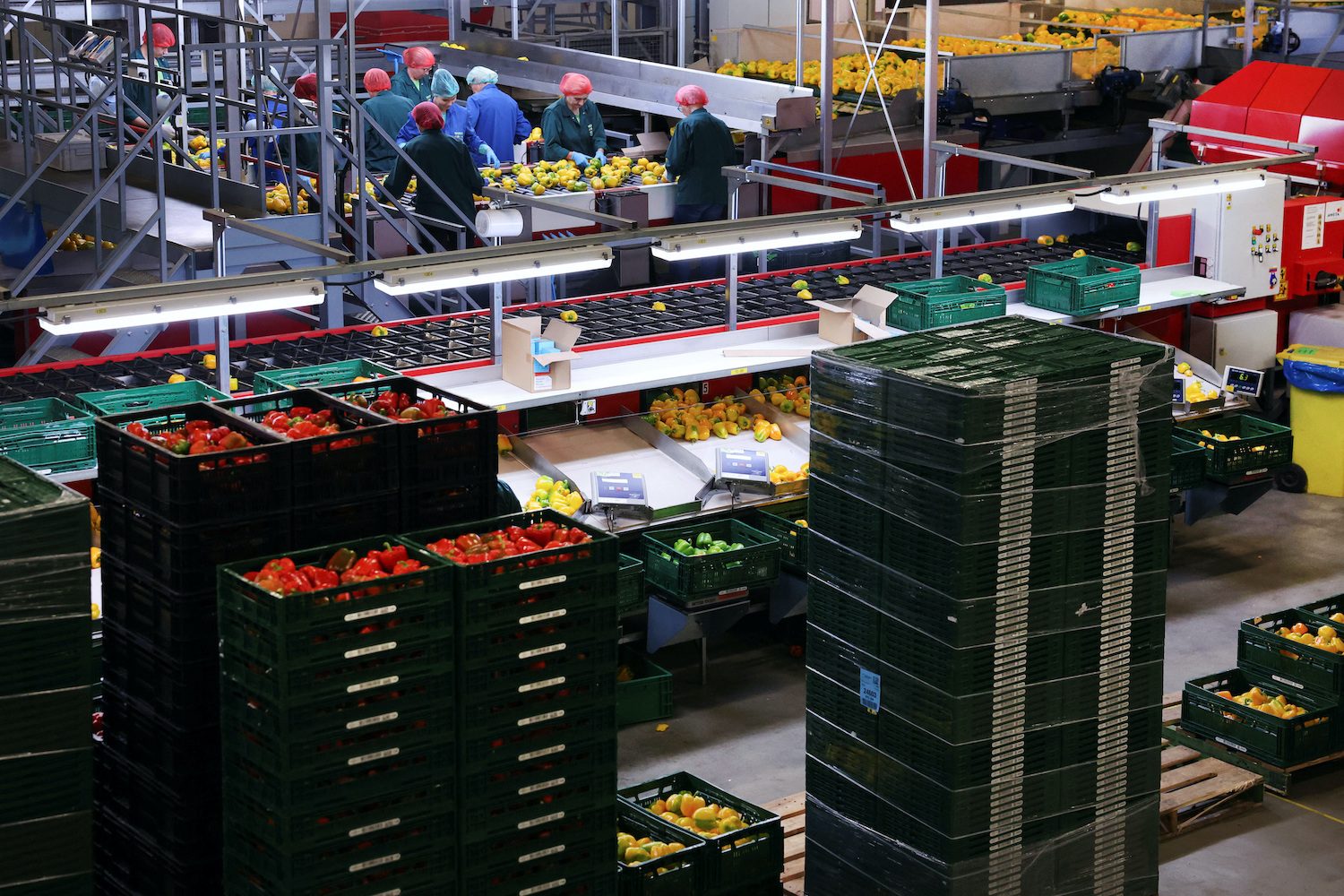 Facebook Twitter Copy URL
Copied
Greenhouses have helped make the Netherlands the world's second largest agricultural exporter after the United States. But the industry grew up with cheap gas, and is now facing a crisis.

GRUBBENVORST, Netherlands – Greenhouse owner Pieter Wijnen would like to focus on growing vegetables, but since Russia’s invasion of Ukraine in February, his life has revolved around gas and electricity prices rather than his red and yellow bell peppers or mini cucumbers.

“In a greenhouse like this in the wintertime, you need to heat it,” he said of his 32-hectare (79-acre) facility in the southern Dutch province of Limburg, which grows 11 million kilograms (24 million pounds) of bell peppers per year, many of which end up in German supermarkets.

“When prices are going up, and it will be much more than we are used to, then we must change our plans.”

Among other measures, Wijnen is cutting the area he will keep warm at Wijnen Square Crops this winter and growing fewer, larger cucumbers – as well as selling excess electricity he generates back to the grid to hedge costs.

Greenhouses have helped make the Netherlands the world’s second largest agricultural exporter after the United States. But the 8-billion-euro ($7.9-billion) industry grew up with cheap gas, and is now facing a crisis that will hasten a switch to other energy sources and could see many businesses fail.

With Russia restricting gas supplies in response to Western sanctions over its invasion of Ukraine, European prices have soared to 20 times the level of a year ago.

Industry group Glastuinbouw Nederland says up to 40% of its 3,000 members are in financial distress. That could mean less out-of-season fruit, vegetables, and flowers in European supermarkets, and production shifting to warmer countries such as Spain, Morocco, and Kenya.

Until recently, Dutch greenhouses used around 3 billion cubic meters of gas a year, or about 8% of the national total. That has been falling as renewable alternatives become available, but the scale of the decline this year is as much as sign of distress as adaptation, growers say.

According to Statistics Netherlands, the industry’s gas usage plunged 23% in the year through June.

“A large number of growers are choosing to close down their business because they don’t expect any change in the short term,” said Michel van Schie of Royal HollandFlora, the cooperative that runs the world’s largest flower auction in Aalsmeer, south of Amsterdam.

Supermarkets have preemptively slashed orders for flowers by around a third in expectation of consumers spending less amid the cost-of-living squeeze, he added.

The Dutch greenhouse industry is deeply entwined with natural gas due to the legacy of the Groningen gas field, which was Europe’s largest for decades until production was scaled down in the 2010s due to the earthquakes it triggered.

Some larger greenhouses like Wijnen’s feature on-site co-generation plants that burn gas to create both heat and electricity – an efficient system with 2.4 gigawatts of capacity distributed nationwide, about 14% of the Dutch total.

Many greenhouses need heat more than electricity, and can sell excess power during peak demand.

Some greenhouses have invested in biomass for warmth, though wood is becoming more expensive or unavailable. A few have geothermal heating. All make use of solar power for warming and plant growth – the original greenhouse effect.

“Each and every grower is unique, which makes it very hard to draw conclusions about this crisis,” said Rabobank analyst Cindy van Rijswick, adding some Dutch greenhouses with cheap gas contracts may thrive.

As Groningen production wound down, Wijnen has invested 30 million euros in a geothermal project and biomass plants. But ironically, his gas co-generation facilities are currently a lifeline.

Still, Rabobank’s Van Rijswick said the current crisis was likely to reshape the industry, with the trend towards local production – which helped to boost the greenhouse sector – potentially reversing.

“It’s like we will go back in history again with Spain producing in wintertime and the northern European countries producing their own vegetables in summertime. Some people say maybe that’s the way it should be.” – Rappler.com