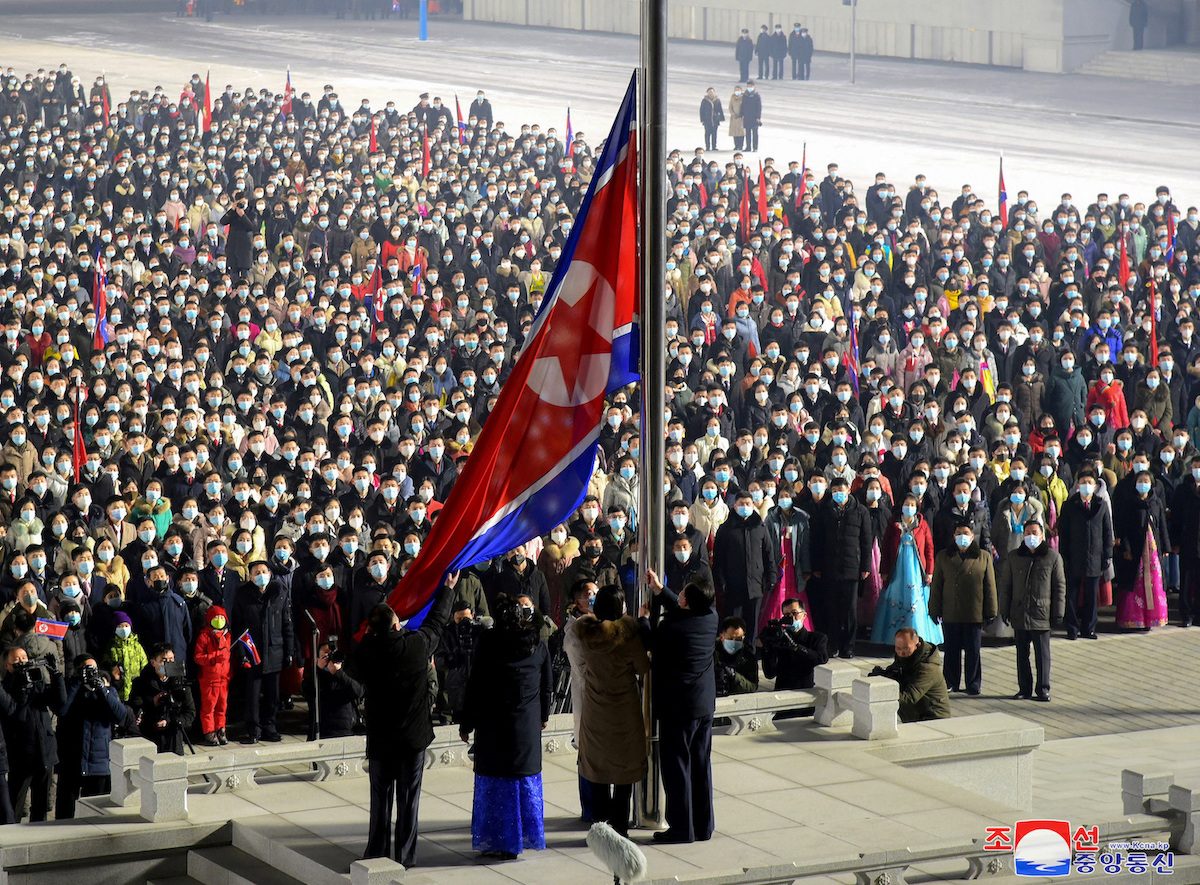 NEW YEAR. People attend the flag-raising ceremony to mark the New Year, in Pyongyang, North Korea, in this photo released on January 1, 2023, by the Korean Central News Agency.

Facebook Twitter Copy URL
Copied
Kim Tok-hun, premier of North Korea's Cabinet, says they aim to make 2023 'a year of great turn and change in the course of development'

SEOUL, South Korea – North Korea’s parliament has outlined plans to normalize industrial production and meet its economic goals this year, despite the “worst-ever upheaval” amid the coronavirus pandemic in 2022, state media said on Thursday, January 19.

South Korea’s central bank has said the North’s economy shrank in 2021 for a second straight year after suffering its biggest contraction in more than two decades the year before, hit by COVID-19 lockdowns and international sanctions over its weapons programs.

Leader Kim Jong-un did not join the meeting, but Kim Tok-hun, premier of the Cabinet, reviewed last year’s work and laid out tasks this year for key industries.

The premier lauded the country for “successfully tackling the worst-ever upheaval since the founding of the country” amid the COVID-19 outbreak, despite “shortcomings” in implementing last year’s plans.

The Cabinet aims to expedite the production of overall sectors and make 2023 “a year of great turn and change in the course of development” marking the 75th anniversary of the country’s foundation, Kim said.

“It will make sure that the economic indices and 12 major goals to be attained by all the sectors of the national economy are carried out without fail,” Kim said, according to KCNA.

He called for normalizing the production of metal factories and reinforcing iron mines and steel plants, and for operating chemical plants “at full capacity” to accelerate construction projects.

In another KCNA dispatch on budget deliberations, Finance Minister Ko Jong-bom said this year’s overall spending is expected to rise by 101.7% from last year, without specifying numbers.

Some 45% of the total expenditure will be allotted to promote the economy and the people’s livelihoods, while defense spending would take up 15.9%, about the same as last year, Ko said.

“The state budget for this year should be implemented without fail to financially support the work for bolstering up the country’s defense capability, developing the economy, and improving the people’s standard of living,” Ko told the parliament. – Rappler.com