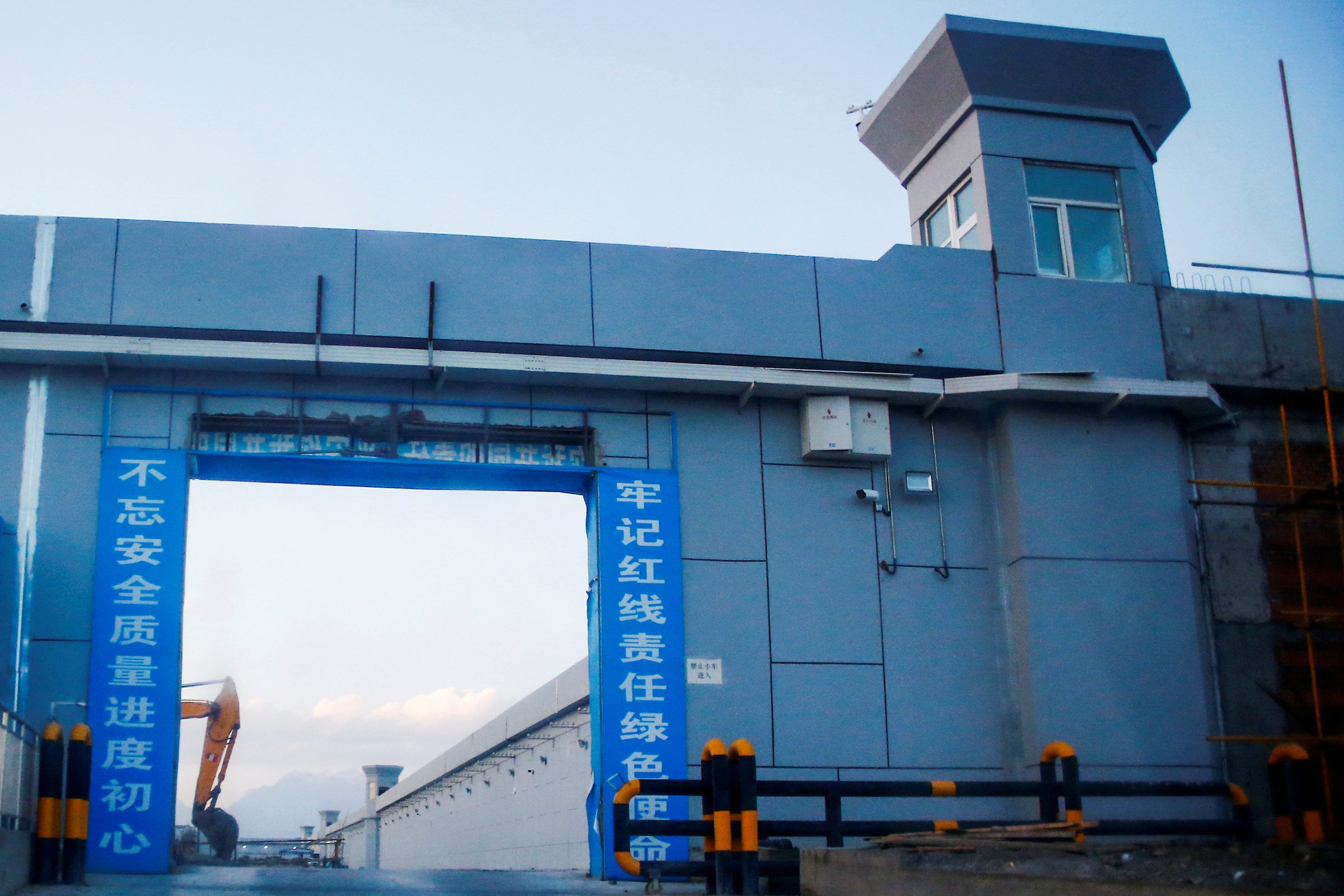 LABOR CONCERNS. A gate of what is officially known as a vocational skills education center is photographed in Dabancheng, in Xinjiang Uighur Autonomous Region, China, September 4, 2018.

Norway’s $1.3-trillion wealth fund will probe whether companies it is invested in may be using the labor of ethnic Uighurs and other Muslims linked to China’s internment camps in farwestern Xinjiang, the head of the fund’s ethics watchdog said.

China’s foreign ministry, in a statement to Reuters, said “so-called ‘detention camps'” do not exist in Xinjiang.

The world’s largest sovereign wealth fund, which has massive market influence because it owns 1.5% of the world’s listed shares across 9,100 companies, operates under ethical guidelines set by parliament.

Johan Andresen, chair of the fund’s Council on Ethics, said the fund had begun identifying companies that it said used workers that had been held in internment camps in Xinjiang.

“We are concerned that some of our companies in the fund may make use of this labor. This is possibly a widespread practice,” he said in an interview ahead of the publication of the council’s annual report on Wednesday, March 10.

“If we were to make a recommendation it would be in the first half of this year,” he added. Recommendations are sent to the board of the central bank, which ultimately makes decisions.

The United States has accused China of genocide and crimes against humanity in its treatment of Uighur Muslims in Xinjiang.

China has said the complexes it set up in the region, where United Nations experts and rights groups say more than one million people have been detained in recent years, provide vocational training to help stamp out Islamist extremism and separatism.

Allegations of forced labor and human rights violations in these Xinjiang centers are “groundless rumor and slander,” the foreign ministry said.

China has previously said all the people who attended the camps have “graduated” and gone home. Access to the complexes is restricted and it is not possible to independently verify whether all the camps have closed.

Norway’s central bank typically follows the council’s recommendations to censure companies but sometimes, rather than immediately excluding them, it puts them on a watch list to give them a set period of time to come up with a plan to change their behavior, or face exclusion.

The bank can also ask the fund’s management to engage directly with the company on the issue of concern and can also decide to divest from a company if it believes the fund’s ownership stake poses too much of an ethical risk.

Companies to be excluded are not named until the fund has sold the shares, to avoid the stock falling in value beforehand. The main aim is to remove the ethical risk.

The Norwegian fund is forbidden by parliament from investing in companies that produce nuclear weapons, landmines, or tobacco, or which violate human rights, among other criteria.

Several textile companies have been excluded from the fund, most recently India’s Page Industries, which produces swimwear for the Speedo brand. Page denies wrongdoing.

The council is now turning its attention to companies that produce footwear, “a natural extension” of its work in the textile industry, Andresen said, given that the production processes are similar.

“We are still at an early stage,” he said.

Forced labor, or modern slavery, is also becoming a growing issue that will dominate the council’s work in the years ahead, he said. The council will this year commission a report from a non-governmental organization to map out the extent of forced labor worldwide.

The fund has already excluded companies, including security firm G4S, on those grounds. G4S said at the time it had engaged with the council and was making good progress on recruitment and welfare standards.

Asked if China would contact the Norwegian authorities about the work of the fund’s ethics watchdog on Xinjiang, the foreign ministry said it hoped the relevant Norwegian institutions will “respect the facts” and refrain from “contributing to the wrong practice of politicizing economic trade and cooperation.” – Rappler.com