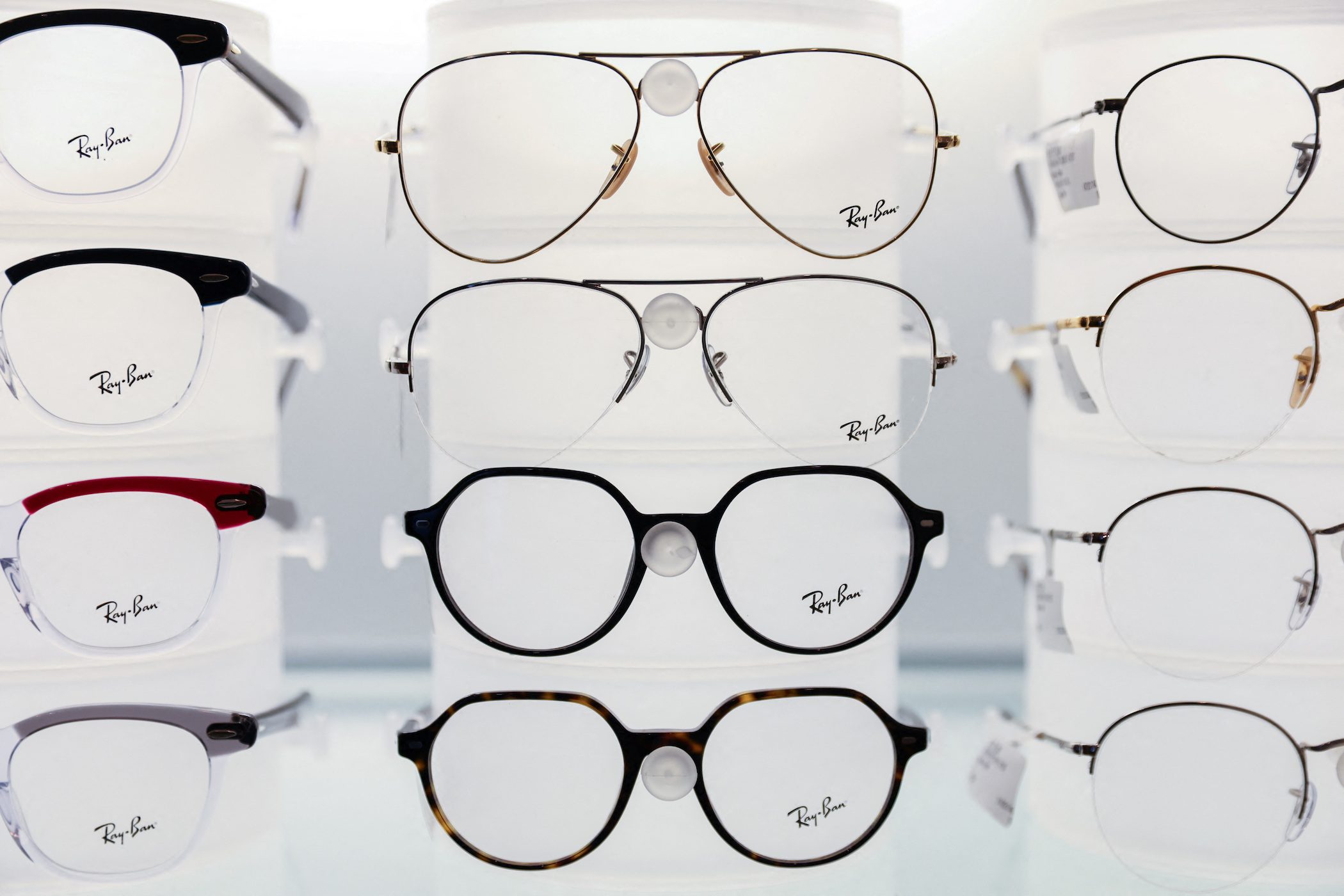 RAY-BAN. Ray-Ban glasses are pictured for sale in a LensCrafters, both brands owned by EssilorLuxottica SA, in Manhattan, New York City, November 30, 2021.

Businessman Leonardo del Vecchio, who has died aged 87, created the glasses company that owns brands including Ray-Ban and used his billions to become one of the most influential figures in Italian finance.

Del Vecchio rose from a childhood in an orphanage to amass a fortune of tens of billions of euros in one of the most famous rags-to-riches stories in Italy’s post-war economic recovery.

At the end of 2021, he was Italy’s second richest man, behind only Giovanni Ferrero of the Nutella-making group, according to Forbes.

As is common in Italy, Del Vecchio, the chairman of spectacles maker EssilorLuxottica, did not retire quietly and, if anything, stepped up his business activities when he was in his 80s.

In 2018, he sealed a major merger deal to combine the Luxottica company that he had founded in 1961 with France’s Essilor.

In addition, his Delfin holding company is the largest shareholder in Italian financial services group Mediobanca and also has a sizable stake in insurer Generali, placing him at the heart of the country’s boardroom intrigues.

Del Vecchio was born into poverty. His father, who sold fruit and vegetables, died when he was young, and his mother handed him over to a Milanese orphanage when he was seven because she could not afford to bring him up.

He learned metalwork in a tool shop before setting up a business supplying components for glasses in Agordo, a village in the Dolomite foothills in northeast Italy where land was offered to new companies.

After a difficult start when it almost went bust, the company started making its own glasses a decade later and expanded rapidly in the 1980s when Del Vecchio spotted the value of making spectacles as a fashion accessory rather than a necessity.

He struck licensing deals with Giorgio Armani in 1988 and went on to work with other luxury brands such as Bulgari, Chanel, Prada, and Valentino.

Acquisitions were also part of the Del Vecchio strategy.

In 1999, the company bought the famous Ray-Ban brand and went on to acquire California’s Oakley as well as retail chains in North America and Australia.

Like many aging Italian entrepreneurs, critics say Del Vecchio struggled to detach himself from his creation, failing to cede control and designate an heir.

He has six children from three relationships and remarried his second wife in 2010.

For a decade he loosened his grip on his company, handing over the reins to Andrea Guerra, while remaining Luxottica’s chairman.

But disagreements with Guerra led to his sudden exit in the summer of 2014, and Del Vecchio returned to be the driving force at Luxottica’s Milan headquarters.

He became increasingly involved with even trivial matters, such as telling staff how to pack boxes for an office move, former employees say.

Del Vecchio was also caught up in a series of boardroom battles and the EssilorLuxottica deal was followed by a long struggle over how to divide top jobs between the Italian and French camps. – Rappler.com