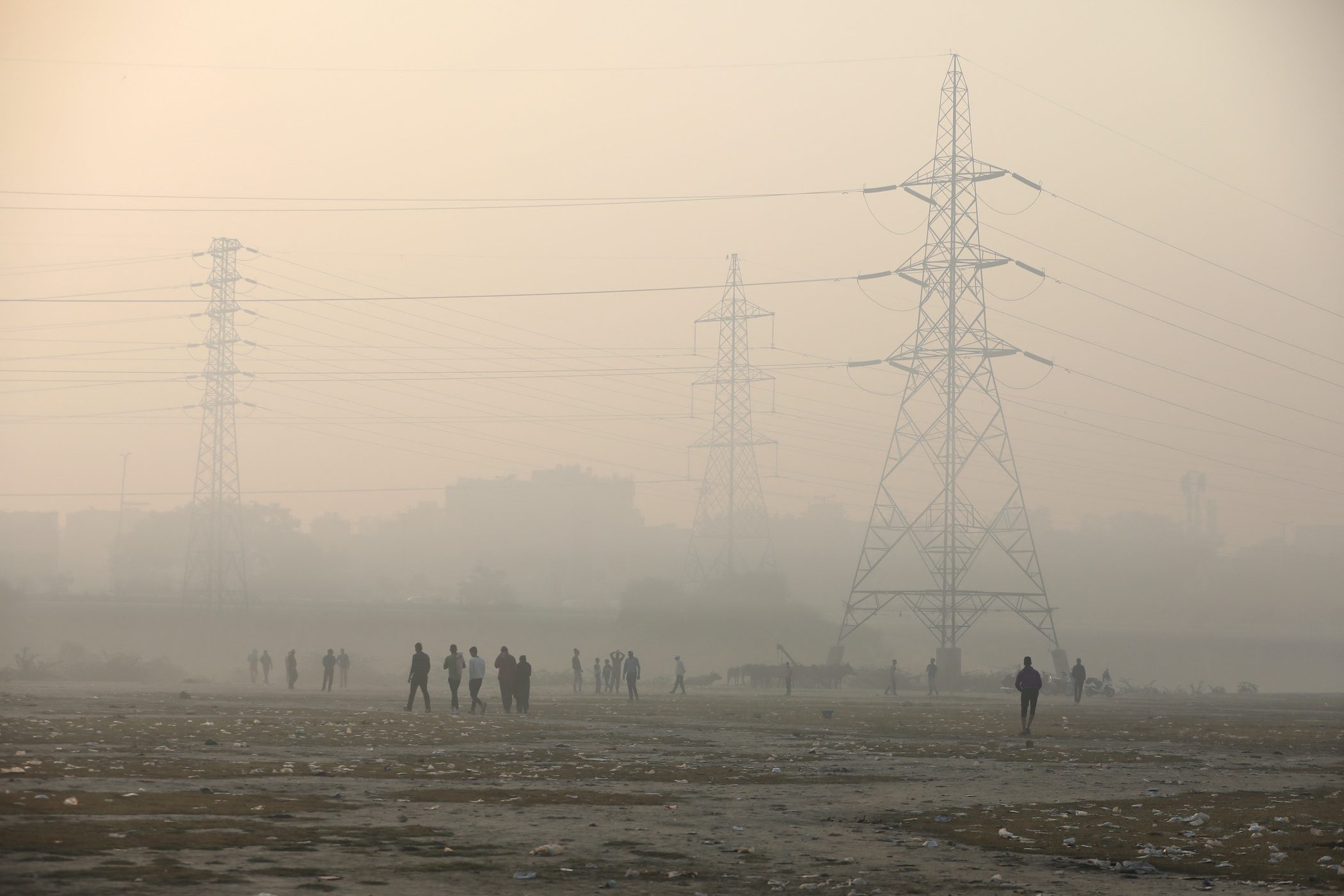 SMOG. People are seen on the floodplains of the Yamuna river on a smoggy morning in New Delhi, India, November 17, 2021.

PANIPAT, India – India opened its first factory to produce ethanol from rice straw or stubble on Wednesday, August 10, as part of measures to reduce its reliance on oil imports and meet its net zero carbon goal.

Prime Minister Narendra Modi said the project will help cut pollution in India’s capital New Delhi, which has been blanketed by smog from stubble burning in recent winters, as well as in the northern states of Haryana and Punjab.

India, one of the world’s biggest emitter of greenhouse gases, has set a 2070 goal for net zero carbon emissions and has expedited steps to switch to cleaner energy to cut projected emission by a billion metric tons by 2030.

A combination of oil prices rising well above $100 per barrel and a strong US dollar have piled pressure on countries which are dependent on crude imports to drive their economies.

He said India is the third country after Brazil and the United States to produce ethanol from agricultural waste.

The plant will generate 100 kiloliters of ethanol a day, equivalent to about 100 metric tons. India has until now used ethanol produced from sugar for mixing with gasoline.

India relies on foreign oil suppliers for about 85% of demand, but in the last eight years it has raised the percentage of ethanol in gasoline to 10.16% from 1.4%.

India’s gasoline demand is rising rapidly as people opt to travel in their own vehicles to avoid a heatwave.

“We have saved foreign exchange outgo of 415 billion rupees through blending of ethanol with gasoline and reduced about 2.7 million metric tons of carbon dioxide emissions,” Puri said.

Apart from financial savings, the new plant will also help in disposing of rice crop-waste, which is a major source of air pollution when farmers burn stubble.