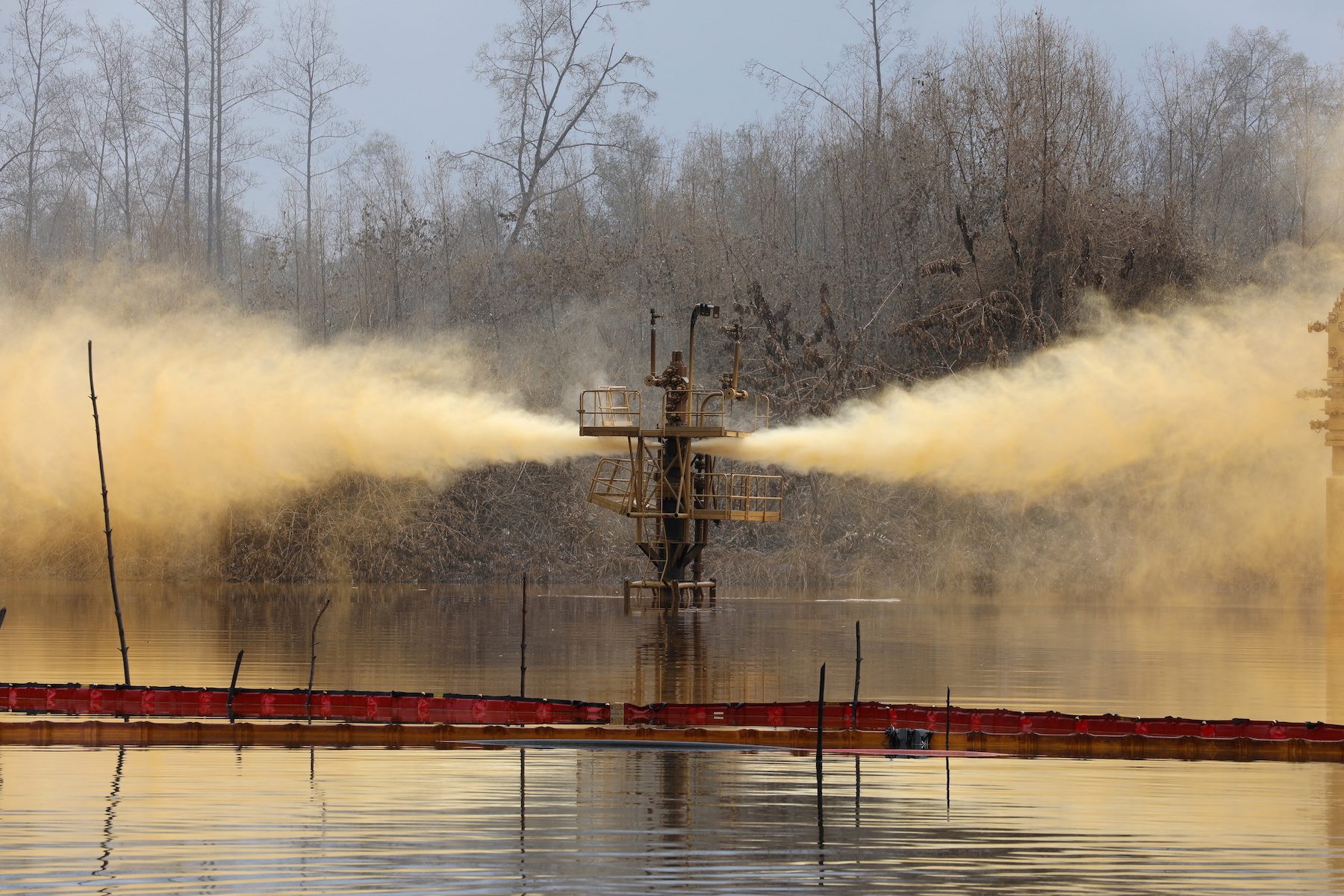 OIL. A view of an oil spill from a well head is pictured at Santa Barbara, in Nembe, Bayelsa, Nigeria, November 25, 2021.

LONDON, United Kingdom – OPEC+ will likely stick to existing policies of moderate output increases on Wednesday, February 2, five sources from the producers’ group said even as it expects demand to rise to new peaks this year and as oil prices trade near their highest since 2014.

The group, which comprises of the Organization of the Petroleum Exporting Countries and allies led by Russia and produces over 40% of global supply, has faced pressure from top consumers such as the United States and India to pump more to help the economy recover from the pandemic.

But OPEC+ has refused to adhere to speedier increases, arguing that the world is facing an energy shortage due to poorly calculated energy transition to greener fuels by consuming nations.

Several OPEC members have struggled to pump even in line with their quotas due to underinvestments of the past few years.

Five OPEC+ sources told Reuters on Tuesday, February 1, they expected the ministers to agree to go ahead with a planned increase of 400,000 barrels per day (bpd) in March, despite high oil prices.

“The issue [of speedier increases] did not come up and I doubt it will,” an OPEC+ source said, asked if an OPEC+ expert committee meeting had discussed an increase of above 400,000 bpd when it virtually met on Tuesday.

A report prepared by the committee, known as the Joint Technical Committee (JTC), and seen by Reuters on Tuesday kept the forecast for world oil demand growth unchanged for 2022 at 4.2 million bpd.

It said it expected demand to rise to pre-pandemic levels in the second half of the year. Oil demand reached its peak of slightly above 100 million bpd in 2019.

The report still said the world would face a crude surplus in 2022 reaching 1.3 million bpd, slightly less than its previous forecast of 1.4 million bpd.

The report noted, however that a number of risks continue to linger over the oil market, including “significant uncertainties” associated with the potential impact of the Omicron coronavirus variant, ongoing supply chain bottlenecks, and central bank policy to counter inflation.

The JTC also flagged other risks to the oil market recovery, citing volatility in commodity markets, restraints on oil production capacity from underinvestment, the challenge of high sovereign debt levels in many regions, and geopolitical risks.

Brent crude prices were about $89 a barrel on Tuesday, not too far from the seven-year high of $91.70 reached last week, driven largely by geopolitical tensions.

Goldman Sachs said in a note there was a chance of a faster OPEC+ ramp-up given the pace of the market’s recent rally. – Rappler.com