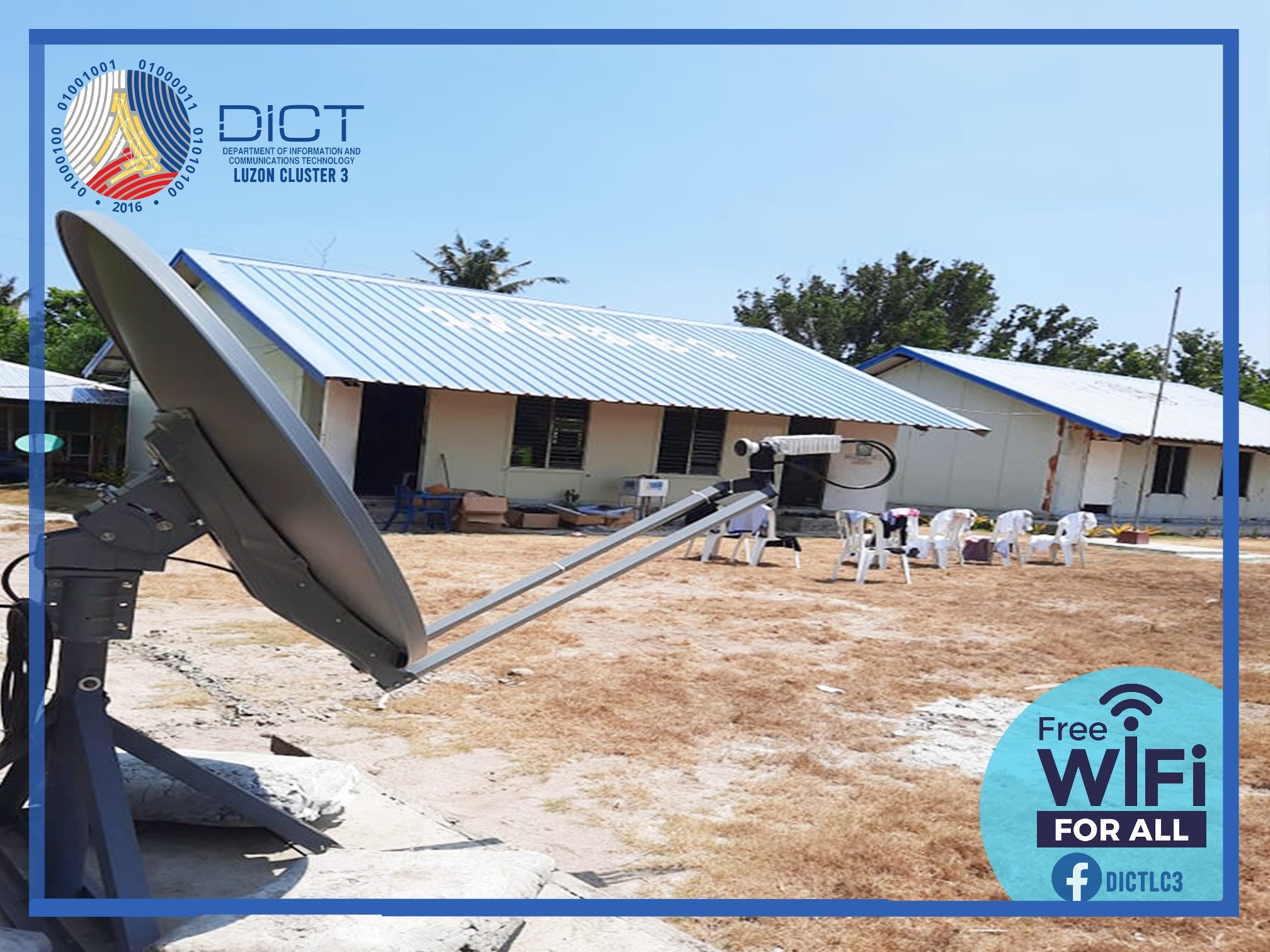 FREE WI-FI. The Department of Information and Communications Technology sets up a VSAT in Pag-asa Island.

The Department of Information and Communications Technology (DICT) set up more free Wi-Fi points where residents of remote Pag-asa Island in the West Philippine Sea can access the internet.

After traveling over 72 hours to reach the island, the DICT Luzon Cluster 3 installed a very small aperture terminal (VSAT) at the elementary school, barangay hall, basketball court, and what’s called the Tech4ED Center.

DICT Secretary Gregorio Honasan II said the effort is part of the department’s program to provide internet connectivity in geographically isolated and disadvantaged areas across the country.

“As we bring connectivity to remote areas of the country, including unserved and underserved areas, we are empowering our citizens and enhancing their participation in the global digital economy,” Honasan said in a statement on Wednesday, April 7.

The DICT cluster also turned over 3 laptops that residents can use through the Tech4ED Center, which will be further developed in Pag-asa Island.

The Tech4ED project aims to provide centers in underserved areas where communities can access digital educational materials and avail of government services online.

In July 2019, the DICT put up the first free Wi-Fi connection in the island. Smart, the only telco with a facility there, first turned on its 2G service in 2005, then later upgraded it to LTE in 2020. – Rappler.com