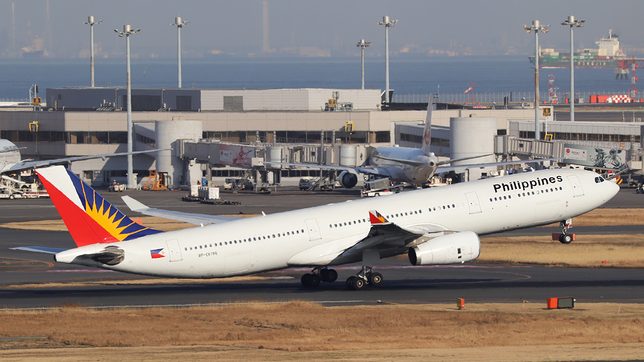 Facebook Twitter Copy URL
Copied
(1st UPDATE) 'There are immense challenges ahead, but we look forward to tackling them as a reinvigorated Philippine Airlines,' says PAL president and COO Gilbert Santa Maria

PAL said in a statement on Friday, December 31, that it has emerged from Chapter 11 proceedings, under which companies can reorganize their finances under US bankruptcy laws.

“This is a celebratory moment for PAL, for all our partners and stakeholders, and for our personnel who sacrificed much while working successfully to keep the airline flying,” said PAL president and chief operating officer Gilbert Santa Maria.

“There are immense challenges ahead, but we look forward to tackling them as a reinvigorated Philippine Airlines, better positioned for strategic growth to continue serving our customers.”

The plan, which includes the removal of $2 billion worth of debts, won “100% of the votes cast by its primary aircraft lessors and lenders, original equipment manufacturers and maintenance, repair, and overhaul service providers, and certain funded debt lenders.”

It also provides for additional liquidity, including a $505-million investment in long-term equity and debt financing from PAL’s majority shareholder.

PAL can secure up to $150 million in additional financing from new investors as well.

With a “strengthened balance sheet,” PAL said it will be “restoring more routes and increasing flight frequencies as travel restrictions ease and borders reopen, including the resumption of regular flights to multiple cities in mainland China, full regularization of flights to Australia, and the commencement of historic new services to Israel.”

PAL also plans to expand its cargo business, “including the operation of all-cargo flights to keep supply chains moving and to meet specific freight transport needs such as the airlift of vaccines and medical equipment.”

PAL suffered a P73-billion loss in 2020 – its fourth straight year in the red – as the COVID-19 pandemic crushed the aviation industry. – Rappler.com