MANILA, Philippines – After recently exiting Chapter 11 bankruptcy, Philippine Airlines (PAL) is embarking on its recovery journey, still with the turbulence brought by the coronavirus pandemic.

There had been many hard pills to swallow for Lucio Tan’s crown jewel. It had to streamline its operations, reduce its fleet, scrap some routes, lay off workers, slash salaries, and restructure debt, all to survive the uncertainties.

“Next question,” PAL president and chief operating officer Gilbert Santa Maria cheekily responded after Rappler asked if he ever considered quitting at some point during the bankruptcy filing.

Santa Maria took the helm of PAL in July 2019, just months before COVID-19 started sweeping across the globe in early 2020 and countries, including the Philippines, began closing their borders. 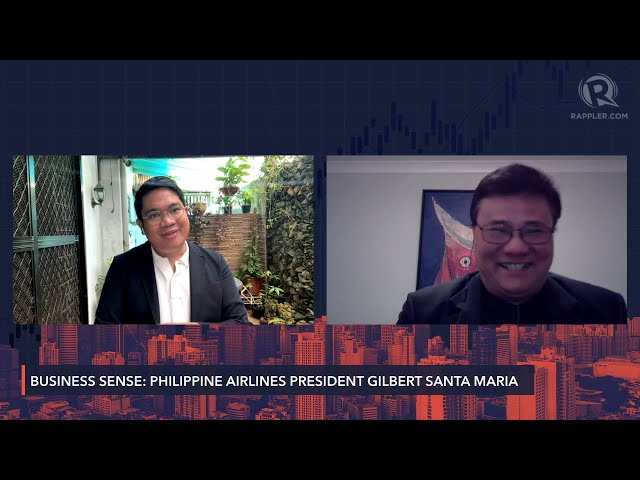 “If you’re drowning, your choice is fighting to live or just allowing yourself to die. It’s not really a choice, right? Philippine Airlines is an 80-year-old institution, we’ll be 81 in March, we weren’t about to just die,” Santa Maria said in a Business Sense interview.

“There wasn’t a single point there where we as a team had decided, ‘Buti pa mamatay na lang tayo’ (It’s better if we just die).”

In 2020, PAL suffered a staggering P73 billion in losses. It partially stopped the bleeding the following year, cutting losses to P21.6 billion in the first nine months of 2021.

After the massive losses, Santa Maria said PAL is “learning how to break even and how to make money.”

Some of the flag carrier’s measures include growing its cargo business and further helping the government’s efforts to repatriate stranded Filipinos abroad.

Just when many thought travel would improve at the onset of 2022, however, the global spike in COVID-19 cases is posing yet another challenge to airlines.

“All we can do is be conservative with our estimates…. What’s very difficult to predict is what the virus will do,” Santa Maria said. – Rappler.com