MEDIA. Journalists gather at the ABS-CBN headquarters in Quezon City to light candles and protest as they mark the first anniversary of the network's shutdown, May 5, 2021.

Facebook Twitter Copy URL
Copied
The Leyte-based broadcast company was founded by House Majority Floor Leader Martin Romualdez, one of the lawmakers who voted to deny ABS-CBN a new franchise

A Tacloban-based broadcasting company, founded more than a decade ago by House Majority Floor Leader Martin Romualdez, is pitching to air shows of the Lopez-owned ABS-CBN over a year after Congress denied the media giant a franchise.

But before Philippine Collective Media Corporation (PCMC) can do so, it will do a backdoor listing with the Philippine Stock Exchange through Prime Media Holdings (PRIM), a listed company which has no operations and has capital deficit.

PRIM on Friday, August 6, said in a stock exchange filing that PCMC is “looking into entering into business arrangement or partnership to collaborate with companies that have media content and facilities but cannot broadcast the same due to lack of franchise, which will enable it to broadcast nationwide.”

The companies did not explicitly mention ABS-CBN in the disclosure, but ABS-CBN is the only national broadcasting company which Congress denied a franchise amid political attacks led by President Rodrigo Duterte.

During the 17th Congress, at least 50 national and local broadcast franchises were signed into law by Duterte. They quickly hurdled Congress, making ABS-CBN’s application exceptionally difficult.

PCMC founder Romualdez, who is also the representative of Leyte’s 1st District, was among the 70 legislators who voted not to grant ABS-CBN a franchise. (READ: ABS-CBN’s battle is also ours)

ABS-CBN shows are currently airing on A2Z network and TV5.

Will ABS-CBN take the offer? Next year, after all, will be an election year and will be the best time to recover financial losses through political ads.

In a response to Rappler, ABS-CBN said it is “open to talks from anyone who can help us bring our stories to a wider audience.”

Meanwhile, PRIM said it is in talks with “several content providers” and is looking forward to a program lineup “soon.”

“Prime Media has been quiet for a while, but very soon the public will have a new source of information and entertainment. We are now focused on strengthening the team, side by side with strategic planning for additional frequencies for both free tv and radio,” said Manolito Manalo, PRIM president.

PRIM also said it intends to venture into real estate development, leisure and hospitality, and gaming to expand and diversify its business.

Rappler has also sought comment from Romualdez on the matter, but he has yet to reply. We will update the story once he responds to our inquiries. 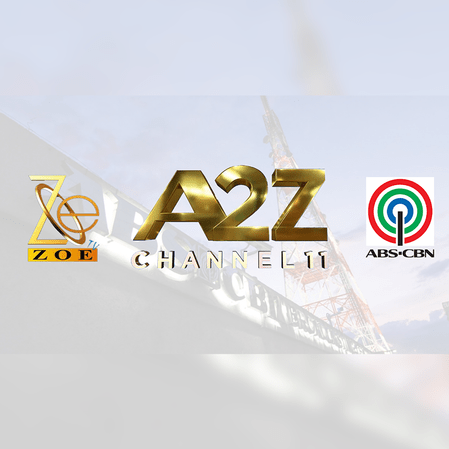 PCMC expects to air in 25 more areas all over the country by the end of 2021.

As the coronavirus pandemic shut down schools, PCMC allocated a four-hour daily time slot for the Department of Education’s Radio Eskwela programs in all its stations, including affiliate stations nationwide, for free.

Michelle Ayangco and Hermogene Real are the top shareholders of the company, each owning 49.99%. Real is also a director of Bright Kindle Resources and Investments and corporate secretary of mining company Benguet Corporation, firms tied to the Romualdez family.

Meanwhile, PCMC was incorporated on May 21, 2008, with the primary purpose of establishing and engaging in the business of radio and television broadcasting.

PCMC is looking at a stock-for-stock merger with PRIM, resulting in PRIM owning PCMC, and PCMC shareholders owning 70% of PRIM’s outstanding stock.

For PRIM, the deal will enable it to become a “viable and operational business entity” and “address its capital deficiency, negative equity, and non-operation.”

“The transaction will result [in] folding-in of PCMC into the company thereby making PCMC a subsidiary of the company. With the national franchise of PCMC, the company can engage in an active business of mass media and further leverage its franchise and network for use by existing content providers in need of broadcasting rights.”

With PCMC’s national franchise, PRIM intends to use it as leverage “to provide other content providers an avenue to broadcast their contents regionally and nationwide.”

“The company views the present transaction as an opportunity with the limited national media franchise granted by Congress and the growing need for media broadcasting,” PRIM said.

Trading of PRIM shares were suspended last July due to the backdoor listing plans. Suspension was lifted on Friday after the comprehensive disclosure of the deal.