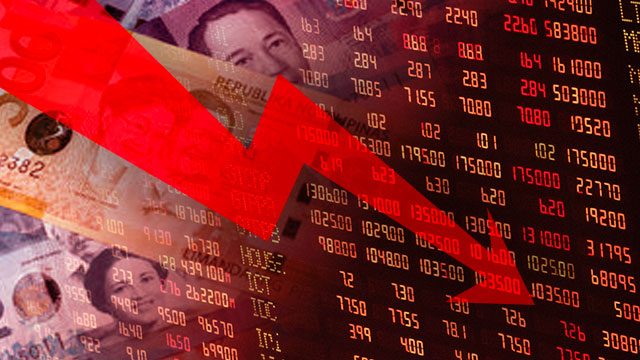 Facebook Twitter Copy URL
Copied
The Philippine peso closes at P58.99 against the US dollar on Tuesday, September 27

Data from the Bankers’ Association of the Philippines showed that the peso closed at P58.99 against the United States dollar on Tuesday, 17% lower than in the same period a year ago. Year-to-date, the peso is down by over 15%.

The peso’s weakness, as well as the plunge of most currencies, is attributed to the US Federal Reserve’s aggressive rate hikes to combat inflation.

Inflation in the US remains stubbornly high despite the Fed’s hawkish stance. Risks have not subsided and now threaten the US labor market. (READ: World at rising risk of recession as inflation hits consumers) 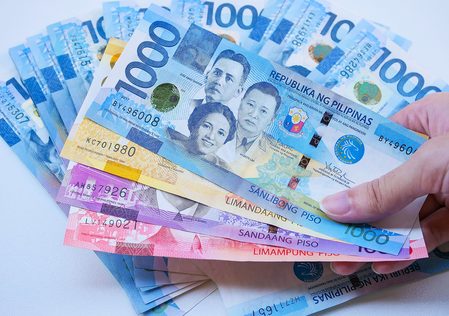 In the Philippines, analysts believe inflation has yet to peak. The Bank of the Philippine Islands (BPI) earlier noted that in a conservative scenario, inflation may reach a peak of 7% in October and stay above 6.5% until the end of the year.

BPI lead economist Jun Neri sees another rate hike by the Monetary Board of the Bangko Sentral ng Pilipinas (BSP) in October, in the wake of the Fed’s expected hike of 75 basis points (bps).

Neri said the BSP’s recent 50-bps rate hike was dovish, as “almost everywhere in the world the hikes have been more aggressive than expected because of the surprise announcement of the FOMC (Federal Open Market Committee).” Meanwhile, the benchmark Philippine Stock Exchange index (PSEi) fell by as much as 4.7% to the 5,900 level on Tuesday, indicating that it has stepped into bear market territory.

The PSEi slightly recovered from the sell-off during the last minutes of trading, climbing back to the 6,000 level at the close, but still losing 3.8%.

A bear market was determined by a 20% dip from a recent peak of 7,502 last February.

All subindices were in the red, with holding firms suffering the sharpest plunge. – Rappler.com