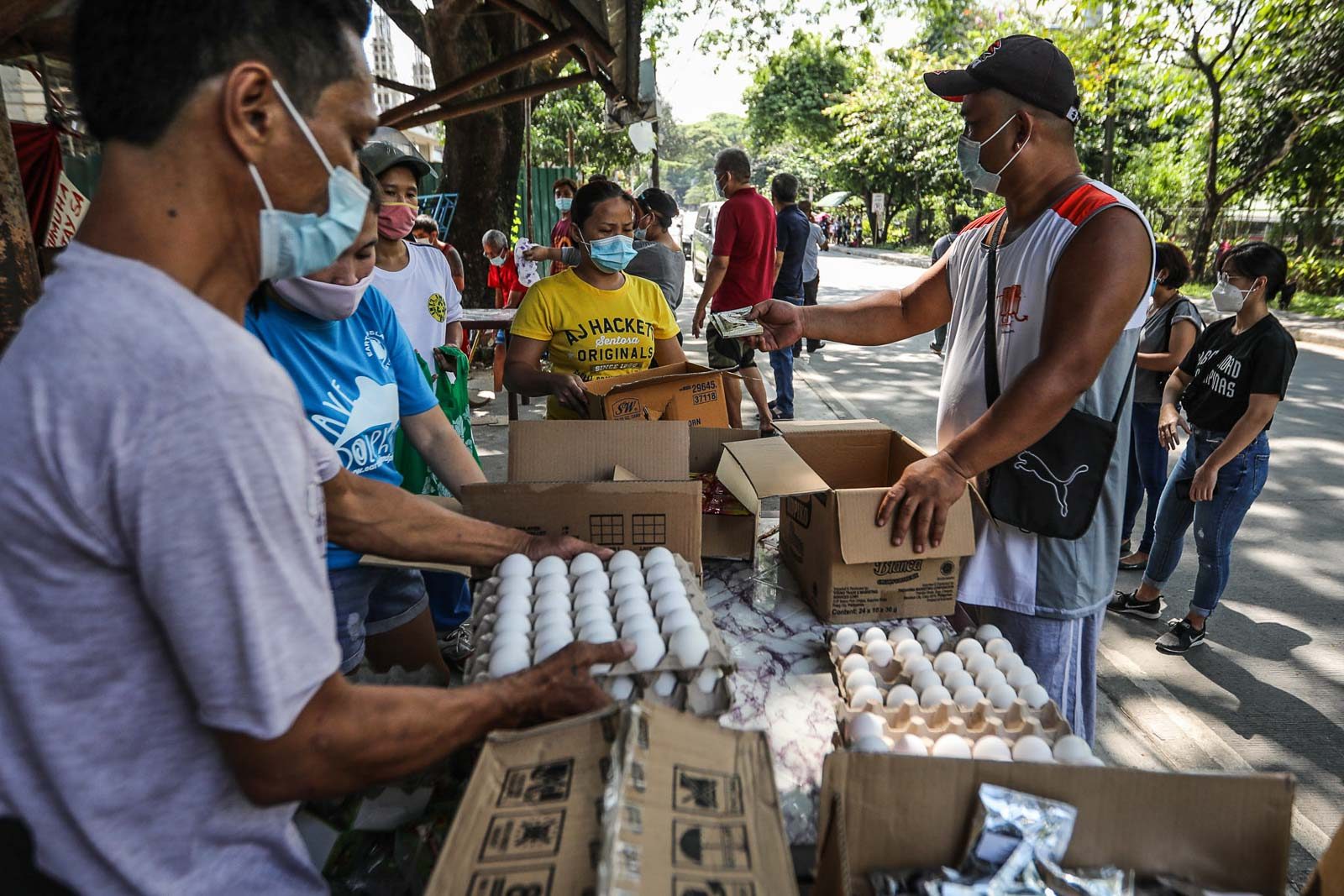 The Philippines has just gotten a slap on the wrist from credit rating agency Fitch Ratings, as the government struggles to contain the spread of COVID-19.

Fitch on Monday, July 12, revised its outlook on the Philippines from stable to negative, but maintained the country’s BBB rating, which is one notch above investment grade.

ING Bank Manila senior economist Nicholas Mapa said on Tuesday, July 13, that yes, a lower credit rating will have an impact on Filipinos’ budget and lifestyle.

“Yes, you can [‘eat it’], in the sense that it leads to lower borrowing costs, and the savings on that interest cost goes a long way and can be used for more productive needs,” Mapa said in an interview with One News’ BusinessWorld Live.

“A full downgrade will result in higher borrowing cost and that will channel some money from more productive means to simply paying higher interest costs,” he added.

Mapa added that the Philippines will likely need to borrow even more amid falling revenues and growing expenses as it deals with the worst health crisis in recent history. Rising interest rates would mean that borrowing would be more costly in the near future.

At the same time, Duterte is spending more for infrastructure projects in a bid to induce a trickle-down effect, where money is spent on big projects, while assuming that these projects would reach the poorest of society.

Mapa, however, disagrees with the government’s strategy, noting that money should be placed directly in Filipinos’ pockets to revive consumer spending. In his Manila Bulletin piece, Guinigundo noted that since the country got its first investment grade status in 2011 during the term of then-president Benigno Aquino III, the economy has grown and more jobs have become available.

The other big credit rating agencies like Moody’s Investors Service and Standard and Poor’s also upgraded the Philippines multiple times during the Aquino administration.

“PNoy did his homework and delivered on his campaign promises on the economic front. Both the government and private firms proved that good credit ratings can be eaten. His bosses rejoiced,” Guinigundo said.

Fitch’s Sagarika Chandra, director of Asia-Pacific sovereigns, explained that Monday’s revision was primarily due to the uncertainties brought about by the pandemic.

While Fitch affirmed the BBB rating, mainly due to the Philippine economy’s strength going into the pandemic, erosion has occurred.

“There were certain buffers that [the Philippines] had going into the crisis, but those buffers have been eroded and there’s still uncertainty about the evolution of pandemic and that’s hitting, in our view, the medium-term growth prospects,” Chandra said in an interview on ANC.

EXPLAINER: What’s in it for us if the PH has good credit ratings? The local stock market reacted negatively to the news, with the benchmark Philippine Stock Exchange index falling 1.7% on Tuesday. All subindices sank into the red, and properties and holding firms fell harder by 2%.

“The downward revision reflects increasing risks to the credit profile from the impact of the pandemic and its aftermath on policy-making as well as on economic and fiscal outturns,” said Luis Limlingan of Regina Capital.

“The negative outlook means Fitch may downgrade the Philippines’ credit rating if it reverses reforms or departs from the prudent macroeconomic policy framework that leads to continued higher fiscal deficits. A weaker macroeconomic outlook over the medium term and diminishing policy credibility may also lead to a downgrade.” – Rappler.com