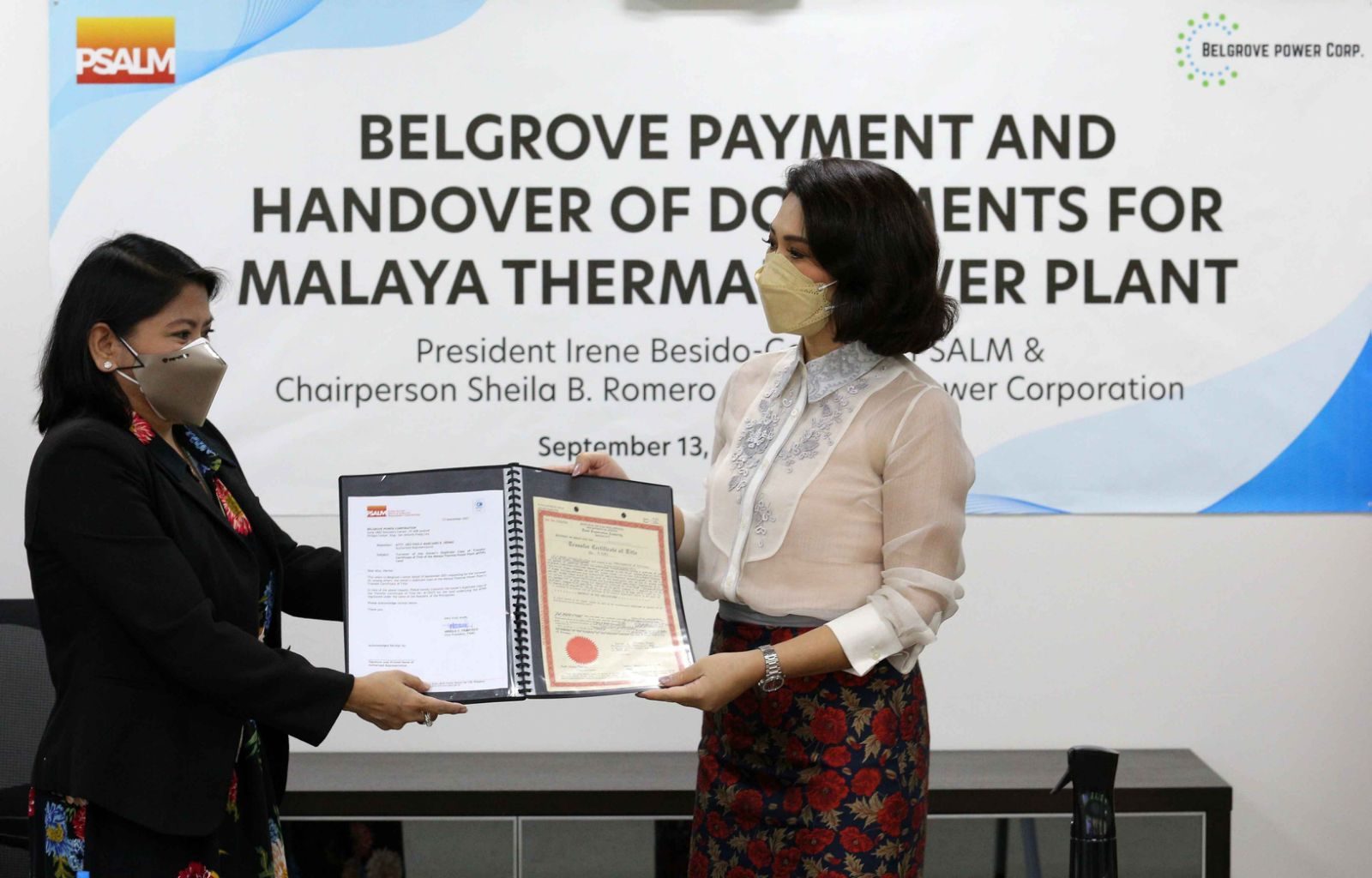 Belgrove chief executive officer Joseph Omar Castillo said the power firm will “immediately” repair MTPP Unit 2, which has a rated capacity of 350 MW, and will bring in two new gas engines for an additional capacity of 60 MW by the end of 2021.

Castillo said the estimated cost to repair and purchase replacement parts for the 1978 plant is at P500 million, so far. Full inspection is still being conducted.

For Unit 1, Castillo said Belgrove will conduct a feasibility study to see whether it would be rehabilitated or replaced entirely.

She said Belgrove already started talks with the National Grid Corporation of the Philippines for an ancillary services agreement.

On possibly offering supply to the Manila Electric Company, Romero said: “We would definitely offer services for Meralco once our plans are firmed up. After all, the Malaya power plant is embedded in the Meralco franchise area.”

This is a milestone for PSALM, as previous auctions had failed. The Department of Energy earlier said MTPP’s maintenance costs were already unsustainable, with PSALM sinking into the red in the past years.

In May, Belgrove parent Fort Pilar bought the power plant at P3.12 billion, 69% higher than the minimum offer price at P1.85 billion set by PSALM. It won against Ayala-led AC Energy, which submitted an offer of P2.2 billion.

Fort Pilar paid an additional P1.06 billion for the remaining fuel stock of the power plant.