Pricey Singapore rents go through the roof even as population dips 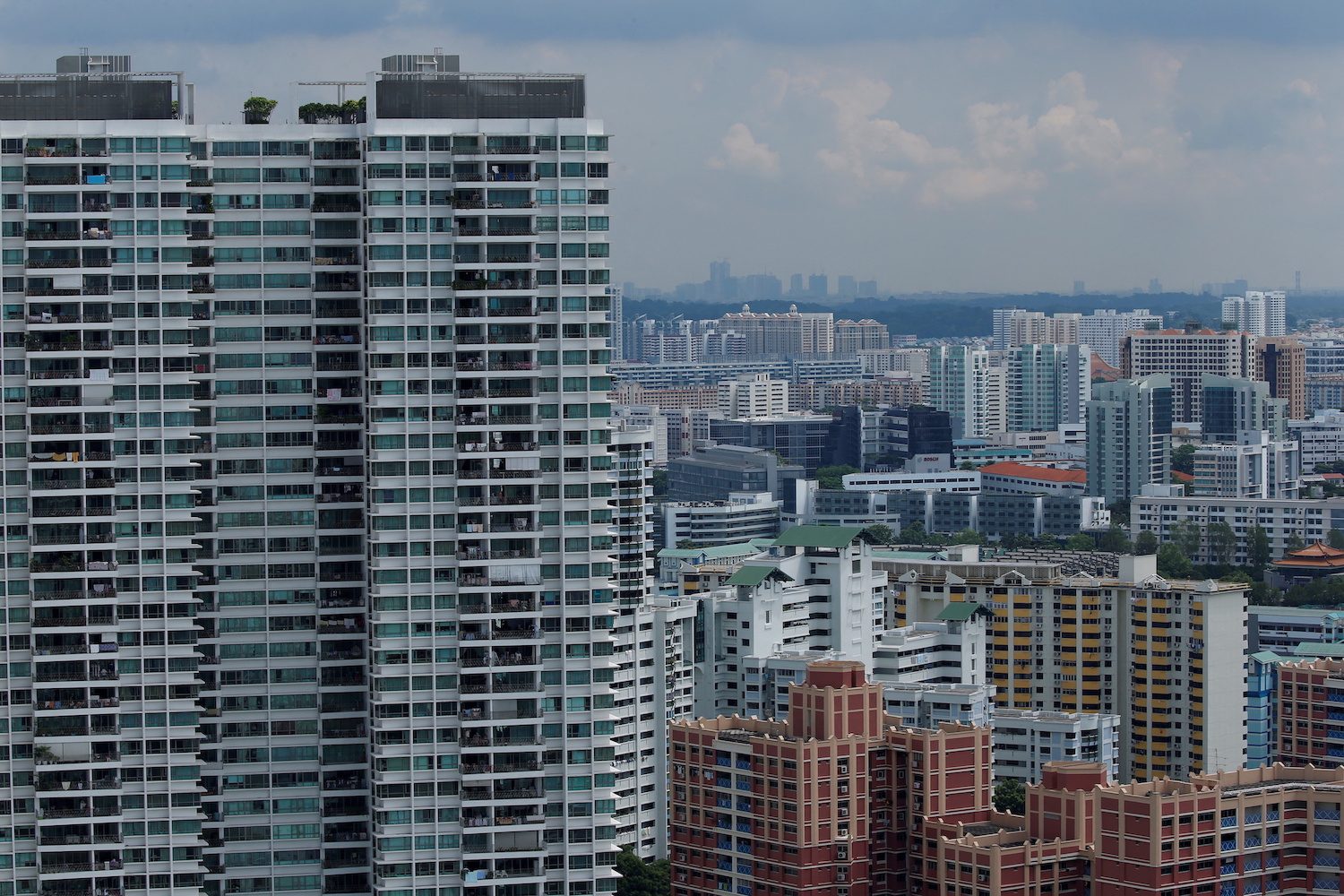 Facebook Twitter Copy URL
Copied
The surging property market is adding to the cost of living in Singapore, ranked by the Economist Intelligence Unit as the second most costly city to live in along with Paris

SINGAPORE – Home rents have risen to a seven-year high in Singapore, already one of the world’s most expensive cities, even though the city-state’s population has dipped in the past two years.

The rental price index of private residential properties increased to 114.2 in the fourth quarter of 2021, up 9.9% from the same period a year earlier, according to Singapore government data, as demand outstrips supply that has been hit by construction delays because of COVID-19 curbs.

“I need to win the lottery,” said American Aimee Yager as she described her weeks-long house hunt in Singapore and only finding a new 4-1/2-bedroom home for her family of four after raising her monthly rental budget to about S$10,000 ($7,400).

“We just can’t afford it,” said Yager, whose experience is echoed by confounded and frustrated tenants, both local and foreign.

Shortages of workers and materials because of the COVID-19 pandemic has delayed the construction of private condominiums and public Housing Development Board (HDB) apartments. At the same time, rental demand is rising, which analysts attribute to a range of factors.

Some local Singaporeans are renting while they wait for their apartments to be completed, while high property prices have prompted some landlords to sell their units, reducing the rental stock.

Other Singaporeans returned to the country during the pandemic and repossessed homes that were previously rented out. Young Singaporean professionals are also moving out of family residences and leasing their own space to work from home.

Singaporeans Sebelle Ho and her fiance, who will marry this month, just signed a S$2,800 lease on a two-bedroom HDB apartment, where they will live while waiting for their resale public housing flat to be ready.

But Ho said her hunt for the six-month rental had “not been easy at all,” recalling her stress after a potential landlord pulled out of their agreement.

Singaporeans do not typically rent but live in their family home until they get married and become eligible for subsidized public housing.

The surging property market is adding to the cost of living in Singapore, ranked by the Economist Intelligence Unit as the second most costly city to live in along with Paris.

Inflation has climbed to multi-year peaks this year, while fuel and electricity costs are forecast to spike further.

“If companies are recruiting or retaining expatriates in 2022, they’re likely to be needing to pay higher salaries or higher overall packages,” said Lee Quane at relocation firm ECA International.

The vacancy rate of private residential units shrank to 6% at the fourth quarter of 2021 from 7% a year ago, government data showed. Rents have also risen despite expatriates leaving Singapore amid the pandemic.

Analysts expect rents to rise 8% to 12% this year, as Singapore loosens border restrictions, allowing more foreigners into the country.

The city-state is also poised to attract workers from rival financial center Hong Kong, which is seeing an exodus of expatriates who are unhappy with its stringent COVID-19 prevention rules.

The hot rental streak is likely to continue for a couple of years until construction catches up, said Christine Sun at real estate consultants OrangeTee and Tie.

Briton Arabella Lambe’s family had to look for a new home after their landlord asked for a 50% increase to renew their current S$8,000 lease on a 4,500-square-foot (418-square-meter) house. When she saw a listing for a 3,000-square-foot house in a more central part of town, she snapped it up within hours.

But the rent is still slightly more than the previous one.

“We’re moving into a smaller house. So, I’m hoping that our huge electricity bills that we’ve been paying are going to be reduced,” said Lambe. “We’ll just have to sort of cut back on things.” – Rappler.com