DAVAO AIRPORT. Passengers line up for flights at the Davao International Airport on January 2, 2022.

Facebook Twitter Copy URL
Copied
'Recovery flights from diverted and delayed flights in these airports have been successfully dispatched to their location and mounted by the airlines on case-to-case basis,' says CAAP 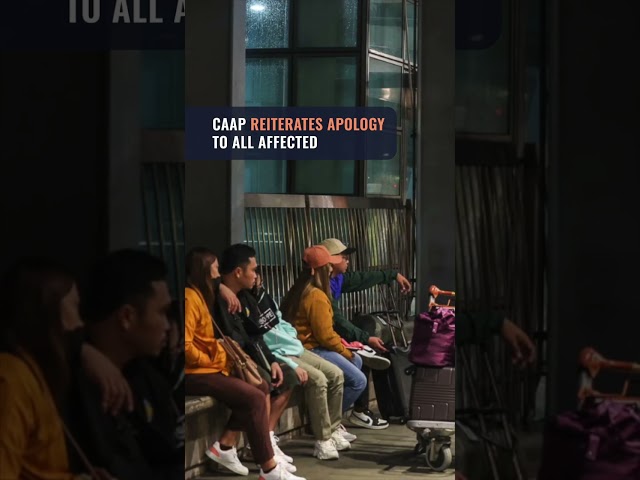 The airports are the following:

Flights at these airports were either canceled, delayed, or diverted during the service interruption on Sunday, January 1.

“Recovery flights from diverted and delayed flights in these airports have been successfully dispatched to their location and mounted by the airlines on case-to-case basis. Meanwhile, other passengers have been rebooked to other scheduled flights with the assistance of their airlines,” CAAP said.

“The CAAP has been actively working on resuming normal operations and providing assistance to passengers affected by delayed flights for the past two days,” it added.

CAAP reiterated its apology to all those who have been inconvenienced by the power outage that affected tens of thousands of passengers on January 1, and caused flight cancellations and delays until the following day.

“CAAP is committed to ensuring the safety and efficiency of its operations and will continue to quickly work towards correcting and improving the air travel experience in the Philippines,” it said.

Flights to and from Metro Manila were put on hold on New Year’s Day over technical issues with the CAAP’s air traffic management system. The Senate committee on public services will conduct an inquiry into the incident to determine liability, among others. – Rappler.com