This is how civil society groups called the consolidated Senate bill approved by the Senate Ways and Means Committee Wednesday, October 10, that seeks to impose higher taxes on “sin” products -- tobacco and alcohol.

This is way below the P31-billion target in the version passed by the House of Representatives and the P60 billion that the Finance department had long proposed.

“This is the hybrid version of what Recto and Philip Morris want,” said Filomeno Sta Ana, coordinator for Action Economic Reforms (AER), citing the committee bill's “striking” resemblance to a proposal filed by cigarette manufacturer Philip Morris at the Senate.

Senators Pia Cayetano and Franklin Drilon, who are backing higher taxes than what the “watered-down” SB 3299 proposes, vowed to push for a better version of the bill.

Supporting them are health advocates and government officials who expressed fear that with further watering down, the sin tax measure would no longer achieve its targeted impact on consumption and health care. 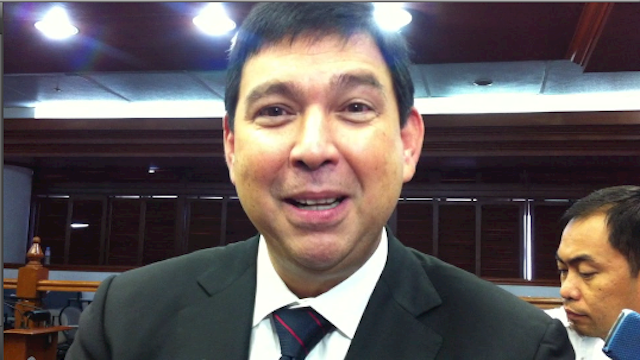 This marks the first time in over 15 years that a sin tax bill has reached this far in both houses of Congress. Previous proposals to increase taxes in tobacco and alcohol were defeated in past congresses.

The tax rates for alcohol products under the Senate's version are in the same range as the House's, but the rates for cigarettes are down significantly.

AER's Jo-ann Latuja said the figures for cigarettes in SB 3299 are close to what were proposed by Philip Morris.

For example, she said SB 3299 seeks to impose tax rates of P6 for low-, P12 for medium- and P14 for high-priced brands from 2013 until 2015, the same as the rates in Philip Morris' proposal. Net retail price cut-offs, which will eventually be the basis for the amount of taxes imposed on all brands, are also almost the same:

Worrisome, added Latuja, is that the Senate bill will impose lower – not higher – tax rates than the current ones levied on some brands.

“Many of the high-priced brands will move to the medium-priced tier because the net retail price cut-offs were raised.”

She said the brands classified as “premium” will “automatically move down to high,” which means they will be taxed only P14 in the first year under SB 3299, against the current P28.30.

In terms of additional revenue collection, tobacco will still generate a big portion of the total under the Senate bill. Out of the P15 billion to be generated in the first year, P9.8 billion will come from tobacco products, and P5.2 billion from alcohol.

Recto said the targeted revenues for tobacco are “predictable, recurring and fair.”

He said he agrees with the House's stand on the revenues for alcohol. “The committee concurs with the House version as to the need to temper increases.”

The amended HB 5727 cut projected incremental revenues to P31 billion from the originally proposed P60 billion. Most of the reduction was a result of a “compromise” in the tax structure for alcohol products. (Read: Higher cigarette taxes: A promise compromised?)

Government officials are still hoping the final Senate bill will take a form that's closer to the House's.

The P15 billion that SB 3299 seeks to raise cuts by half the projected revenues under HB 5727. Health Secretary Enrique Ona said, “these will not be enough to fund the universal health care program.”

The Palace agreed. “We thank Senator Recto for his efforts, but the Senate version of the bill falls short of what we need to fund the health programs we envisioned. We hope this can be remedied,” said Presidential Communications Secretary Ricky Carandang.

While the planned tax hikes under the Senate bill are not as big as the House's version, Recto said it will still be effective in decreasing consumption among smokers.

He said the Senate bill is expected to reduce the number of smokers in the country by 8% on the average and “possibly more” for the poor D and E classes.

Latuja claims otherwise, however. She said “smoking prevalence among the poor will grow more because of the expected downshifting to cheaper brands.”

She said a pack of premium brand Marlboro will cost only P50 by 2020 under SB 3299, and the low-priced Fortune will sell for only P30.

She said the measly increases in the prices (from the current P40 for Marlboro and P20 for Fortune) will not discourage consumption.

She noted that higher increases to P70 per pack for Marlboro, and P50 for Fortune under the House version will be effective.

Latuja and Sta. Ana, Senators Cayetano and Drilon, along with health advocates, all vowed to fight for a better version of the sin tax bill.

“He wants war then war we will give him. We will fight this war,” said Sta. Ana as he called for Recto's resignation. “We will demand for his resignation, even his ouster from that committee. It only shows that Senator Recto is defying the administration.”

Cayetano said in a Twitter post, “I cannot accept it (SB 3299). It's so watered down. I will fight for a better version.”

Drilon, on the other hand, told Rappler he signed the committee report on the Senate bill, but with the aim of proposing amendments to it. “The target revenues of the President are not met by the committee version.”

“I had my own version in my mind. We respect the version of the chairman of the committee, but that will be subject of debate on the floor.”

“I expected a little higher. At least the levels of the House version.”

There is little doubt the sin tax measure will be passed by Congress before the year ends. What's uncertain are the provisions it will contain. - Rappler.com