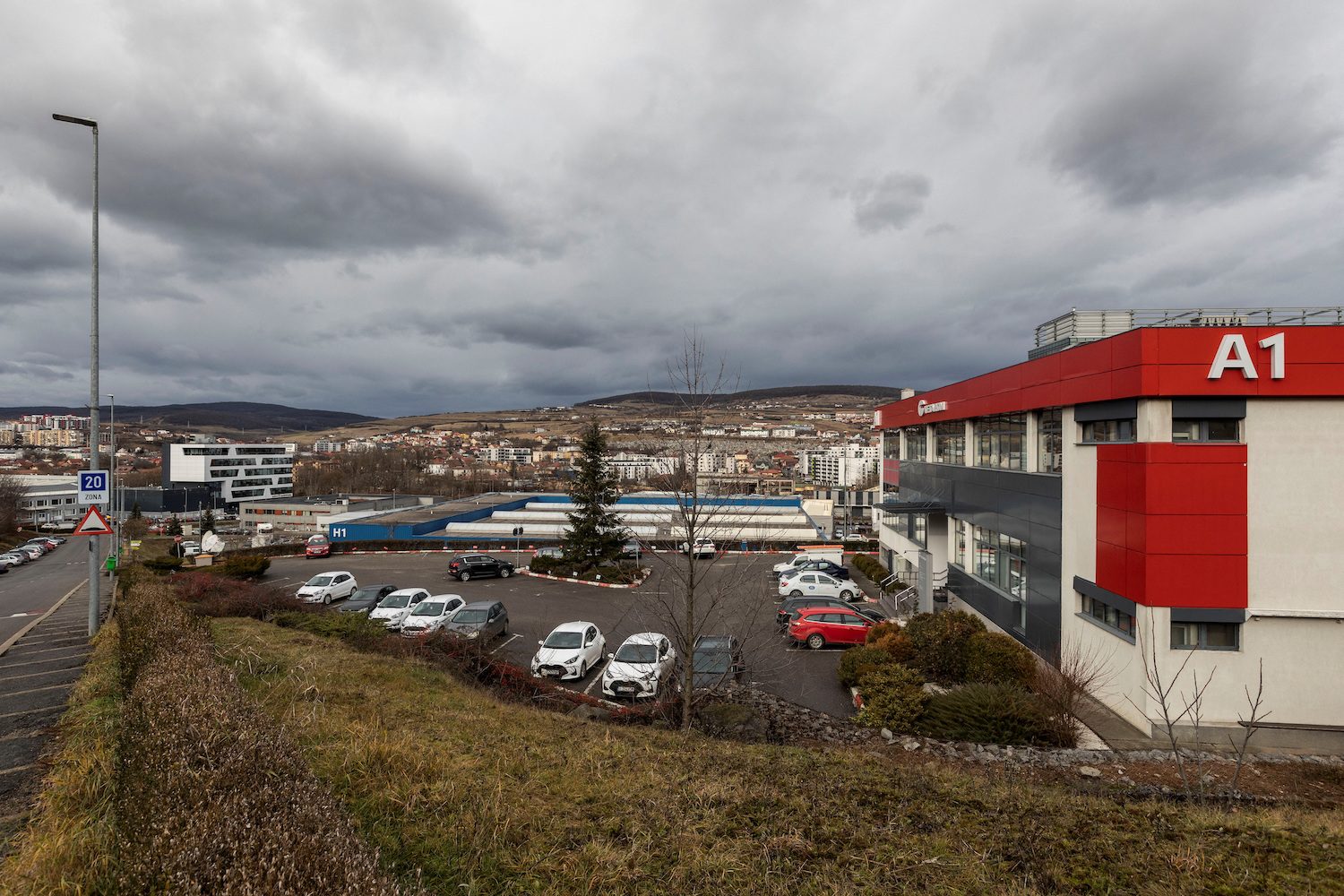 BUCHAREST, Romania – Romania’s economy is set to outpace its stagnating neighbors this year, helped by European Union funding, currency stability, and foreign investment driven in part by reshoring from Russia and Ukraine.

The International Monetary Fund expects a 3.1% expansion, while even the European Commission’s 1.8% growth forecast would place it well ahead of Poland – seen growing 0.7% – and Hungary, grappling with a slowdown and sky-high inflation.

That follows a decade in which Romania – long one of Europe’s poorest countries, and burdened with a reputation for corruption – has quietly closed in on its peers to become eastern Europe’s second largest economy after Poland.

According to most recent figures from Eurostat, gross domestic product (GDP) per capita expressed in terms of purchasing power was 74% of the EU average in 2021, a 21-percentage-point gain since 2010.

An average Romanian would spend about 20 months’ net income to buy a new Dacia Jogger car, the same as a counterpart in traditionally richer Hungary.

The transformation has been achieved despite Romania’s history of political instability, most recently a government collapse in 2021.

Romania’s prospects are underpinned by its EU membership and good relations with Brussels.

While Budapest and Warsaw are haggling with the bloc over rule-of-law strings attached to billions worth of pandemic recovery funds, Romania has already drawn down over 6 billion euros in grants and cheap loans.

Prime Minister Nicolae Ciuca has said the government aims to tap more than 10 billion euros a year, equivalent to about 4% of GDP, of about 90 billion euros of EU funding available to Bucharest through to 2027.

Some progress with justice reforms led the European Commission to recommend in November the lifting of a special justice monitoring mechanism Romania has been under since it joined the bloc in 2007.

“Provided that all the anti-corruption measures in the [recovery funds] plan are correctly implemented, Romania could become an example of good governance in the region,” an unnamed EU official said.

S&P, which like other ratings agencies has Romania on its lowest investment grade pending reductions in the fiscal deficit, has said it expects Bucharest to make progress on reforms agreed to secure the pivotal recovery funds.

The stability of the leu currency is another factor, especially compared with Hungary’s forint, which hit multiple record lows last year. Higher salaries across the border have already led some Hungarians to take jobs in industrialized western Romania.

“This is an entirely new development, and I would caution anyone [in Hungary] against weakening the forint further, or not raising the minimum wage,” said Sandor Baja, managing director for the Czech Republic, Hungary, and Romania at staffing company Randstad.

A recent Reuters poll of economists saw the forint sliding again in 2023, with the leu weakening slightly.

Zoltan Dio, a theater set designer who lives near Hungary’s second biggest city Debrecen, has been working across the border for years. He keeps a Romanian bank account to shield against swings in the forint, which lost 8% against the leu last year.

“If I get an assignment in Hungary, then after much haggling I can charge about two-thirds of what I get in Romania with no questions asked,” said Dio.

A 2022 survey by Ernst&Young showed more than half of 101 foreign companies planned to set up or expand operations in Romania, primarily in supply chains and logistics, ranking it fourth in Europe by intention to invest.

“We are optimistic that investment will rise in coming years, also encouraged by EU funds,” said Alex Milcev, head of Tax and Legal at E&Y Romania.

While Romania does not have a unified investment agency, the ministry for small firms and entrepreneurship told Reuters it was overseeing five possible relocation projects from Russia, Belarus, and Ukraine worth an estimated 705 million euros.

Among them, Finnish Nokian Tyres plans to invest 650 million euros by 2024 in a factory in northwest Romania’s Oradea, an affluent region bordering poor parts of Hungary.

“It was clear that Oradea was the best choice for our new factory,” Päivi Antola, Nokian’s head of investor relations, told Reuters. She said Nokian had reviewed over 40 relocation targets, looking at skilled workforce availability, logistical advantages, green energy sources, and railway access.

Hurdles remain for the economy, including Romania’s big current account deficit, aging population, and chronic red tape that has frustrated infrastructure development. Cutting the fiscal deficit could be tricky ahead of 2024 elections.

And relations with the EU are not always smooth: in December, Austrian opposition over unauthorized immigration kept Romania out of Europe’s borderless Schengen area. Bucharest says access would add half a percentage point to annual growth.

Regional disparities are huge, with some rural areas still off the power grid while in bustling Bucharest living standards exceed those in former East Germany.

But that is changing, according to Mugur Isarescu, Romania’s central bank governor for over three decades.

“I’ve been in the country recently: bumper to bumper traffic on both sides. So it’s not just in Bucharest,” Isarescu said in November. “It doesn’t really look like recession or poverty.” – Rappler.com