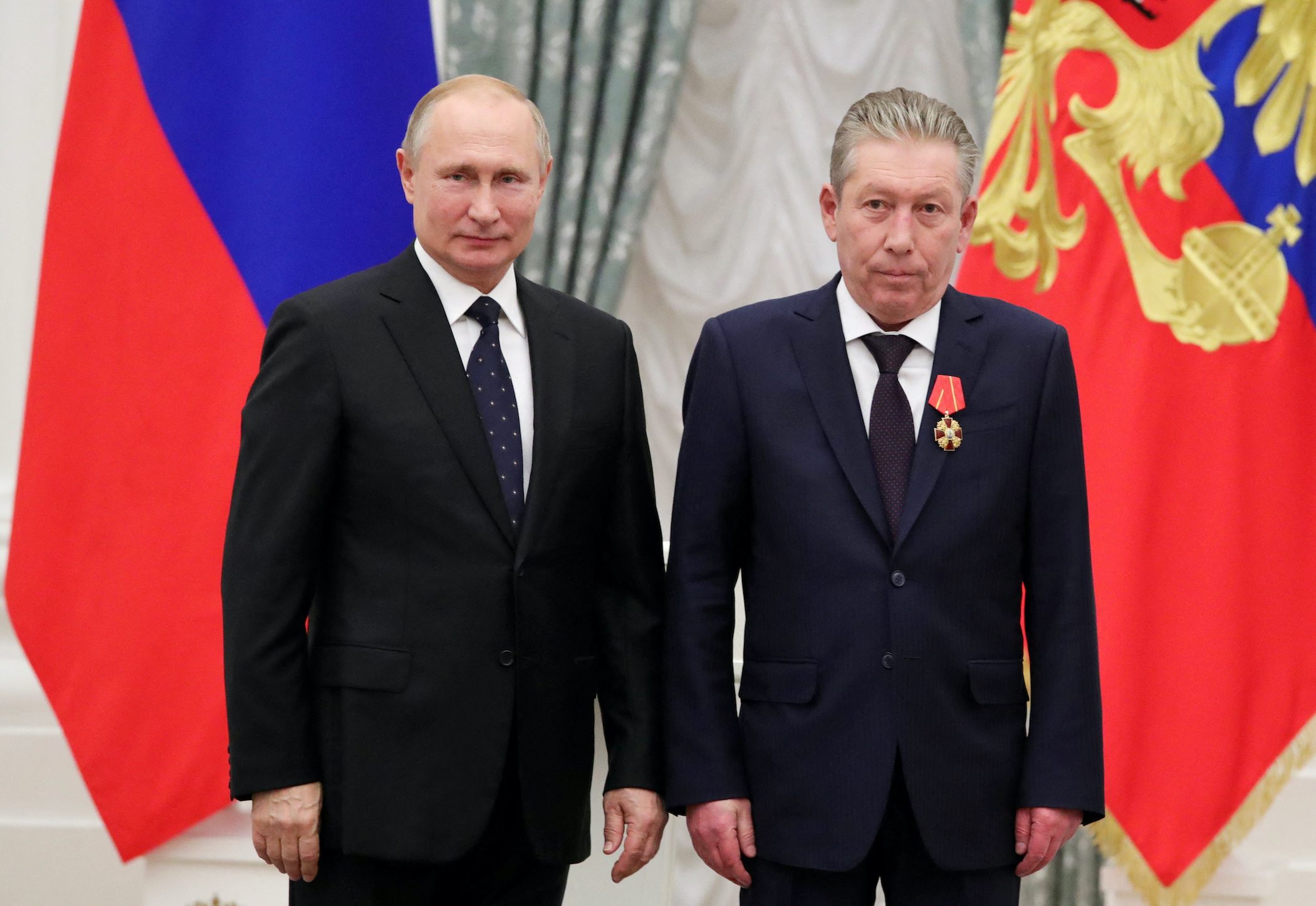 OIL EXECUTIVE. Russian President Vladimir Putin stands next to Lukoil's Ravil Maganov after decorating him with the Order of Alexander Nevsky during an awarding ceremony at the Kremlin in Moscow, Russia, November 21, 2019.

MOSCOW, Russia – Ravil Maganov, the chairman of Russia’s second largest oil producer Lukoil, died on Thursday, September 1, after falling from a hospital window in Moscow, two sources familiar with the situation said, becoming the latest in a series of businessmen to meet with sudden unexplained deaths.

The sources confirmed reports by several Russian media that the 67-year-old had plunged to his death, but the circumstances surrounding his fall were unclear.

Russian state news agency TASS reported the death as a suicide, citing a law enforcement source. It quoted the source as saying Maganov had been admitted to hospital after suffering a heart attack, and was also taking antidepressants.

Reuters was unable to confirm those details. Three sources told Reuters that, based on their close acquaintance with Maganov, they did not believe he would have killed himself.

Another source close to the company said there was a belief inside Lukoil management that he had committed suicide, but the source had not seen evidence or documents to support that.

Moscow police referred Reuters questions about the death to the state Investigative Committee, which did not respond to a request for comment.

Lukoil is a private company that competes with Russian state energy giant Rosneft. It said in a statement that Maganov had “passed away following a serious illness.”

“Lukoil’s many thousands of employees mourn deeply for this grievous loss and express their sincere condolences to Ravil Maganov’s family,” it said.

At least six other Russian businessmen, most with ties to the energy industry, have died suddenly in unclear circumstances in the past few months.

The deaths were all in Russia apart from that of Sergei Protosenya, a former top manager of Russia’s largest liquefied natural gas producer Novatek, who was found with the bodies of his wife and daughter at a villa in Spain. Catalan regional police, investigating the case, have said they believe he killed them and then took his own life.

Maganov had worked in Lukoil since 1993, shortly after the company’s inception, and had overseen its refining, production, and exploration, becoming chairman in 2020. His brother Nail is the head of midsized Russian oil producer Tatneft.

Unusually among Russian companies, Lukoil took a public stand over Moscow’s intervention in Ukraine. In a March 3 statement, the company’s board of directors expressed its concern over the “tragic events” in Ukraine and called for the “soonest possible end to armed conflict” via negotiations.

Since 2014, Lukoil has been subject to sectoral sanctions imposed by the US Treasury Department’s Office of Foreign Assets Control after Moscow’s annexation of Crimea from Ukraine.

Lukoil is trying to expand its business in Africa and has refineries in Europe, including in Italy. It has for years faced speculation about being an acquisition target for Rosneft, which had bought numerous oil-producing assets across Russia. Both Lukoil and Rosneft have denied those rumors. – Rappler.com