When Russia turns off the gas through the Nord Stream 1 pipeline for maintenance in July, Europe is starting to worry that it won’t turn it back on again.

This week, Russia cut gas flows to Europe to 40% of the pipeline’s capacity, blaming delayed equipment repairs and leaving Germany and other European states racing to find alternative supplies to head off the risk of rationing when winter comes.

Now, Europe fears President Vladimir Putin will use a scheduled maintenance program on the pipeline from July 11 to 21 to turn the screws, putting a brake on efforts to refill inventories in retaliation for far-reaching sanctions over Moscow’s invasion of Ukraine.

“We are in another episode of the energy war launched by Russian dictator Putin,” Czech Industry Minister Jozef Sikela said on Friday, June 24. “And we don’t know where it will escalate to. It cannot be ruled out that shipments will drop or completely stop.”

The head of the International Energy Agency similarly warned on Wednesday, June 22, that Russia could cut off gas to Europe entirely to bolster its political leverage.

The Kremlin has said Russia remains a reliable energy supplier and “strictly fulfills all its obligations” to Europe, blaming reduced supply on the sanctions which have delayed the return of serviced equipment from Canada to Russia’s gas supplier Gazprom.

Some European countries, however, said that is a pretext to send less gas and drive up prices – prompting Germany to trigger the “alarm stage” of its emergency gas plan while others have set out measures to avert winter shortages.

Germany’s Economy Minister Robert Habeck says it is heading for a gas shortage if Russian gas supplies remain as low as they are now, and certain industries would have to be shut down if there is not enough come winter.

“Companies would have to stop production, lay off their workers, supply chains would collapse, people would go into debt to pay their heating bills, those people would become poorer,” Habeck told Der Spiegel magazine on Friday, saying it was part of Putin’s strategy to divide the country.

Gas bills were set to rise further in the summer for German households who are already paying more than double what they paid last year, internet portal Check24 said.

In past years, maintenance shutdowns of Nord Stream 1, the main pipeline bringing gas from Russia to Europe’s largest economy, have ended on time.

This year, gas traders and analysts suspect Russia will at least take advantage of the opportunity to extend the outage, putting upward pressure on European benchmark wholesale prices, which have already gone up nearly 100% so far this year.

Gazprom did not respond to a request for comment on Friday.

On Thursday, June 23, Kremlin spokesman Dmitry Peskov told reporters: “Our German counterparts are well aware of the technical cycles of gas pipeline maintenance…. It has been working for many years, it works properly, flawlessly. Therefore, it is strange to drag politics into everything here.” 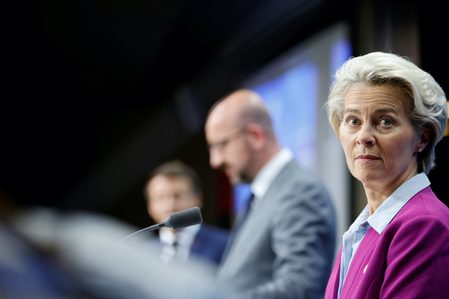 Europe receives 40% of its gas from Russia and both sides stand to lose if supply is cut completely.

In energy markets, scheduled outages for maintenance on infrastructure such as pipelines and power plants are common and often required by safety regulation.

Operators have to give the market advance notice of such outages and they are an opportunity to carry out work in periods when there is usually less energy demand such as summer.

It is not uncommon for additional faults to be detected and to be fixed during routine outages. Operators can prolong maintenance periods to do this but they would have to alert the market.

“A concern that NS1 maintenance might be an opportunity to find a pretext to prolong zero flows via the pipeline is valid. Although, bear in mind that Russia can’t replace the EU as a solid and credit-worthy off-taker,” a trader said, referring to Europe being Russia’s biggest gas customer.

Ole Hansen, head of commodity strategy at Saxo Bank, said Russia does not have sufficient buyers to make up for the potential shortfall in European revenues.

“As opposed to crude oil, Russia sells the bulk of its gas via pipelines to Europe and Asia and, considering the current restrictions on ships transporting Russian goods, they do not have alternative buyers lined up,” he added.

Should Nord Stream 1 not be fixed by mid-July, Europe will not have enough gas supply through the winter, analysts at Goldman Sachs said, and wholesale gas prices will rise further.

“While Europe is responding with a raft of measures including restarting coal capacity and setting industrial gas auctions to reduce demand, we see growing upside to [Dutch gas] prices and tightening constraints on northwest European gas demand, should the situation deteriorate further,” they said.

It will make filling gas storage sites even harder if Nord Stream 1 does have prolonged maintenance. European sites are 55% full currently and the target is 80% by November 1.

If the pipeline flows continue at 40% capacity or stop completely, Europe will only be able to refill storage to 69% and 60% respectively, according to consultancies Wood Mackenzie and Rystad Energy. – Rappler.com