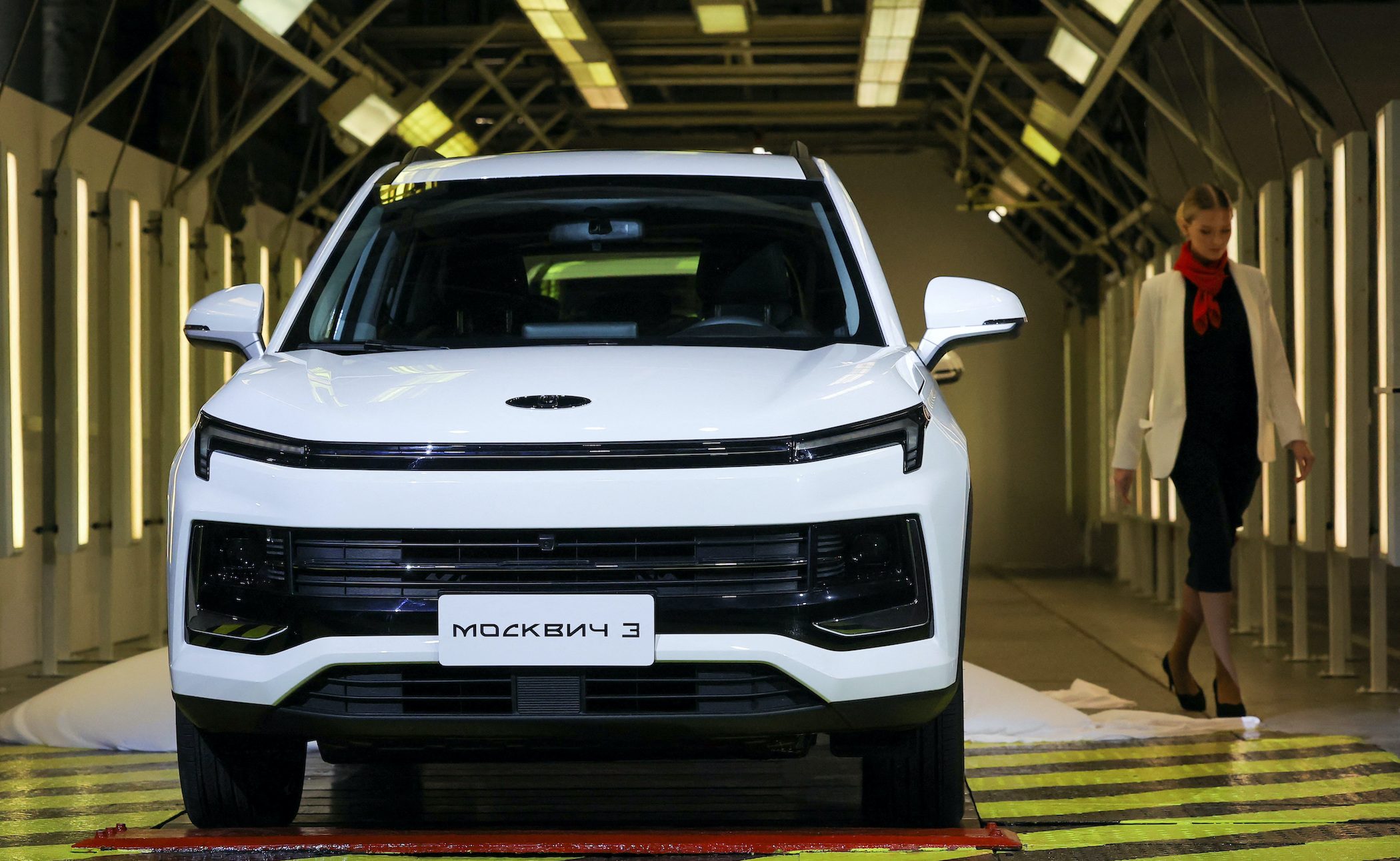 MOSKVICH. A view shows a car under the Soviet-era brand Moskvich during a ceremony marking the launch of the production at the Moscow Automobile Factory Moskvich in Moscow, Russia, November 23, 2022.

MOSCOW, Russia – After a two-decade hiatus, Russia on Wednesday, November 23, launched production of the Moskvich car brand at a plant near Moscow given up by the French carmaker Renault, with a new, modern Chinese design that barely resembles the Soviet-era classic.

While the last Moskvich (“Muscovite”) was a basic three-box saloon or pedestrian hatchback, the Moskvich 3 is a muscular-looking gasoline-powered crossover hatchback with alloy wheels, LED slit-headlights, and a large central touchscreen display.

In fact, the car looks identical to the Sehol X4 compact crossover made by China’s JAC, also known as the JAC JS4.

Sources told Reuters that JAC’s design, engineering, and platform were being used, with parts being delivered from China, and the vehicles shown at the launch displayed numerous JAC stickers bearing part codes.

However, Maxim Klyushkin, the plant’s project manager, declined to confirm that the Chinese firm was Moskvich’s partner.

“We have [Russian truck maker] Kamaz as an external partner and we have a long-distance partner we are working with,” he said. “We are not naming that partner.”

Klyushkin said the car would have an anti-lock braking system (ABS), one of the features that Russia’s Avtovaz has been forced to remove from Lada models because of the Western trade sanctions imposed in response to Moscow’s military campaign in Ukraine.

Renault sold its majority stake in Avtovaz in May to the Russian state for reportedly just one rouble, but with a six-year option to buy it back. It sold its plant, now renamed the Moscow Automobile Factory Moskvich, for another rouble.

With just 600 vehicles slated for production this year, the new car is unlikely to alter the gloomy outlook for the wider industry, whose annual sales could end the year below 1 million for the first time in Russia’s modern history.

“The first Moskvich cars will come off the production line in December 2022,” Kamaz said in a statement.

Western sanctions over Moscow’s military campaign in Ukraine have not only hampered access to foreign-made components but also helped to drive out foreign manufacturers.

Kamaz and the government have established new supply chains, but not disclosed details.

“The task for the near future is to establish small-node assembly processes with the involvement of local suppliers by the end of 2023,” Industry and Trade Minister Denis Manturov said in a statement.

The ministry said the launch of full-scale production would provide jobs for around 40,000 more people. The car goes on sale in Russia next month, it added, although the price has yet to be disclosed. President Vladimir Putin last week urged carmakers to keep prices down. – Rappler.com