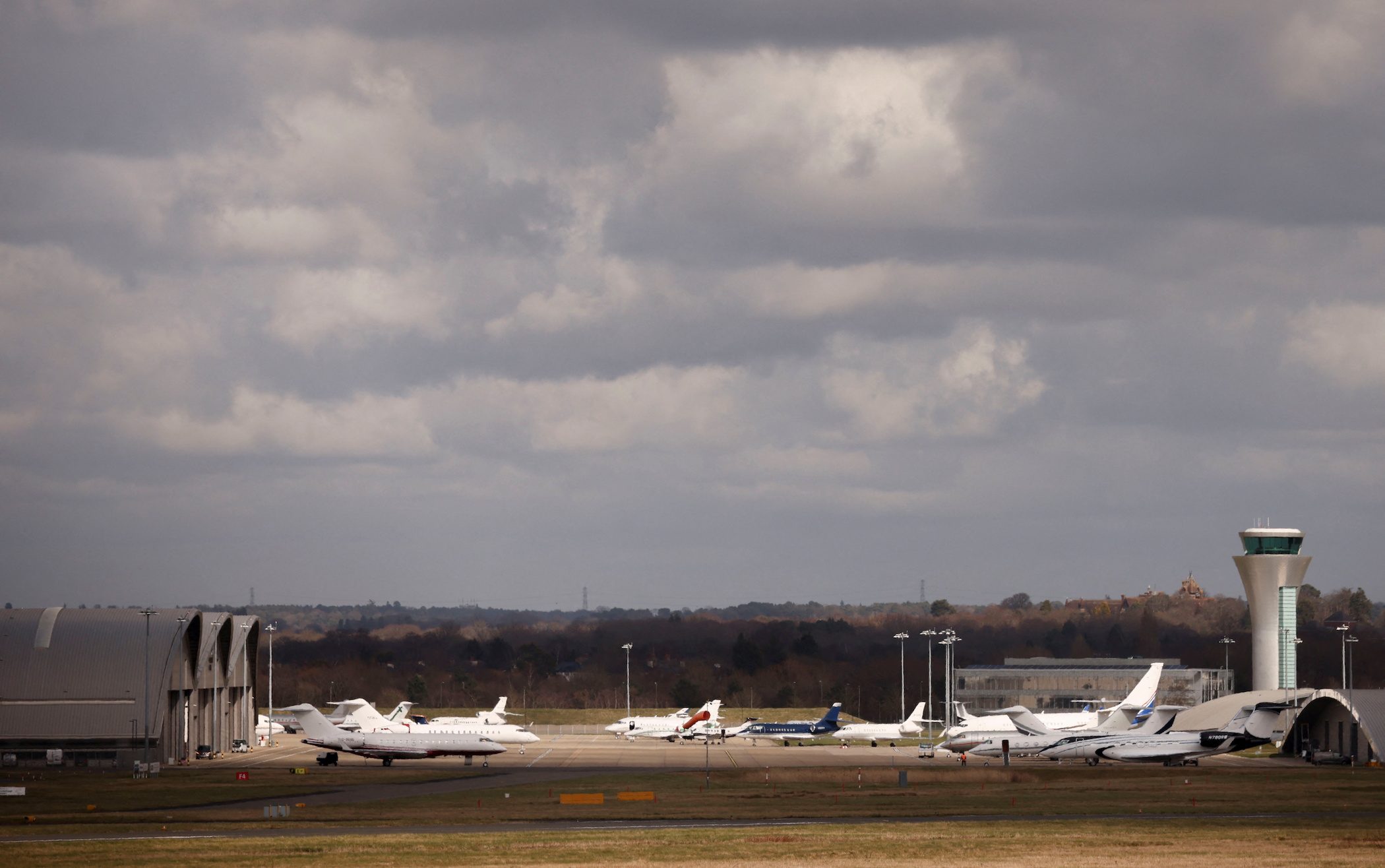 AIRCRAFT. General view of planes on the tarmac at Farnborough Airport, in Farnborough, Britain, March 9, 2022.

LONDON, United Kingdom – Britain said on Wednesday, March 9, it had impounded a plane connected to a Russian billionaire under new aviation sanctions which give authorities the power to detain any Russian aircraft and to ban exports of aviation or space-related goods to Russia.

The measures to strengthen action against Russian aircraft mean it is a criminal offense for any to fly or land in the United Kingdom.

Transport minister Grant Shapps said one aircraft had already been impounded at Farnborough Airport in southern England while further investigations were carried out.

A British government source said the private jet was linked to Eugene Shvidler, a billionaire business associate of Roman Abramovich, the owner of Chelsea soccer club. Shvidler could not immediately be reached for comment.

“We know that it isn’t a Russian company that holds the aircraft, it’s rather a Luxembourg-registered aircraft. We are carrying out further checks before releasing it,” Shapps told LBC radio.

The transport ministry said it was working with the Civil Aviation Authority to clarify details of the jet which is registered with Global Jet Luxembourg.

“Banning Russian flagged planes from the UK and making it a criminal offense to fly them will inflict more economic pain on Russia and those close to the Kremlin,” foreign minister Liz Truss said.

The foreign office said it would lay new legislation on Wednesday to implement the measures, which also include a power to remove from the British aircraft register any aircraft belonging to sanctioned Russian individuals and entities.

The new sanctions will also prevent aviation and space related exports including insurance and reinsurance.