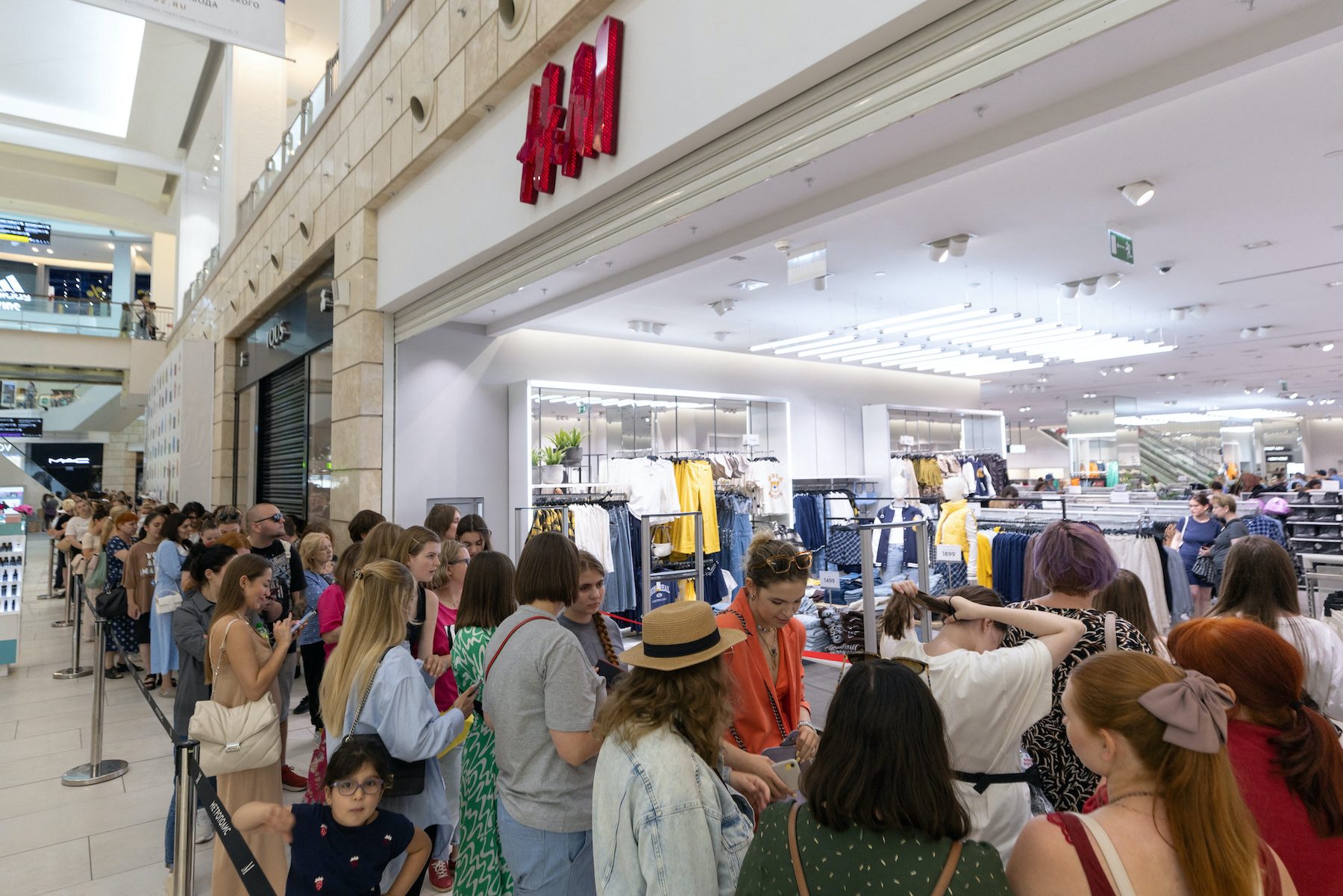 FINAL SALE. People line up to enter an H&M store, which was reopened to sell the remaining stock before the company exits the Russian market, in Moscow, Russia, August 2, 2022.

MOSCOW, Russia – A long queue of Russians snaked through a Moscow shopping center on Tuesday, August 2, waiting to get into H&M as the fashion retailer flung open its doors for a final time to sell inventory before making a full exit from the Russian market.

Scores of consumer brands suspended operations in Russia after Moscow sent tens of thousands of troops into Ukraine on February 24, with H&M, IKEA, and Nike among the companies to have announced plans for a permanent exit.

“Well, it is closing, that’s why we are standing here,” one customer, Irina, told Reuters. “I’m going to buy whatever there is.”

“Sadly, the reason why all this is happening is awful,” another customer, Ekaterina said. “Everything else is meaningless, like how we are going to manage [without H&M].”

Furniture giant IKEA has reopened for an online-only sale, but H&M opted to allow customers back in person. Exiting Russia, H&M’s sixth biggest market, is expected to cost the company almost $200 million and affect 6,000 staff.

H&M did not immediately respond to a request for comment on Tuesday.

A company spokesperson in July said H&M would temporarily reopen physical stores in August to sell the remaining inventory in Russia. H&M, the world’s second biggest fashion retailer, rents its 170 physical stores in the country and operates them directly. – Rappler.com