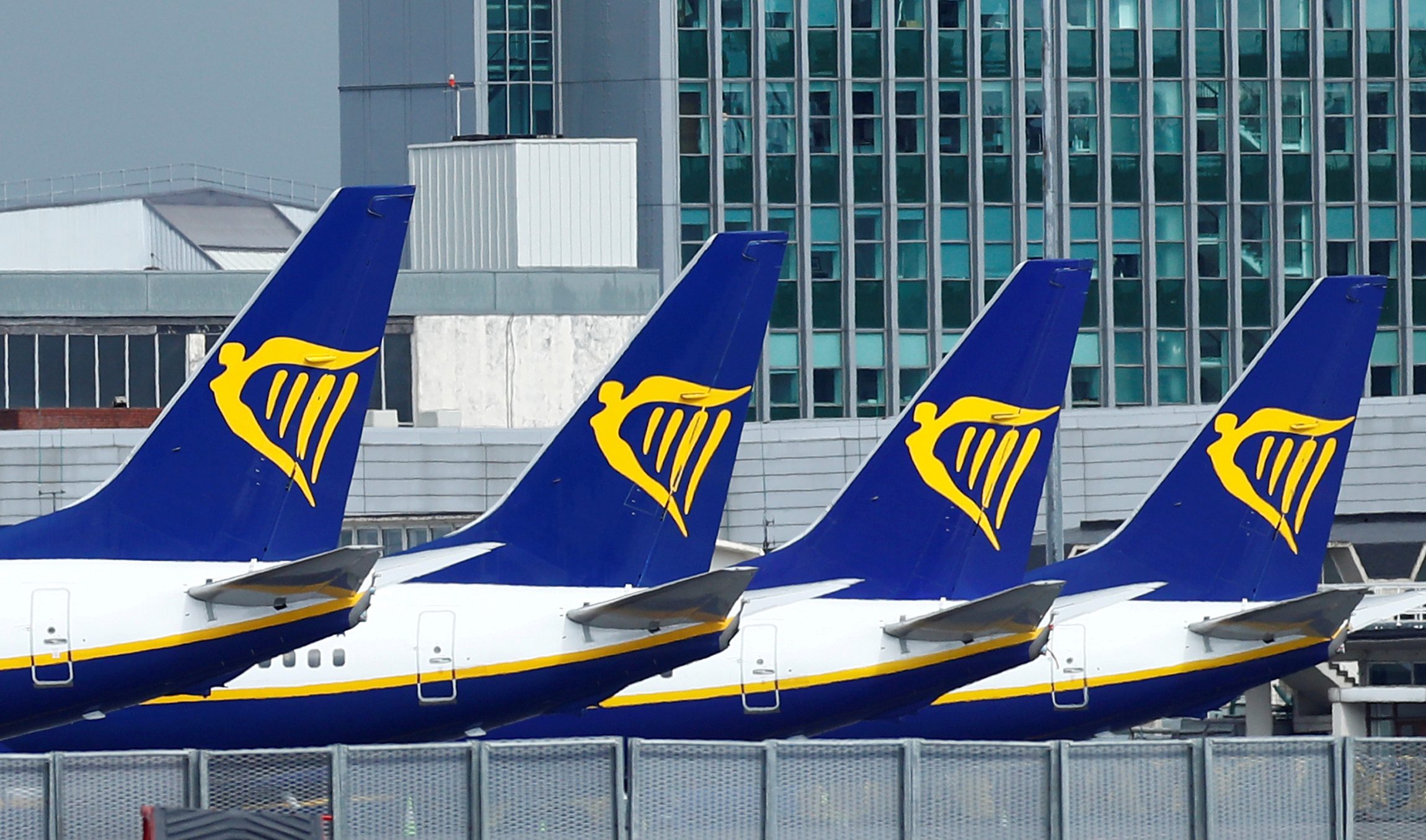 RYANAIR. Ryanair planes are seen at Dublin Airport in Ireland, May 1, 2020.

Ryanair expects a record loss of close to 1 billion euros ($1.2 billion) in the year to March 31 before what chief executive Michael O’Leary says will be a “dramatic recovery” later in the year thanks to COVID-19 vaccination programs.

The Irish low-cost airline, Europe’s largest, forecast a loss between 850 million and 950 million euros in its current financial year – about 5 times larger than its previous record loss in 2009.

But O’Leary told an investor call that bookings would “snap back very strongly” once confidence grows in the rollout of vaccines across the European Union.

“I would be reasonably confident…that we will see a return to relatively high-volume travel in that key July, August, September quarter,” he said.

Traffic is likely to be 20% to 25% of pre-pandemic levels between April and June, rising to 50% to 70% between July and September, depending on the success of the European Union’s vaccine program, O’Leary said, with winter traffic potentially at 75% to 100%.

“We are somewhat in the lap of the gods,” he acknowledged, adding that the airline could carry between 80 million and 120 million passengers in the coming financial year, compared with the 150 million in the year before COVID-19.

Ryanair is widely seen as one of the best-placed airlines to weather the COVID-19 crisis thanks to its large cash balance and lack of long-haul and business-class flights.

The airline will move very quickly to exploit opportunities created by the retrenchment of rivals, including in Britain, Germany, Italy, and Spain, he said.

“I would be prepared to grow aggressively in the winter of 2021, even on lower air fares,” he said.

COVID-19 restrictions slashed Ryanair passenger numbers by 78% in the last 3 months of 2020, pushing it to a 3rd quarter loss of 306 million euros, slightly better than the 300-million-euro loss forecast in a company poll of analysts.

Ryanair said it expects its first delivery of Boeing’s 737 MAX in March, with at least 24 of the 210 it has on order arriving in time for its peak summer season. The 737 MAX was cleared to return to service late last year, having been grounded globally in March 2019 following deadly crashes in Indonesia and Ethiopia.