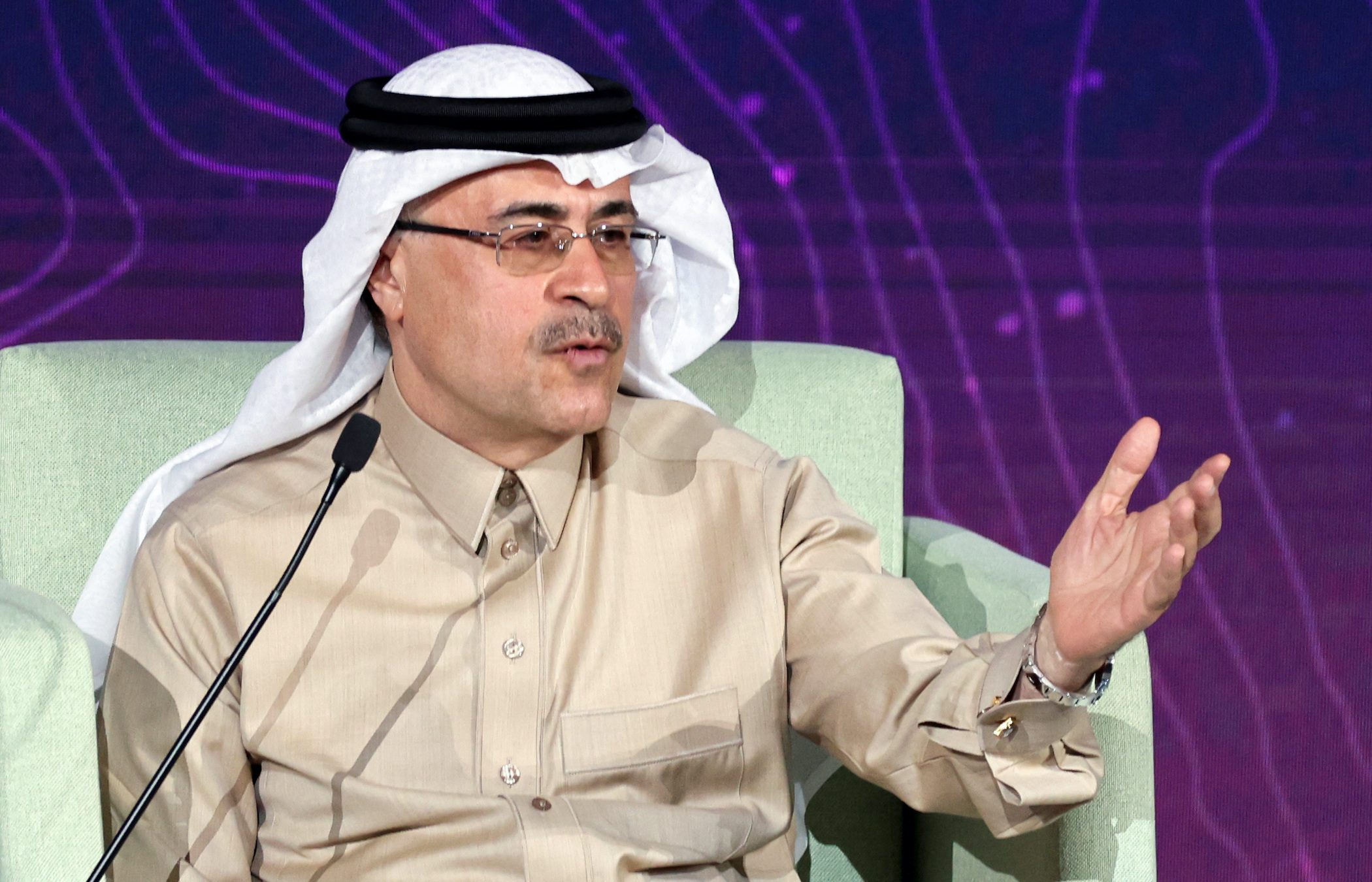 Facebook Twitter Copy URL
Copied
While juggling the daily management tasks of a company with 70,000 employees, Saudi Aramco CEO Amin Nasser has also addressed the questions that surround how to meet the world's energy needs

DUBAI, United Arab Emirates – At an industry event this year in Riyadh, the Saudi energy minister paused at about 9 pm in front of some 1,000 people and told them it was bedtime for Amin Nasser, the chief executive of state-owned oil producer Saudi Aramco.

He was not joking.

Over a career of four decades, Nasser has earned a reputation for a style of dedication that means he will be making sure he’s prepared for the challenges of the day ahead, not mingling into the early hours.

“It was kind of embarrassing you know with protocol and all these things, but it goes to show his work ethic and all that he tends to do to stand out,” an industry source, speaking on condition of anonymity said.

The company expects “oil demand to continue to grow for the rest of the decade, despite downward economic pressures on short-term global forecasts,” Nasser said in Aramco’s earnings report.

The Saudi oil giant vies with Apple as the world’s most valuable company. It temporarily grabbed the top spot in May, helped by a rise in oil prices to 14-year highs after Russia’s invasion of Ukraine on February 24 raised concerns about energy supplies.

While juggling the daily management tasks of a company with 70,000 employees, Nasser has also addressed the questions that surround how to meet the world’s energy needs and become increasingly outspoken on the issue.

In common with other oil majors, Aramco has defended the continued use of fossil fuels during the transition to cleaner energy.

Typically understated and diplomatic, Nasser broke from his usual convention last December to say a lack of spending on oil production could have serious social consequences and investment needed to continue in parallel with developing alternative sources.

Addressing the World Petroleum Congress in Houston, Texas, Nasser criticized an assumption that the world could shift to cleaner fuels “virtually overnight.”

“I understand that publicly admitting that oil and gas will play an essential and significant role during the transition and beyond will be hard for some,” Nasser told delegates.

“But admitting this reality will be far easier than dealing with energy insecurity, rampant inflation, and social unrest as the prices become intolerably high and seeing net zero commitments by countries start to unravel.”

For some, those comments in the US oil heartland of Texas have proved prescient as high energy prices and global inflation sent world leaders, including US President Joe Biden, knocking on Saudi Arabia’s door in search of extra barrels.

But as drought, record temperatures, and flooding have increased global alarm about any new development of fossil fuels, many others say the overwhelming need is for investment in renewable and other domestic sources of energy.

“In some circles he (Nasser) is seen as a climate threat, due to Aramco’s aggressive plans to ramp up production to 13 million barrels per day by 2027,” said Jim Krane, energy research fellow at Rice University’s Baker Institute and author of the book Energy Kingdoms.

“But in Saudi circles, he is seen as an innovator willing to diversify Aramco’s successful business model by pushing into chemicals, hydrogen, and decarbonizing Aramco’s operations.”

Under Nasser, Aramco took over Saudi petrochemical giant Sabic under its downstream drive, launched an initial public offering (IPO) in a record $29.4-billion listing in 2019, and released the company’s first report on its emissions after decades of secrecy.

The homegrown technocrat was an unknown quantity in the West. In contrast to other Aramco CEOs, he is not a product of a major US university and instead climbed the company’s ranks after receiving a Saudi education.

Nasser began his career as a petroleum engineer. Before becoming CEO in 2015, he held positions including vice president of upstream when he led the company’s largest capital investment program in its integrated oil and gas portfolio.

To steer the company smoothly, he has to retain the support of two of the most powerful figures in the kingdom: Energy Minister Prince Abdulaziz bin Salman and Yasir al-Rumayyan, governor of the Public Investment Fund who is also chairman of Aramco’s board of directors.

“Amin absolutely runs Aramco and this is recognized by the other key players,” said an industry source familiar with the matter.

Nasser has become highly popular at Aramco by promoting a decentralized culture and spending time with both leaders and workers, analysts say.

During the Muslim fasting month of Ramadan, he makes a point of visiting an Aramco field or plant every evening and breaking the fast with crews. Pleasing the elite is also part of his job.

That means keeping the petrodollars flowing, including for Crown Prince Mohammed bin Salman’s ambitious economic diversification plans, such as a $500-billion desert megacity.

“Nasser’s job is way bigger than that of the typical oil company CEO. His job is not just producing and marketing oil, but also keeping the Saudi government supplied with the revenues necessary to remain afloat,” said Krane.

“The security of the Saudi royal family depends to a large extent on his success.”

The United States and Saudi Arabia blamed Iran for the attack. Tehran denied any involvement.

Nasser was at the Aramco emergency unit within 7 minutes, said the industry source. He did not micromanage and gave managers in the field the freedom to make decisions during a high-pressure moment.

“Despite 50% of Aramco’s operations being impacted by the attack, within a matter of a few weeks, Aramco was able to restore the bulk of its operations,” said Mazen Alsudairi, head of research at Al Rajhi Capital.

“This was possible because he continued the strong risk management policy of the company that leaves no scope for leniency.” – Rappler.com