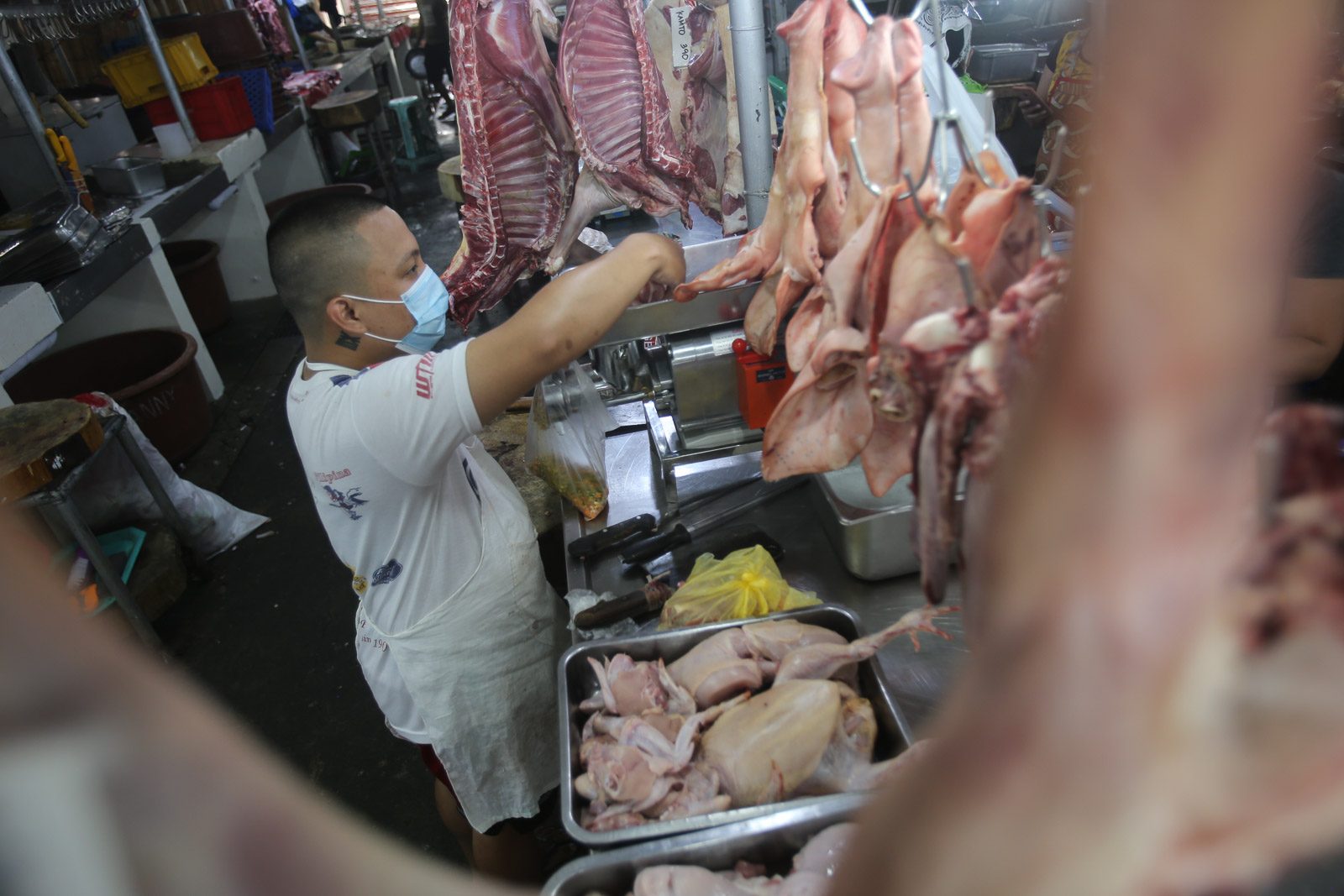 Facebook Twitter Copy URL
Copied
'Given that we have reached a compromise, we will act without delay to reflect the features of the compromise in a corresponding executive issuance,' says Agriculture Secretary William Dar

President Rodrigo Duterte’s economic managers and senators reached a compromise on pork import tariff rates, after the executive and legislative branches clashed over the impact of the controversial Executive Order (EO) No. 128.

They agreed to amend Duterte’s EO, which earlier wanted to trim tariff rates on pork imports within the minimum access volume (MAV) – or the number of allowable pork imports with low taxes – from the current 30% to 5% for the first 3 months, then 10% for the next 9 months.

“Given that we have reached a compromise, we will act without delay to reflect the features of the compromise in a corresponding executive issuance,” Agriculture Secretary William Dar said.

Dar will submit the revised pork import tariffs to the National Economic and Development Authority Board, through Socioeconomic Planning Secretary Karl Chua. The NEDA Board will in turn make the final recommendation to the Office of the President.

Lowering taxes of imported pork is a contentious issue, as senators and hog raisers argued that it would kill the local industry.

Senator Panfilo Lacson earlier alleged that the scheme would lead to further corruption during the worst health and economic crisis in recent history. – Rappler.com