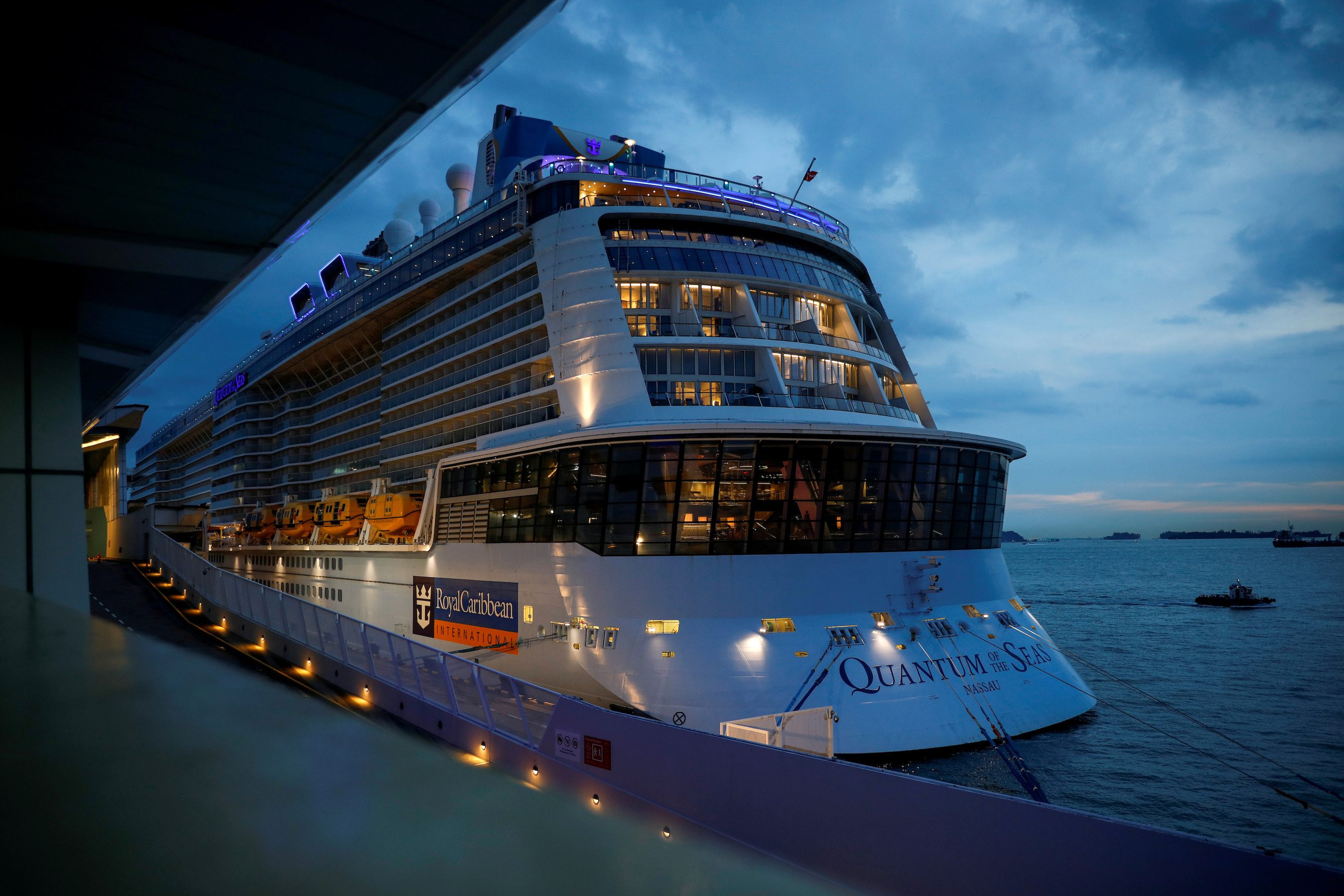 CRUISE SHIP. Royal Caribbean's Quantum of the Seas cruise ship is moored at Marina Bay Cruise Center after a passenger tested positive for COVID-19 during a cruise to nowhere, in Singapore, December 9, 2020.

Facebook Twitter Copy URL
Copied
The Singapore 'cruises to nowhere' are open only to its 5.7 million residents

Singapore currently accounts for a third of the world’s cruises, its tourism body said on Wednesday, April 7, owing to the roaring success of its “cruises to nowhere” at a time of crisis in the industry globally.

Cruises have yet to restart in many parts of the world after taking a beating from the coronavirus pandemic, with some of the earliest big outbreaks found on cruise ships.

The city-state launched what it called “round trips” on luxury liners in November, which have no port of call and last only a few days. Singapore has seen relatively few domestic COVID-19 cases since last year.

The Singapore cruises are open only to its 5.7 million residents, who have been unable to leave the tiny country for leisure and have settled instead for activities like staycations and even indoor camping.

The cruises recorded about 120,000 passengers, according to the Singapore Tourism Board (STB), and run at lower capacity, with stringent health protocols. STB did not cite a source for its industry data.

Some cruises from the Caribbean are expected to resume from June while the US Centers for Disease Control and Prevention has retained tight curbs on resuming cruises from the United States.

Some cruises have operated in parts of Europe, Asia, and the South Pacific, according to the Cruise Lines International Association.

Royal Caribbean said this month that it was extending the season in Singapore for its Quantum of the Seas ship due to “overwhelming demand” through October.

STB Chief Executive Keith Tan said Singapore did not expect to be leading in cruises for long.

“Over the next few months, I certainly believe there will be more resumption of cruise business in the Caribbean, and in the Mediterranean as well,” Tan said.

Singapore’s tourism industry has been hit hard by the pandemic, with visitors dropping nearly 86% to 2.7 million last year. – Rappler.com