Southwest Airlines could lay off at least 6,800 workers 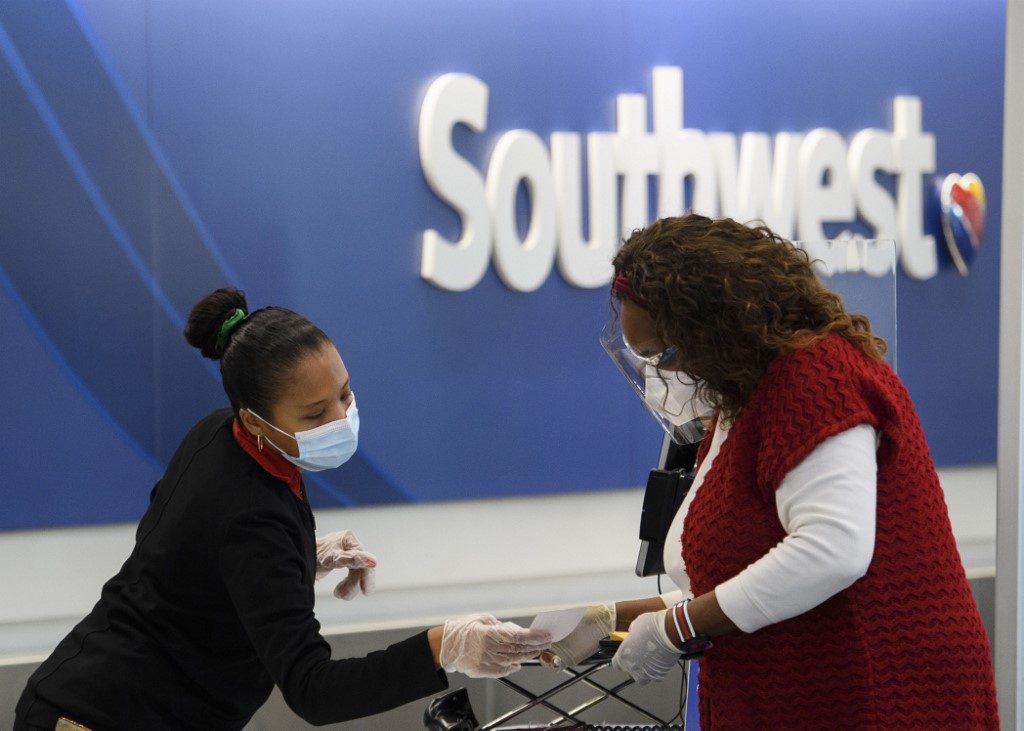 CHECKING IN. A passenger checks in for a Southwest Airlines flight at Los Angeles International Airport in California on November 25, 2020.

Facebook Twitter Copy URL
Copied
Southwest Airlines says layoffs would take place on March 15 or April 1, 2021, unless it reaches a deal with unions or the US Congress provides additional aid

Southwest Airlines warned it could lay off more than 6,800 workers in 2021 in what would be the carrier’s first involuntary job cuts in its 50-year history.

Southwest sent layoff notifications on Thursday, December 3, to 6,828 employees, saying it had been unable to reach an agreement so far with unions on spending cuts needed in light of the industry downturn due to the coronavirus pandemic.

The company has been in talks with unions since early October “to help offset the billion dollars of overstaffing costs projected for next year,” the company said in a statement.

Southwest said the layoffs would take place on March 15 or April 1 unless the company reaches a cost-saving agreement with unions or Congress provides additional payroll support funding after a previous round of backing expired in October.

The notices were sent to several groups, including pilots, flight attendants, and ground operations staff.

The warning comes after United Airlines and American Airlines both laid off thousands of employees earlier this year. Air travel has plummeted in 2020 due to the pandemic.

The Transport Workers Union Local 555, which represents some 2,550 operations and cargo agents who received potential layoff notices, said the company’s action amounted to a “last-ditch effort to leverage labor into accepting their ill-conceived and unilateral ultimatum to accept the cost cuts they have devised, or face furlough,” according to its website. – Rappler.com