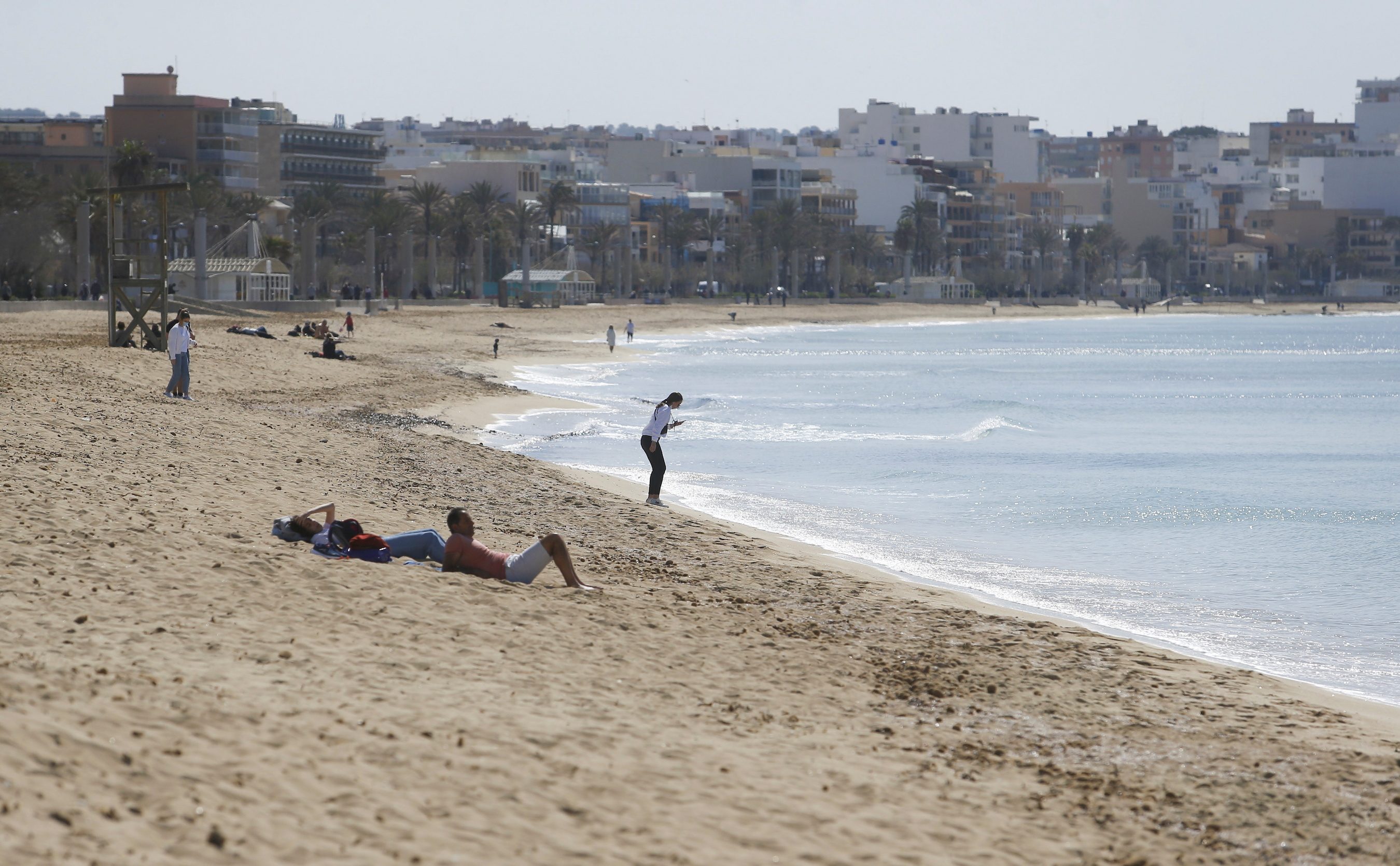 Facebook Twitter Copy URL
Copied
(UPDATED) Spain, the world's second most visited country, eyes getting half of the tourists it had in 2019

An influx of German sunseekers to Spain’s Balearic Islands is providing a welcome boost to the local economy, but businesses and holidaymakers fear the revival could be cut short if Berlin reintroduces quarantine for returning tourists.

Tens of thousands of holidaymakers from across Germany hit Mallorca’s white sandy beaches over the weekend after Berlin eased restrictions last week.

But Chancellor Angela Merkel is meeting with regional authorities to debate the next round of coronavirus measures, which may include quarantine for returning travelers.

“I am convinced that everything here is safe and very well organized,” 52-year-old German tourist Peter said as he was enjoying a beer in the sun in Palma de Mallorca.

Peter, who did not provide his second name, said it would be a “huge mistake” if Germany tightened travel rules again.

Spain hopes foreign tourism can rebound to half its pre-pandemic levels this year after it plunged 80% to 19 million visitors last year – the lowest since 1969.

Cristian Lafourcade, who has been awaiting the return of tourists to his German beer hall in Palma de Mallorca, said Germany’s quarantine decision was crucial.

“It’s like D-Day for the season,” he told Reuters.

Lafourcade was confident restrictions on the islands should be sufficient to contain the virus but he was concerned that some holidaymakers were unaware of the rules and urged foreign visitors to be responsible.

“For the sake of two weeks we can’t gamble the whole summer,” he said.

Estimates from the Funcas think tank show the tourism sector’s contribution to Spain’s economy slumped to between 4% and 5% last year from around 12% in 2019, jeopardizing many businesses that depend on tourists.

But not everyone was pleased to see the holidaymakers return.

Maria, a 41-year-old banker in Palma, said she was concerned that visitors were not heeding restrictions, as a small group of maskless German youths walked on the nearby beach.

“When I saw so many people without masks…it scared me a little bit.”

On the other side of the island at TUI‘s Robinson Club hotel, general manager Tina Grunold said the company aimed to guarantee a great holiday, while ensuring guests complied with strict safety regulations.

Economic concerns aside, many Spaniards are frustrated that foreign tourists can fly to the islands when most people in mainland Spain remain stuck at home due to a travel ban. – Rappler.com