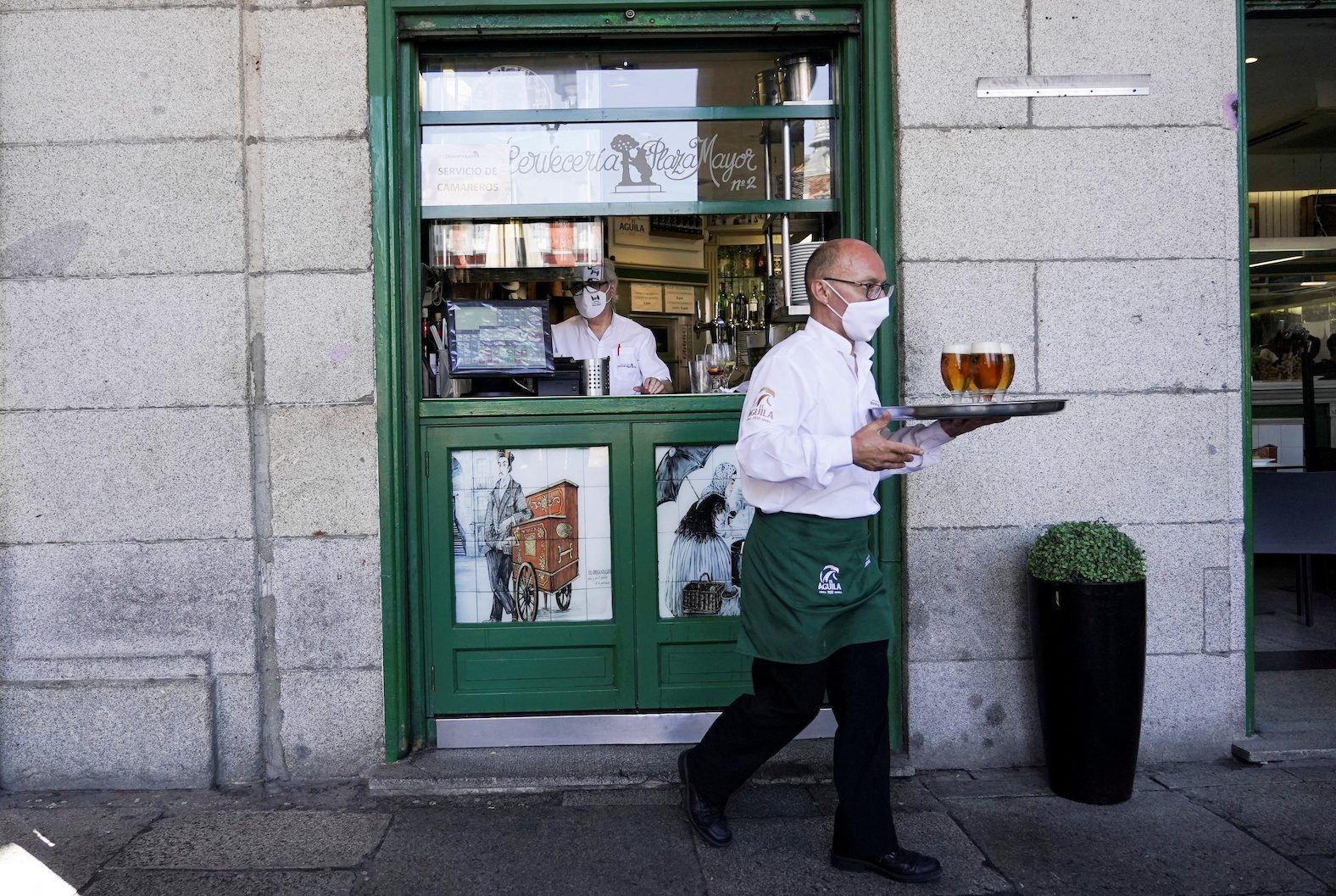 FILE PHOTO: A waiter carries a tray of beers in a commercial neighborhood in Madrid, Spain. July 27, 2021. REUTERS/Juan Medina/File Photo

MADRID, Spain – Spain plans to relax work permit rules for foreigners, its social security and migration minister said on Friday, June 3, seeking to address labor shortages in key industries such as tourism and construction that threaten its economic recovery.

“We are evaluating different aspects of the migration law and where there is room to improve it … in order to address bottlenecks in Spain’s labor market,” he said.

Labour shortages have been reported in the tourism, agriculture, construction and technology industries.

The government plans to allow around 50,000 non-EU students to combine studies with work.

It will also facilitate access to work permits by allowing those who can show a previous connection to Spain through family, residence or at least two years work, even if it was informal.

A draft of the reforms listed the most pressing job vacancies as being for telemarketers, sales representatives, delivery vehicle drivers and software developers.

Spain’s tourism industry has seen a strong rebound but companies are struggling to find workers willing to wait tables and clean hotel rooms, something the government has characterized as a Europe-wide problem.

Friday’s S&P monthly purchasing managers survey showed that, despite stronger demand in May, businesses were unable to grow as fast as expected because of problems finding workers. The report highlighted potential wage inflation as a result.

There are fears staff shortages could also hamper Spain’s ability to realize pandemic recovery projects funded by the European Union.

Staff shortages have also been reported in fruit orchards and on construction sites.

“Hiring additional staff came at a cost in the form of higher wages being paid,” S&P said.

Spain’s economy was the hardest hit in the euro zone by the pandemic, shrinking 11% in 2020.

Though unemployment is still high, at 13.65%, the pandemic encouraged more workers into the formal economy as official contracts were needed to collect furlough payments.

As a result, formal employment has reached a record high, causing shortages in some areas.

Spain already has migration programs with countries such as Morocco, Ecuador and Colombia and is open to extending temporary work visas to other Central America countries. A new pilot program started with Honduras earlier this year, sources told Reuters. – Rappler.com