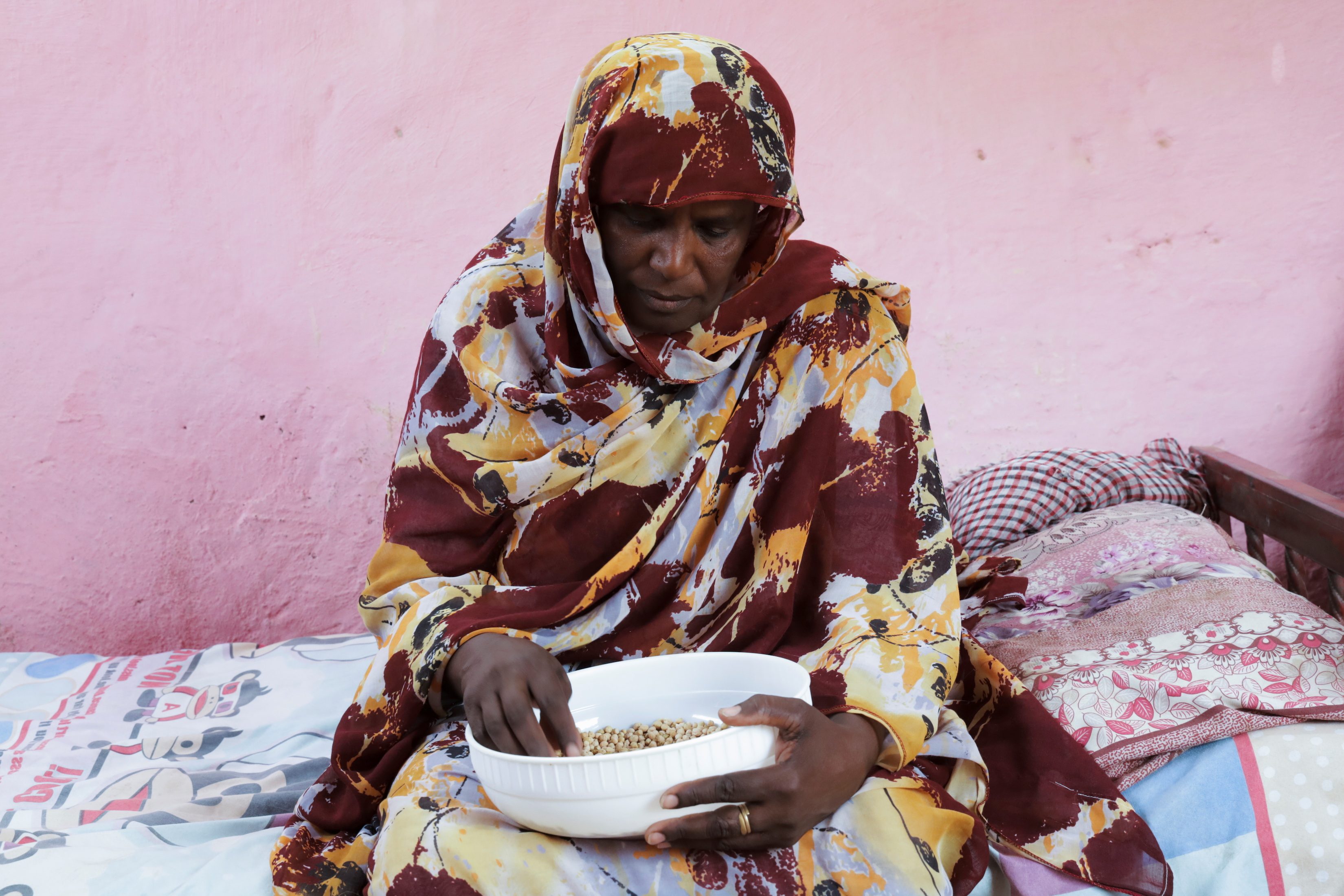 Facebook Twitter Copy URL
Copied
In Sudan, where inflation is at over 340% and shortages abound, 80% of the population will receive a temporary $5 basic monthly income

For Intisar Altayib, who ekes out a living drawing henna tattoos in Khartoum, soaring prices in Sudan mean running up tabs at local stores and cutting back on evening feasts during the Muslim holy month of Ramadan.

She is one of millions struggling through an economic crisis that has deepened as Sudan tries to emerge from decades of isolation and conflict. Inflation has risen to more than 340% and there are shortages of everything from power to medicines.

To ease the pain of reforms, the government is introducing a donor-funded scheme that aims to provide a temporary $5 basic monthly income to 80% of its population of 43 million.

The rollout, which began in February, is a test for the transitional civilian-military partnership that is due to govern Sudan until 2023. Many Sudanese complain they have not seen the benefits of an uprising, triggered by the deteriorating economy, that overthrew former president Omar al-Bashir two years ago.

Altayib, who has registered for the welfare program but is yet to receive money, says that in her neighborhood of Al Kalakla, prices are 4 or 5 times higher than a year ago and her family has all but stopped buying meat.

Fuel price increases have put public transport beyond reach. “Ramadan is expensive, we have to rely on God,” she said.

The family support program came about as the government pursues an aggressive economic reform program monitored by the International Monetary Fund, hoping to win relief on at least $50 billion dollars in debt and access funding from international lenders.

The ongoing reforms have included a sharp currency devaluation in February and fuel subsidy cuts over the second half of last year. The IMF said in an October report on the reforms that they could lead to economic contraction, higher inflation, and social tensions in the short term.

The basic income scheme, known as Thamarat (fruits) or the Sudan Family Support Program, is an effort to soften the blow, officials say.

A survey of more than 3,000 families across Sudan from November to January showed that 30% were unable to buy staples like bread and milk, with price increases worsened by the COVID-19 pandemic, said Milena Stefanova, country manager for the World Bank.

The start of the support program was pushed back to late February because donors conditioned the release of funds they had pledged last year on the closing of the gap between the official and black market exchange rates.

“The delay in implementing the program reduces its impact because of the racing inflation in Sudan,” said Mohammed al-Jak, a University of Khartoum economics professor.

Sudan has received $820 million from the World Bank and donor countries for the program’s first two phases, which aim to cover 24 million people in 12 states for 6 months, the World Bank says.

The program is not yet funded to reach the remainder of the targeted 32.5 million, or for a potential extension of payments to a year.

Some beneficiaries told Reuters they would use the money to pay off debts, or cover rent or home maintenance. Intisar, however, said the money wouldn’t make a huge dent in daily expenses and would be more useful for her family if she saved it up and started a business.

“This amount has an impact, especially in Ramadan,” said Mohamed Aldai, a day laborer living in the Id Hussein area who said his family of 6 received 11,400 Sudanese pounds ($30).

Payments were made to 84,028 families in March and April, the World Bank says. The government estimates family size at about 5, and each member is entitled to a local currency monthly payment worth $5.

The government hopes to use the program to facilitate a permanent social safety net for the poorest million families, said Magdi Amin, senior advisor at Sudan’s Finance Ministry.

Amin Saleh, undersecretary at the Finance Ministry, says delays in payments so far are due to issues with verifying data and setting up transfers.

“People are struggling, we can’t afford to buy anything,” said Arafa Mohamed, a housewife in Al Kalakla.