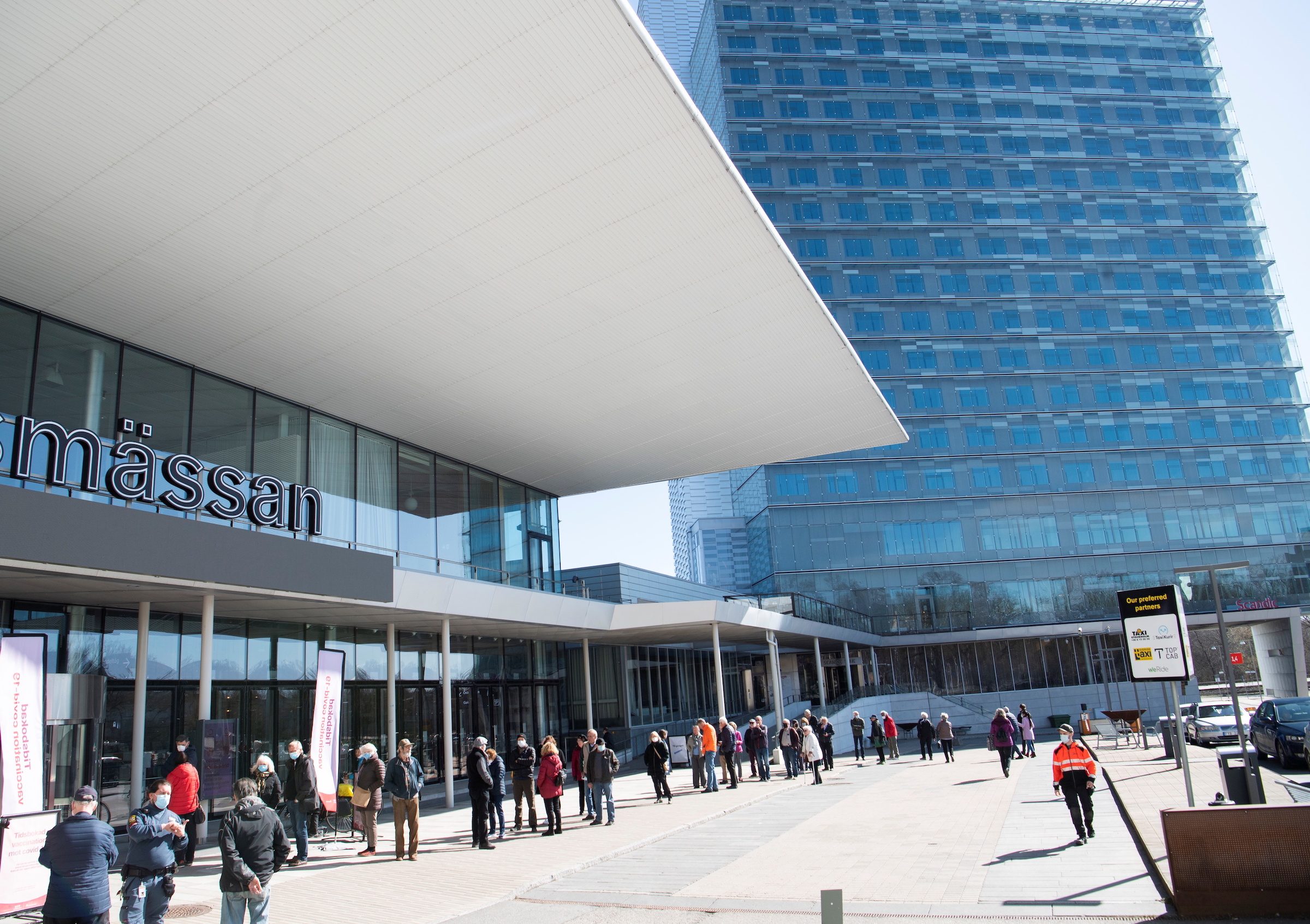 VACCINE QUEUE. People stand in line to get a vaccine against COVID-19 outside the Stockholmsmassan exhibition center in Stockholm, Sweden, April 8, 2021.

Facebook Twitter Copy URL
Copied
'This is a budget that will mean Sweden can keep working its way out of the crisis,' says Swedish Finance Minister Magdalena Andersson

Sweden’s spring budget will bring total spending on fighting the COVID-19 pandemic and laying the groundwork for a “green” recovery to $50 billion, the government said on Thursday, April 15.

Sweden has avoided the strict lockdowns periodically adopted across much of the continent, helping to soften the blow to the economy, which shrank a modest 2.8% last year.

But the pandemic has still forced the government to adopt extraordinary measures to support companies and individuals, as well as meet soaring healthcare costs. The total bill is now estimated at around 420 billion Swedish crowns ($50 billion).

“It is an astronomical sum, but it has been possible because we saved up during the good times,” Finance Minister Magdalena Andersson told reporters. “This is a budget that will mean Sweden can keep working its way out of the crisis.”

Many of the measures in the budget had already been announced. A furlough scheme, allowing companies to put workers on shorter hours, has been extended up to the summer. So has support for small businesses and many other measures.

One fresh measure was a 1.8-billion-crown boost for job and education programs for youths and foreign-born citizens.

With Sweden in the grip of a third wave of infections – running at the highest rate in Europe except for San Marino – many of the measures may need to be extended again.

But the government still has plenty of scope to boost spending. Government debt levels of around 40% of gross domestic product are half the European average. Andersson said there would be no need for widespread tax hikes to restore public finances when the economy recovers.

“Government debt can go down in tandem with the recovery in the economy and as the economy grows,” she said.

However, Andersson did not exclude higher taxes for some.

“We have seen how the richest people in Sweden have pulled further ahead, so the richest can contribute a bit more, I think.” – Rappler.com