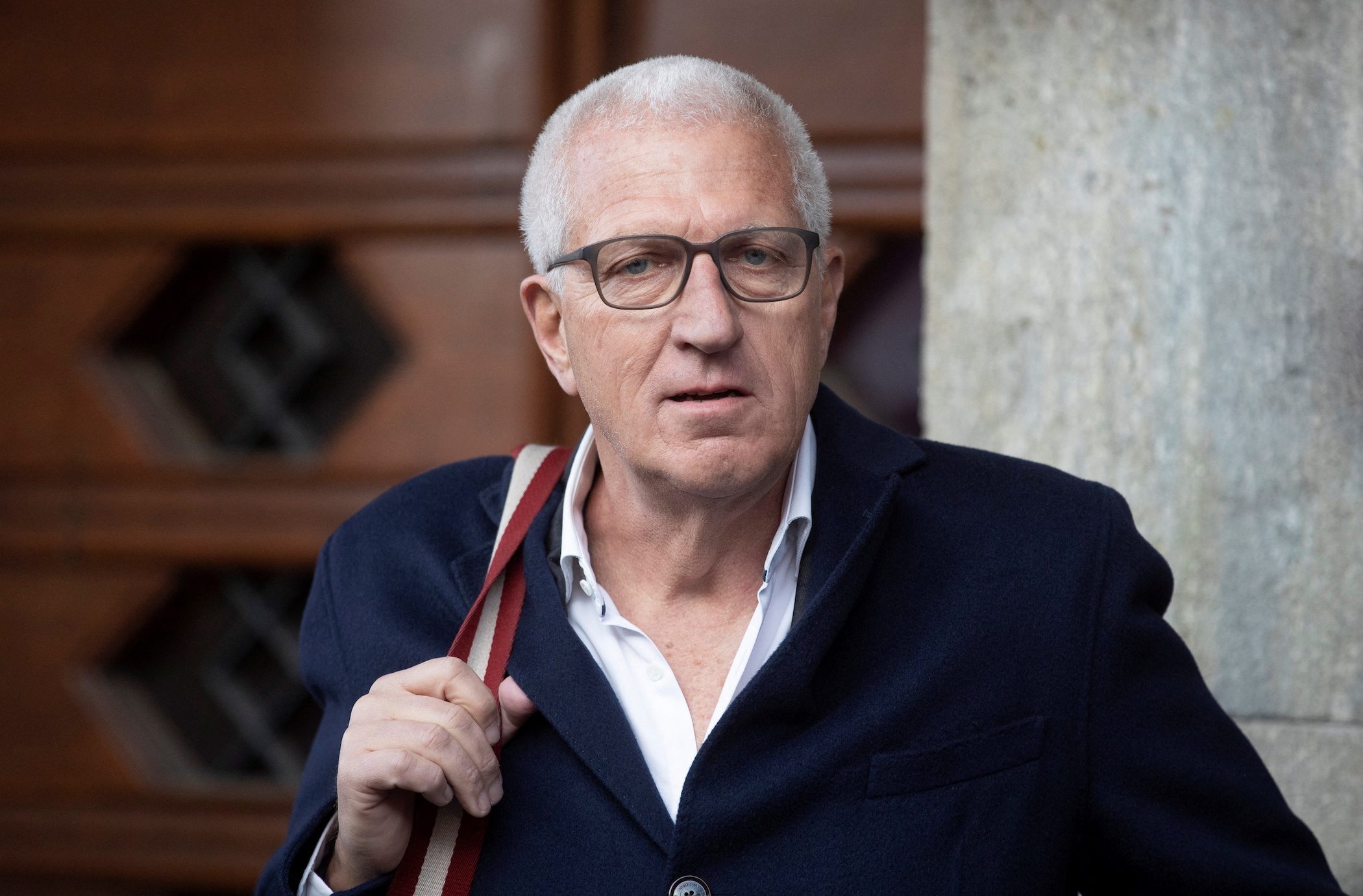 ON TRIAL. Pierin Vincenz, former CEO of Swiss Raiffeisen bank, waits for the continuation of a trial in front of the Volkshaus theater in Zurich, Switzerland, January 25, 2022.

Facebook Twitter Copy URL
Copied
'With regard to [visits] to bars and nightclubs, I fully stand by that these were justified by business,' says former top banker Pierin Vincenz

Pierin Vincenz, once a “banker of the year,” also told a Zurich court that a 700-franc dinner with a woman he met on dating app Tinder was justified because he was considering her for a real estate job and a trip to Australia was made to examine the country’s automated teller machines.

Most of the charges facing Vincenz in Switzerland’s highest profile corporate crimes trial in decades relate to allegations of illegal trades while he was chief executive of unlisted cooperative lender Raiffeisen Switzerland.

But the opening day of his trial, which was moved from a courthouse to Zurich’s Volkshaus theater due to the intense interest in the case, centered on the 65-year-old’s alleged misuse of the corporate expense account.

Prosecutors said Vincenz, who denies all charges, filed more than half a million Swiss francs in improper expenses which amounted to misappropriation and disloyal management.

They said the bills included nearly 4,000 francs for the repair of a hotel room at the five-star Zurich Park Hyatt, which was damaged during a “massive row” between Vincenz and a strip club dancer he was dating at the time.

He is also alleged to have billed Raiffeisen nearly 27,000 francs for a private jet during a cooking club trip to Mallorca.

The case primarily centers around conflicts of interest on deals between a number of firms in which Vincenz and another defendant were involved. Both men are also accused of forgery.

Five other defendants are accused of anticompetitive behavior and acting as accessories on the corporate deals, through which prosecutors allege they made millions.

All seven defendants deny the allegations.

Speaking before judges after they had dismissed requests from lawyers for the defendants to postpone hearings or have charges revised, Vincenz said some of the bills, including for an attorney consulted after the hotel room fight, had been expensed by mistake, but were mainly bona fide business costs.

“With regard to [visits] to bars and nightclubs, I fully stand by that these were justified by business,” said Vincenz, sporting a white open-necked shirt and a dark suit, his light gray hair tightly cropped.

“There are individual invoices that appeared on the tab with regard to business trips, which [should have been] private, but on the whole these were justified by my business activity.”

While most cabaret visits had followed business dinners or events, some were made spontaneously on his own in the interest of meeting entrepreneurs and business managers, Vincenz said, adding that he had been tasked by Raiffeisen with developing the bank’s presence and public profile.

“Do I understand your claim correctly that, when you went alone to a cabaret, there were invariably business people present and every invitation was made in Raifeissen’s business interest?” one judge asked him.

In his last statement before the court hearing adjourned on Tuesday, Vincenz said, “I didn’t have the feeling I had done anything criminal here.”

Prosecutors are seeking nearly 70 million Swiss francs ($77 million) in total in assets from the seven defendants, as well as pursuing financial penalties and prison sentences ranging from two to six years for all but one of them.

In 2018, the country’s financial watchdog FINMA found “serious shortcomings” at Raiffeisen, including interest conflicts and inadequate supervision in a probe related to fraud allegations against Vincenz.

FINMA discontinued its proceedings against Vincenz in late 2017 after he resigned from all executive management positions at Swiss financial institutions and promised not to take such roles in the future.

Swiss prosecutors opened an investigation, however, and Vincenz was held in custody for three and a half months in 2018.

Raiffeisen declined comment on the case beyond noting that it was a private plaintiff in the criminal proceedings. It is not facing any charges and has said that it has improved corporate governance since FINMA’s probe. – Rappler.com