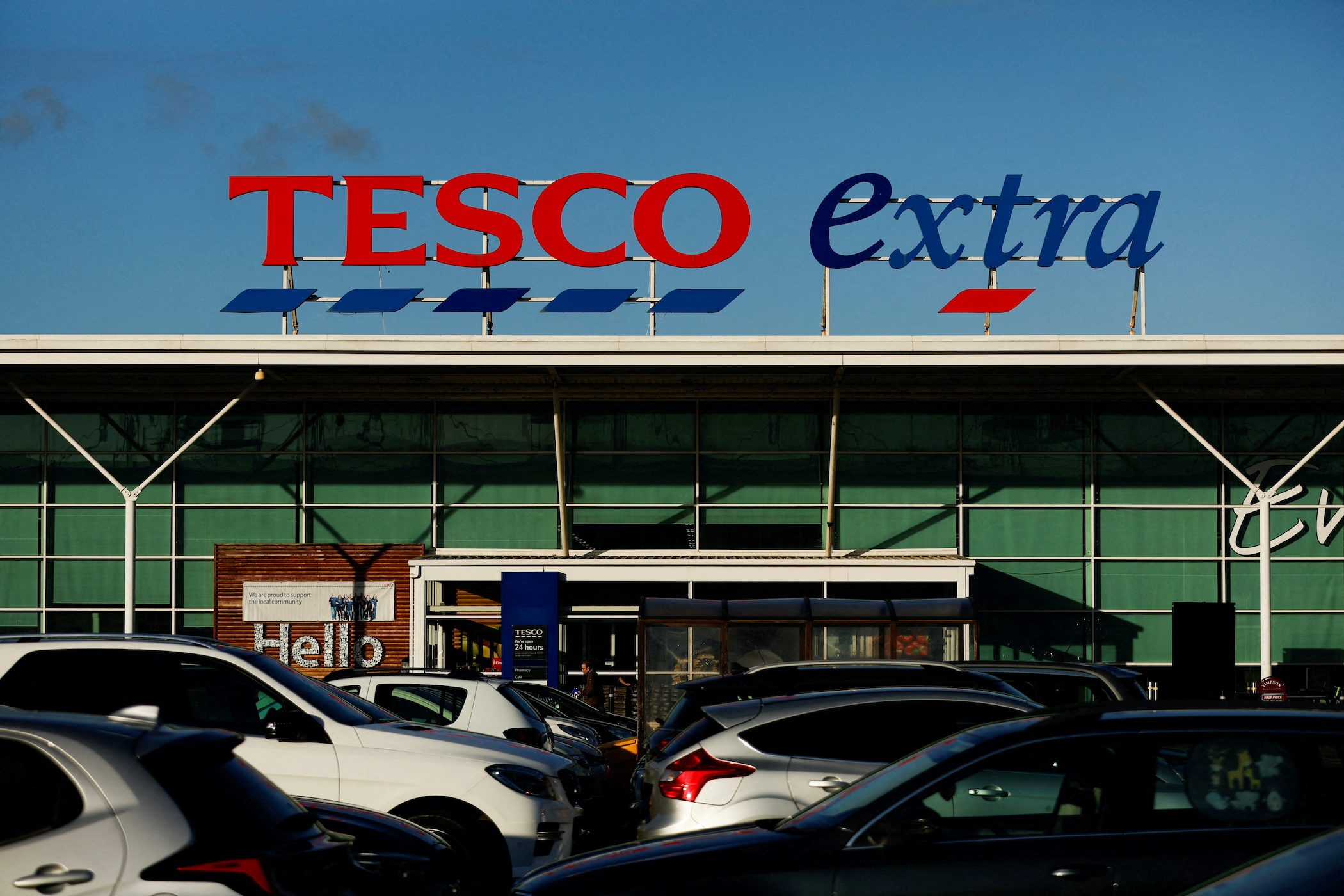 TESCO. A general view of a Tesco Extra store in Warrington, Britain, January 13, 2022.

Facebook Twitter Copy URL
Copied
'It has been many years since we last saw living costs rise at the rate they are today,' says Tesco CEO Ken Murphy

LONDON, United Kingdom – Tesco, Britain’s biggest retailer, warned of a drop in profits this financial year as surging inflation piles pressure on the supermarket group and its customers alike.

Shares in the company, which has a more than 27% share of Britain’s grocery market, were down 5% at 0931 GMT, the biggest decline of a blue-chip stock in Europe.

That dragged down other grocery stocks, including Sainsbury’s, Marks & Spencer, and Ocado, as well as retailers such as JD Sports.

“Given the significant uncertainties in the external environment, we believe it is appropriate to provide profit guidance in the form of a wider than usual range,” Tesco said.

Britain’s inflation rate hit a 30-year high of 7% in March, even before April’s sharp increase in utility bills. Surging prices are causing the biggest squeeze on household incomes since at least the 1950s.

Tesco said three factors would influence its performance – the return to more normal customer behavior after the COVID-19 pandemic, its ability to offset higher costs with savings elsewhere in the business, and the investment required to keep prices competitive.

“Inflation is very real for everyone. It’s household expenses going up and finances stretched. It has been many years since we last saw living costs rise at the rate they are today,” chief executive officer Ken Murphy told reporters.

A cost of living crisis and supply chain disruptions due to Russia’s invasion of Ukraine are weighing on Britain’s grocers.

Last week, No. 4 supermarket group Morrisons warned its annual profit could be hit by the conflict and rising inflation. No. 7 player, the Co-operative Group, pointed to “stark” economic headwinds.

The war in Ukraine has hurt supplies of sunflower oil, and has driven up animal feed and wheat prices, which has had a knock-on effect on meat, dairy, and bakery.

Soaring energy prices, as well as increased labor costs, have added to the cost of doing business.

Murphy said Tesco was “laser focused” on keeping the cost of the weekly shop in check and noted cheaper, own-brand products would play an important role. He said Tesco was in “great shape” to deal with the crisis.

Market data suggests shoppers have started to shift their buying habits to save money, opting for more own-label foods.

Analysts say Tesco is benefiting from its strategy of matching prices at discounter Aldi on 650 key lines, the popularity of its Clubcard Prices loyalty scheme, and the unrivaled scale of its store network and online operation.

Tesco raised its full-year dividend 19.1% to 10.9 pence a share and committed to return a further 750 million pounds to shareholders by April 2023 through a share buyback program.

“Tesco has proven its ability to adeptly navigate tricky periods and few would bet against it doing so again,” said Zoe Gillespie, investment manager at Brewin Dolphin. – Rappler.com