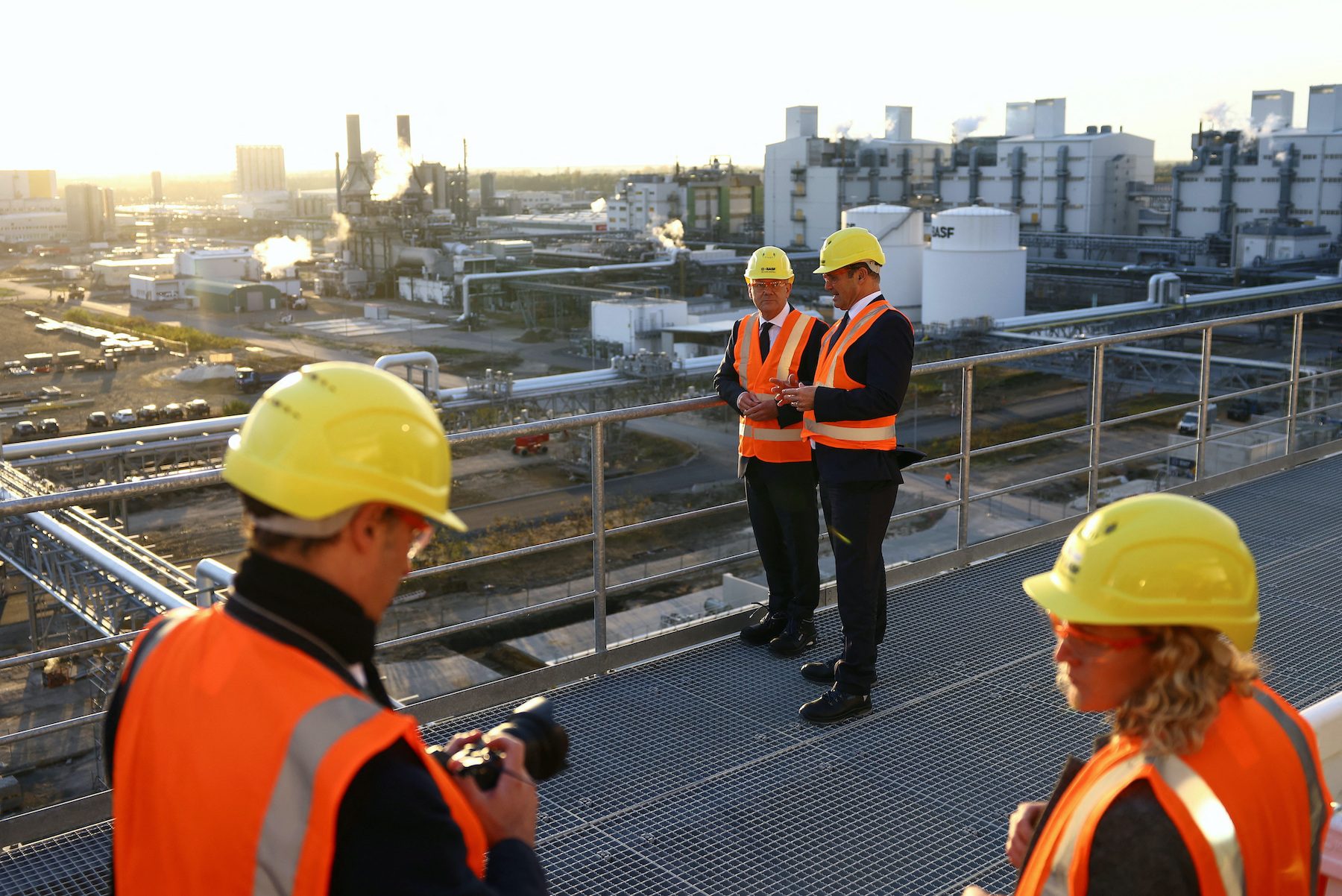 BASF. German Chancellor Olaf Scholz stands next to Martin Brudermueller, chairman of the board of executive directors of BASF SE, during a visit to the company in Schwarzheide, Germany, November 1, 2022.

Decades-high inflation and the impact of the war in Ukraine have pressured companies across Europe to consider laying off people or put a freeze on hiring.

Below are some of the companies that have announced layoffs to rein in costs:

The Swedish engineering group launched a restructuring drive at its energy and marine units affecting around 500 employees, including the effect from a wind-down of Russian operations, after weak tanker market and soaring costs hit marine business.

The German chemicals maker announced a new savings program that will include an undisclosed number of job cuts, and later said its European operations needed to be “permanently” reduced.

The Finnish airline will cut about 150 jobs, of which 90 are in its home country, as part of a plan to return to profitability.

The Turkish fast grocery delivery firm plans to cut 14% of its staff globally due to rising inflation and costs, a source with knowledge of the matter told Reuters.

Germany’s Henkel, the company behind Schwarzkopf, will cut about 2,000 positions due to low demand for its products, as well as rising costs and global supply chain issues.

The garden equipment and tools maker will cut 1,000 jobs, the vast majority of them related to the shift from gasoline to battery-powered tools. The news came after the company reported weaker-than-expected Q3 results.

The Swedish payments company is slashing 10% of its 7,000-strong workforce after rampant inflation and the war in Ukraine hit business sentiment.

The Italian state-owned bank has agreed with unions to cut 4,125 staff, out of a total of 21,015, by the end of the year through a costly, voluntary early retirement scheme.

The Dutch medical equipment maker will cut around 4,000 jobs, or 5% of its workforce, to counter falling sales and after a massive recall of its respiratory machines.

The Norwegian fish farmer announced temporary layoffs of 851 employees as the Norwegian government plans to hike taxes on salmon farms to aid its fight with inflation.

The Spanish wind turbine maker plans to cut 2,900 jobs, mostly in Europe, as part of a plan to return to profitability.

The Swedish cloud communications company will lay off 150 staff, almost 4% of its workforce, as it targets gross savings of at least 300 million Swedish crowns per year.

The world’s fourth largest carmaker indefinitely laid off an unspecified number of workers at its stamping plant in Michigan to mitigate impacts from supply chain issues.

Valmet launched negotiations in May for temporary layoffs at its valve factory in Helsinki of up to three months, affecting about 340 employees, due to reduced orders caused by the war and China’s COVID-19 restrictions.