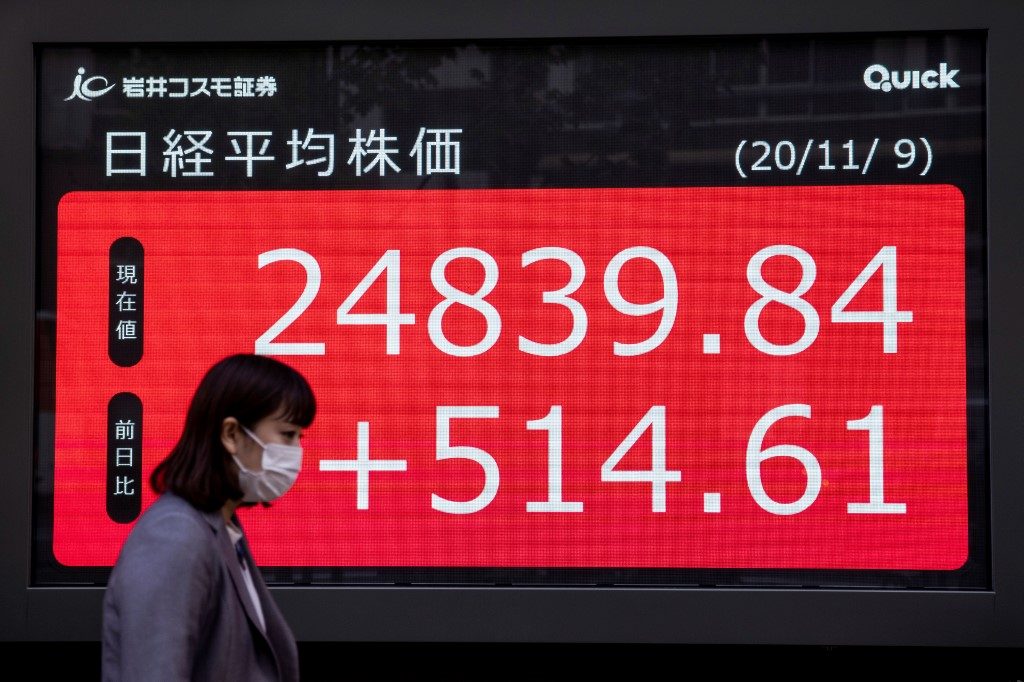 A pedestrian walks past an electronic board displaying the closing numbers of the Nikkei 225 index in Tokyo on November 9, 2020, as Asian markets react to results of the US presidential election. (Photo by Behrouz MEHRI / AFP)

Tokyo stocks surged more than 2% to end at a 29-year high on Monday, November 9, after Joe Biden was elected the next United States president in a close contest that eventually delivered the outcome investors expected.

The Nikkei is now sitting at levels not seen since 1991.

The gains came after the US market ended the best week since April, although the Wall Street session on Friday, November 6, was lukewarm as vote counting was still ongoing.

In Tokyo trading, internet investor SoftBank Group jumped 5.37% to 7,083 yen. It said after the market close that 1st half net profit soared 346.7%, sealing a strong recovery after a massive annual loss.

But Eisai dived 23.64% to 7,819 yen after it failed to get approval from a panel of US Food and Drug Administration advisers for an Alzheimer’s treatment the Japanese drugmaker is developing with Biogen.

Japan Airlines plunged 10.96% to 1,641 yen after it announced a public offering to shore up its capital.