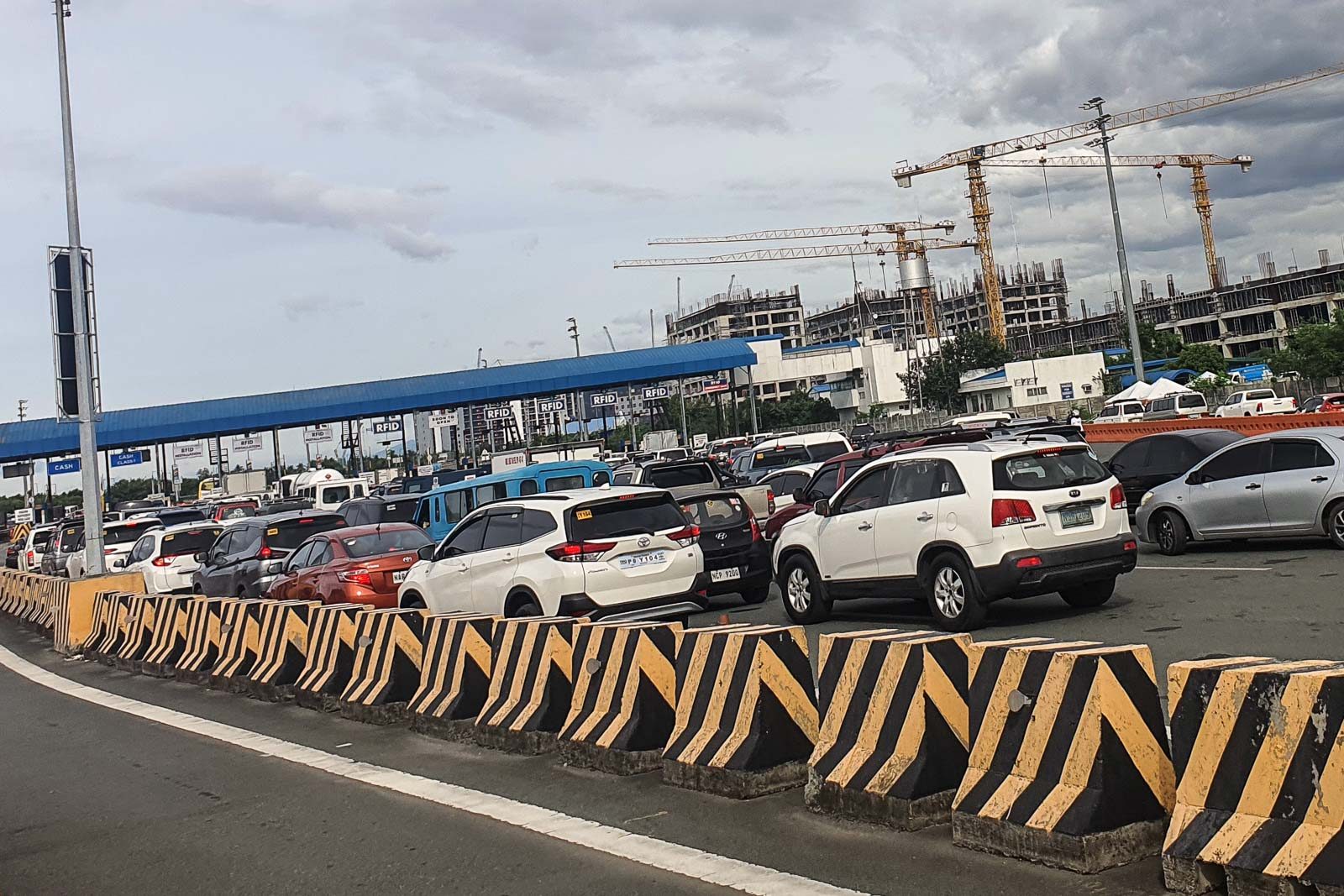 'BIRTH PAINS'. Heavy Traffic at the Cavitex northbound on the first day of implementation of cashless toll on December 1, 2020.

The Toll Regulatory Board said that the inconvenience experienced by motorists on the first day of the implementation of cashless transactions in tollways on Tuesday, December 1, are just “birth pains.”

TRB Executive Director Abraham Sales said that the surge in motorists passing through the expressways on Tuesday, December 1, was expected because of the program, coupled with the volume coming from long weekend travels.

“Admittedly, in the early morning [of Monday], we received reports that there is traffic buildup in some areas,” Sales said in a mix of English and Filipino.

“We call it ‘birth pains’ because it was the Day 1 of the implementation of this cashless toll collection program and we really expected the [volume] because we noticed that in the past days or weeks, there are still a lot of motorists getting RFID stickers,” he added.

But Sales said that the traffic flow was more manageable during the Wednesday morning rush hour, compared to that of Tuesday.

“There are really birth pains at the start. There would be glitches, problems, but we will continue to monitor and coordinate with the operators to improve the situation,” the tollways chief said.

The toll operators affirmed that the volume of vehicles on the expressways on Tuesday was heavier than usual, attributing this to Bonifacio Day travelers who were either going home or to work.

To ease the buildup at toll collection booths, some operators accepted cash payments on Tuesday.

At the North Luzon Expressway, NLEX Corporation assistant vice president for operations West Dionisio said that around 11,000 stickers were placed on vehicles on Day 1 of the scheme. Some 35,000 motorists who have RFID stickers but “didn’t have enough load” caused the queues at NLEX.

“Almost all of our lanes at Bocaue Interchange had to accept cash payments. For those who didn’t have enough load, we processed their load requests,” Dionisio said.

The added that around 1,000 motorists experienced system issues, which, she said, was “very low” compared to the average volume of 60,000 vehicles.

At the Cavite Expressway (Cavitex), C5 South Link, and Cavite-Laguna Expressway (CALAX), MPT South Corporation did not accept cash payments at all on Tuesday.

According to Skyway O&M Corporation CEO Manny Bonoan, tollways at the South had an 85:15 RFID-to-cash payments ratio.

Bonoan noted that at the South tollways, “the average exit transaction in Skyway, NAIAx, SLEX, and STAR is about 820,000 a day.”

“Translating that, we have 700,000 exit transaction using RFID, which is a very significant reduction in the number of cash toll collections,” he added.

He added that they are expecting around 120,000 motorists passing through South tollways who need to have RFID stickers.

In August, the Department of Transportation (DOTr) ordered all toll operators to shift to contactless payments in a bid to prevent the spread of COVID-19. The deadline was originally set in November but extended to December.

Some motorists are complaining about the need to have two RFID stickers for both the Ang and Pangilinan-operated expressways.

According to Bonoan, SMC’s Autosweep RFID sticker can now be used in tollways that use MPTC’s Easytrip.

However, the reverse has yet to be implemented, according to MPTC chief coomunications officer Romulo Quimbo. MPTC has yet to complete the interoperability feature for Easytrip RFID.

Having two wallets with a single RFID sticker is under Phase 2 of the government’s cashless toll collection program.

Once Phase 2 is completed, toll operators will work on having one RFID sticker and one wallet for all expressways for the final phase of the program. – Rappler.com