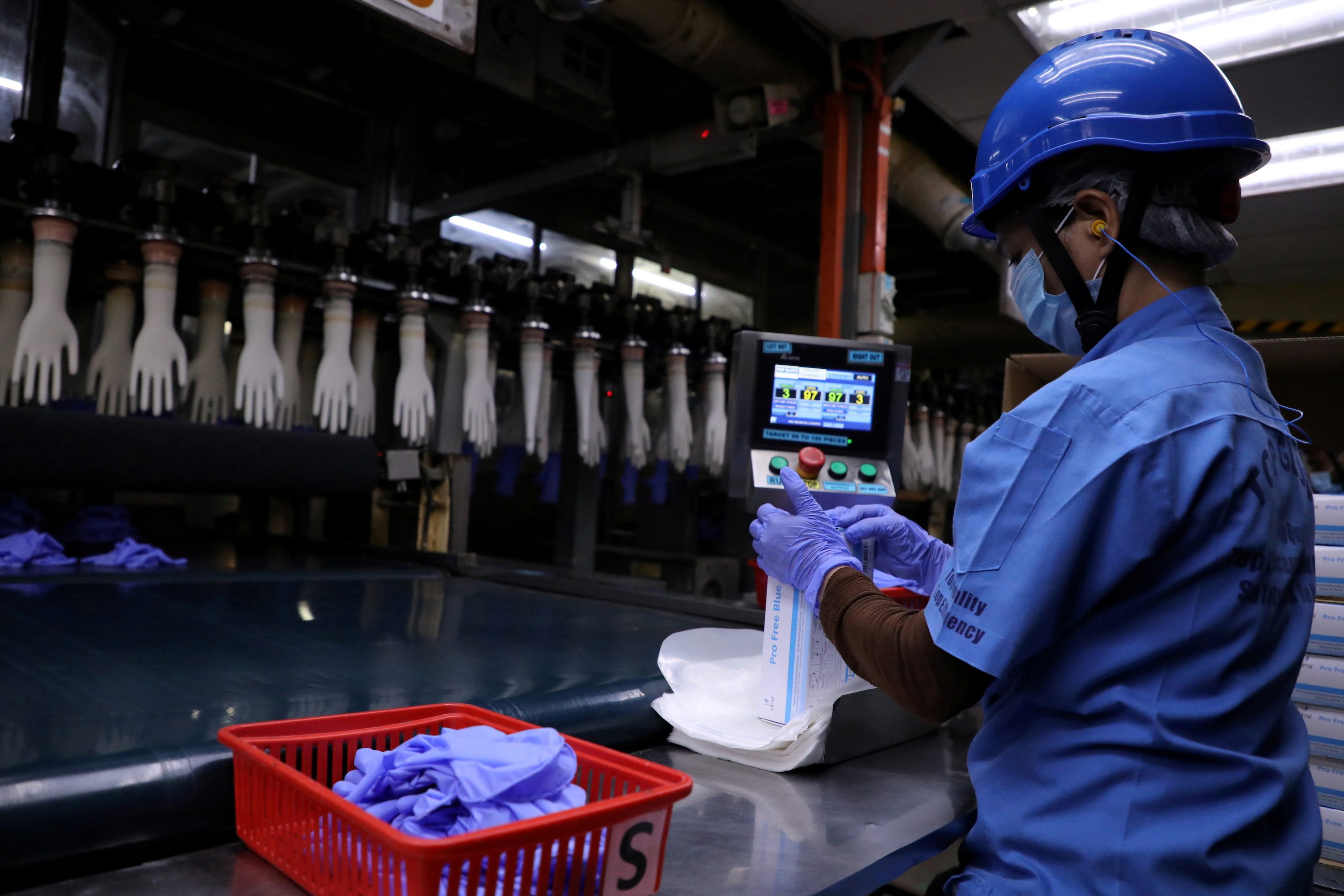 TOP GLOVE. A worker works at a production line at the Top Glove factory in Shah Alam, Malaysia, August 26, 2020.

Top Glove Corporation‘s plan to list in Hong Kong and raise up to $1 billion has been delayed as the world’s largest rubber glove maker seeks to resolve a US import ban on its products, sources with direct knowledge of the matter said.

The delay is another setback to the Malaysian company from a ban on imports on its products imposed in July by the US Customs and Border Protection (CBP) citing forced labor practices. That ban has taken the shine off Top Glove, which otherwise posted a record profit in its latest quarter due to booming demand driven by the COVID-19 pandemic.

Top Glove, which is already listed in Kuala Lumpur and Singapore, flagged in April it would sell 793.5 million shares in the listing, half what it proposed in its application to the Hong Kong bourse in February.

Before that, in March Reuters reported that Citigroup and UBS Group opted out of working on the deal due to the labor practice concerns.

However, the deal has now stalled as the company awaits word from CBP on whether the ban would be lifted any time soon, the sources told Reuters.

Potential investors questioned Top Glove and its advisers on the sanctions during preliminary briefings ahead of the listing, they said.

Top Glove had hoped to complete the listing by the end of the second quarter in 2021, said the sources, who could not be named as the information was not yet made public.

Top Glove told Reuters in an emailed statement it could not comment on the listing process due to regulatory reasons.

“However, Top Glove remains committed to the proposed IPO (initial public offering) in Hong Kong and where appropriate, material developments regarding this will be announced on the relevant stock exchanges,” it said.

Top Glove shares were down 2.3% in Kuala Lumpur on Tuesday afternoon, June 1. They have lost about 17.3% so far in 2021 after their near-fourfold gain last year.

US Customs prohibited the import of Top Glove products last year, saying it had found reasonable evidence at the company’s production facilities across Malaysia indicative of forced labor practices.

Top Glove said in April it has resolved all indicators of forced labor in its operations and that this had been verified by the London-based ethical trade consultant Impactt Limited.

But Customs had two of Top Glove’s shipments seized in May and said it had found evidence of multiple forced labor indicators in Top Glove’s production process, including debt bondage, excessive overtime, abusive working and living conditions, and retention of identity documents.

CBP, in an emailed response to Reuters, said the length of the review process varies with the individual facts and circumstances of each case.

“CBP will not modify or revoke a Forced Labor Finding until it has information that all indicators of forced labor identified by the agency have been fully remediated and it is demonstrated that forced labor is no longer being used to produce the goods targeted,” it said.

The North American market accounts for 22% of Top Glove’s total sales volume, according to its latest accounts.

Analysts had largely kept their earnings forecasts for the company intact and said diversion of trade to other markets could cushion the impact of sales loss in the US market, as the pandemic continued.

The company has argued a Hong Kong listing is not urgent as it has 2.36 billion ringgit ($573.09 million) cash on its balance sheet, the sources said.

Instead, a listing is being pursued to diversify the firm’s shareholder base and take advantage of the increased liquidity in Hong Kong’s markets compared to Kuala Lumpur and Singapore, one of the sources added. – Rappler.com