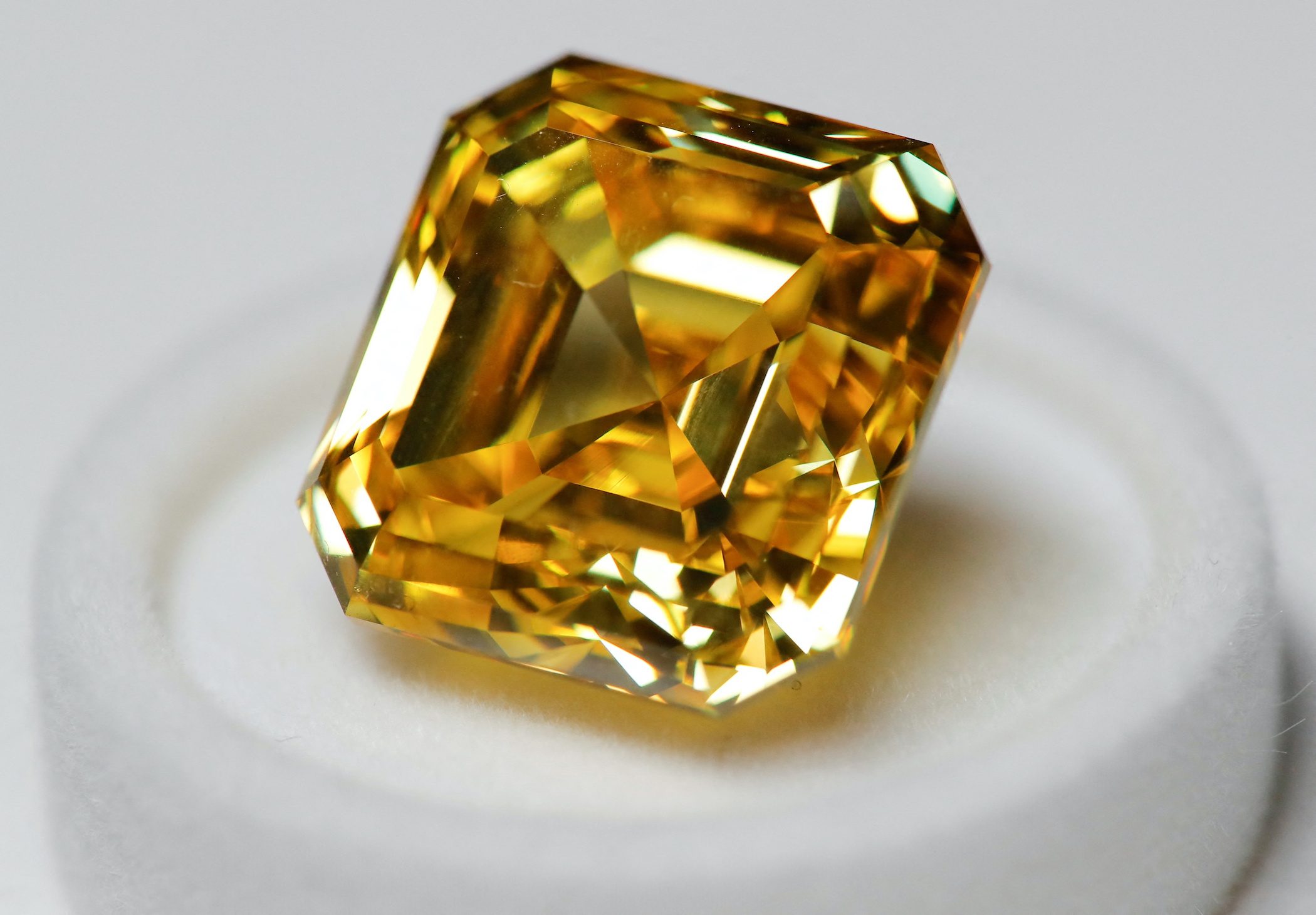 DIAMOND. A yellow diamond is pictured during an official presentation by diamond producer Alrosa in Moscow, Russia, February 13, 2019.

JOHANNESBURG, South Africa – Russia, supported by Belarus, Central African Republic (CAR), Kyrgyzstan, and Mali, has torpedoed a Western-backed proposal to discuss whether its diamonds are funding war ahead of an international conflict diamond meeting in Botswana, letters seen by Reuters show.

The rift in the Kimberley Process (KP), which certifies rough diamond exports, risks paralyzing the body which makes decisions by consensus.

The letters, which have not been previously reported, show a dispute over a proposal by Ukraine, the European Union, Australia, Britain, Canada, and the United States to discuss Russia’s invasion of Ukraine and whether to broaden the KP’s definition of conflict diamonds to include state actors at its June 20-24 meeting in Botswana.

The United States and Britain have already placed sanctions on Russia’s Alrosa, the world’s largest producer of rough diamonds, which accounted for around 30% of global output last year, and is partly state-owned.

A draft agenda dated May 20 included an hour-long slot to discuss the issue, but the item was removed after objections from Russia, Belarus, CAR, Kyrgyzstan, and Mali.

“We find ourselves at an impasse,” Botswana’s KP chair Jacob Thamage told participants – who include 85 nations, industry representatives, and civil society organizations – in a June 9 letter urging them to find common ground.

Officially labeling Russian diamonds “conflict diamonds” would require widening the definition. The KP Civil Society Coalition has been calling for such a change for years, along with some KP member countries.

The certification scheme, designed to eliminate the trade in so-called “blood diamonds,” was set up in 2003 in the wake of devastating civil wars in Angola, Sierra Leone, and Liberia, which were largely financed by the illicit diamond trade.

Russia’s KP delegate said in a May 20 letter that the situation in Ukraine has “no implications” for the Kimberley Process and is “absolutely beyond the scope” of its certification scheme.

Belarus, CAR, Kyrgyzstan, and Mali all similarly argued that the proposal was “political” or outside the scope of the KP, and that its inclusion on the agenda was inappropriate. All four countries have backed Russia in recent United Nations General Assembly votes.

War-torn CAR is the only country in the world currently under a partial KP embargo for rough diamond exports. Russia, with which it has close trade and security ties, has worked to lift those restrictions.

Mali also has close ties with Russia. Hundreds of Russian military contractors have deployed there since the beginning of this year to help the government fight insurgents.

“If the Kimberley Process is to be a credible guarantor that diamonds exported with a KP certificate are actually conflict-free, it cannot refuse to consider the valid questions that have been raised about whether rough diamonds exported by Russia are financing its invasion of Ukraine,” Canada’s Ioanna Sahas Martin wrote to the KP chair earlier this month.

In a letter to the chair on Monday, June 13, Ukraine KP representative Andrii Tkalenko proposed two amendments to the certification scheme: To widen the definition to include government actors, and to allow KP countries, by a majority vote, to expel a country that infringes on another KP member’s sovereignty.

Britain, the European Union, and the United States also said Russia should step down from the KP committees it currently chairs.

“Inaction would undermine the credibility and integrity of the Kimberley Process not only as a conflict prevention mechanism but also as a trade regulation mechanism,” the European Commission’s Marika Lautso-Mousnier said in a letter. – Rappler.com

Rare white diamond up for auction in Hong Kong