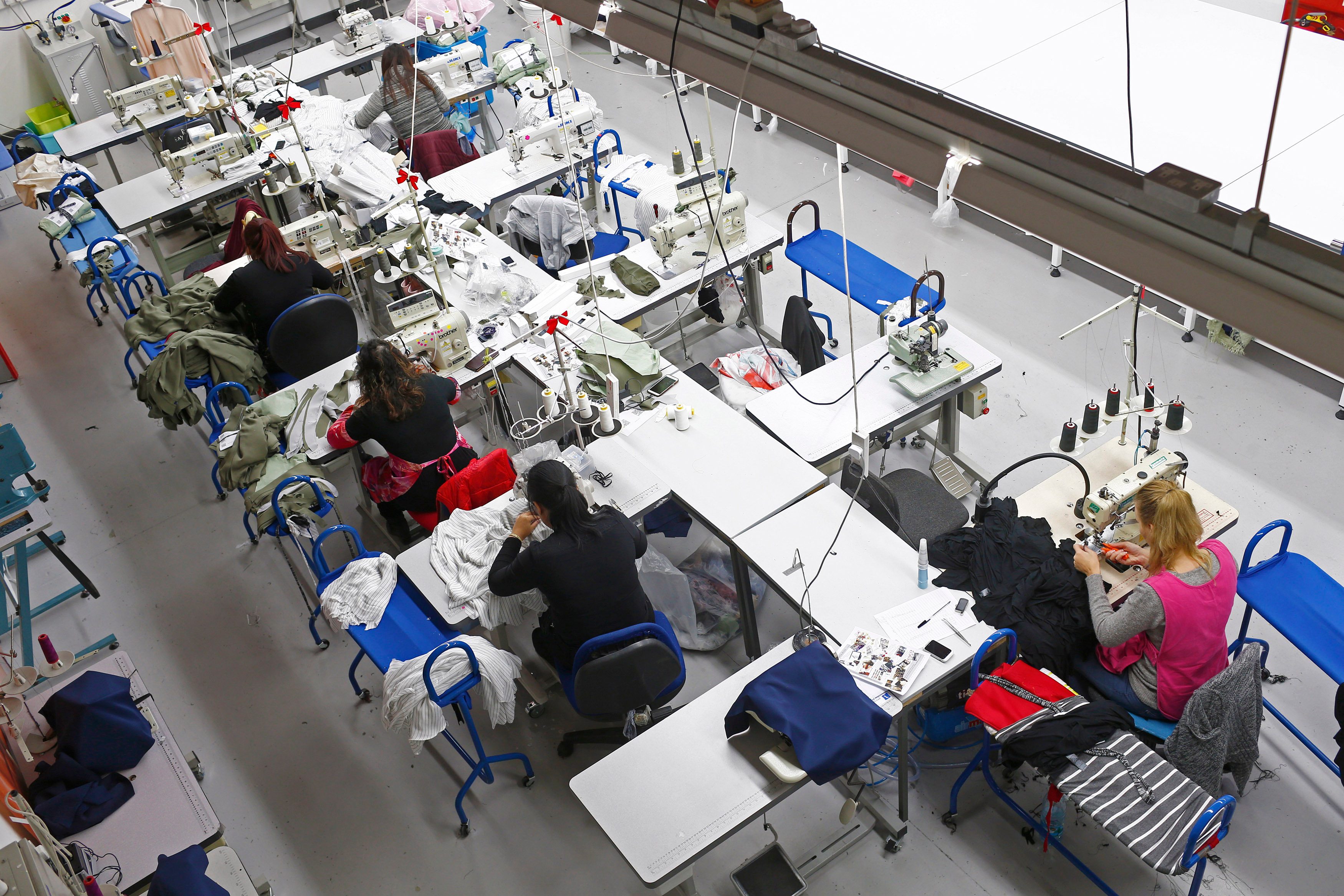 FACTORY. Women work on sewing machines at a factory in London, England, January 8, 2016.

The government should set up a Garment Trade Adjudicator to ensure retailers treat their supplier factories fairly, according to parliament’s Environmental Audit Committee (EAC) which has been examining fashion sustainability since 2018.

Fast fashion brands such as Boohoo came under fire last July following media and campaigner reports that factory workers in Leicester, central England, were paid as little as 3.50 pounds ($4.40) an hour, well below the legal minimum wage.

The government has since set up a multi-agency task force to probe conditions in the sector and Boohoo has promised reforms but textile factories have come under pressure during the coronavirus pandemic with brands delaying or canceling orders.

“Brands and retailers often wield considerable economic power in comparison to the suppliers they source clothes from,” committee chairman Philip Dunne said in a letter to Britain’s department for Business, Energy and Industrial Strategy (BEIS).

“A Garment Trade Adjudicator could help to ensure undue economic pressure is not placed on suppliers to cut corners on pay and conditions,” he said. “We suspect this would have more effect, more rapidly, than introducing a licensing system.”

The British Retail Consortium – a trade association – has proposed a licensing scheme to stop rogue firms from accessing the market and undercutting legitimate fashion manufacturers.

A spokeswoman for BEIS said the government would “not stand for” the exploitation of vulnerable workers for commercial gain.

“We continue to engage with the sector to understand the systemic issues that lead to non-compliance and what measures can be used to tackle them,” BEIS said in a statement.

Online fast fashion retailers demand ever-lower prices and quicker production from suppliers, who then use subcontractors where the risk of abuses, from underpayment to debt bondage, is higher yet far harder to identify and address, advocates say.

The EAC said the adjudicator could follow the example of the grocery’s industry watchdog, which has the power to investigate brands’ purchasing practices and supplier relationships, issue recommendations, “name and shame” offenders, and impose fines.

Campaigners backed the EAC’s proposal for a watchdog.

“We welcome the [Garment Trade Adjudicator] initiative which focuses on brand behavior rather than licensing options which put the focus on suppliers and let the brands off the hook.”

Industry experts say labor abuse in Leicester – which is home to about 1,500 textile factories and 10,000 garment workers – has gone unaddressed despite several exposés in recent years. – Rappler.com