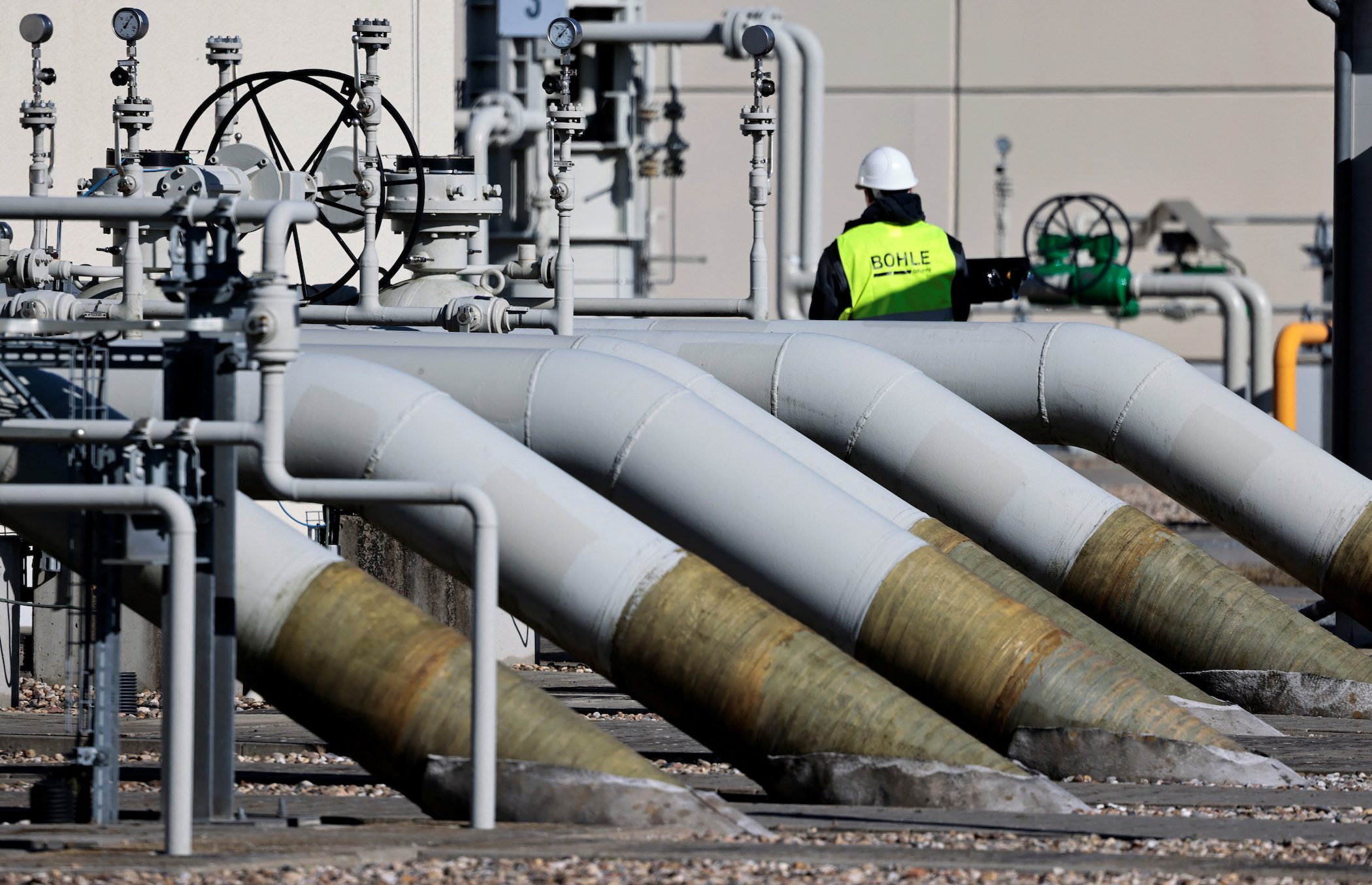 Facebook Twitter Copy URL
Copied
Diverting shipments from the existing Nord Stream 1 pipeline might be a tough sell for Germany and the rest of Europe, analysts say

WASHINGTON, USA – Ukraine is working behind the scenes to convince Western allies to shift Russia’s shipments of natural gas from the Nord Stream 1 pipeline to Ukraine’s pipeline, increasing Kyiv’s leverage in its conflict with Russia, energy officials told Reuters.

Doing so, they said, would force Russia to move more of its Europe-bound gas through Ukraine. That would make Moscow pay more transit fees that could help Ukraine’s wartime defense and deter Russia from damaging Ukraine’s gas pipelines in the meantime, they told lawmakers and Biden administration officials in Washington last week.

Representatives from Ukraine’s gas pipeline operator and gas firm Naftogaz spent a week in Washington meeting administration officials and congressional lawmakers to urge them to convince Germany and other European allies to adopt the plan.

Russia “depends on us transporting gas from Russia to Europe. This is something to leverage in our discussions with them and Europe can help,” said Olga Bielkova, director of international affairs for the Gas Transit System Operator of Ukraine, in an interview in Washington.

A White House official and Germany’s economy ministry declined to comment. On Wednesday, April 20, Germany said it will stop importing oil by the end of this year “and then gas will follow,” but did not specify when.

Diverting shipments from the existing Nord Stream 1 pipeline might be a tough sell for Germany and the rest of Europe, analysts said.

Doing so “does nothing to increase security of supply to Europe,” said David Goldwyn, a former State Department special envoy.

The move could also raise some legal dangers. Christian Egenhofer of the Brussels-based Centre for European Policy Studies said EU action against Russian imports could represent an illegal breach of supply contracts.

Russia currently moves 55 billion cubic meters of natural gas per year to Germany on Nord Stream 1. It moves another 40 bcm to Europe through Ukraine’s gas transport system and pays transit fees to Ukraine in US dollars.

Ukraine’s pipeline system has spare capacity of more than 100 bcm and could easily absorb the Nord Stream 1 flow.

Daniel Vajdich, an adviser to Naftogaz, said shifting all of Nord Stream 1 to the Ukraine system “would provide Kyiv with more leverage over Moscow and show the Kremlin that Europe is tying its own security to that of Ukraine.”

The officials proposed that 40% of Nord Stream 1’s capacity be redirected to the Ukrainian pipeline immediately, gradually increasing to 100% by April 2023. That would give EU states time to build up winter stockpiles and diversify.

The officials said they also sought US support for Ukraine to gain access to supply from liquefied natural gas terminals in Turkey.

Svitlana Zalischuk, adviser to the chief executive officer of Naftogaz, said Ukraine soon needs to secure its own supply of gas before its winter heating season begins in October. – Rappler.com